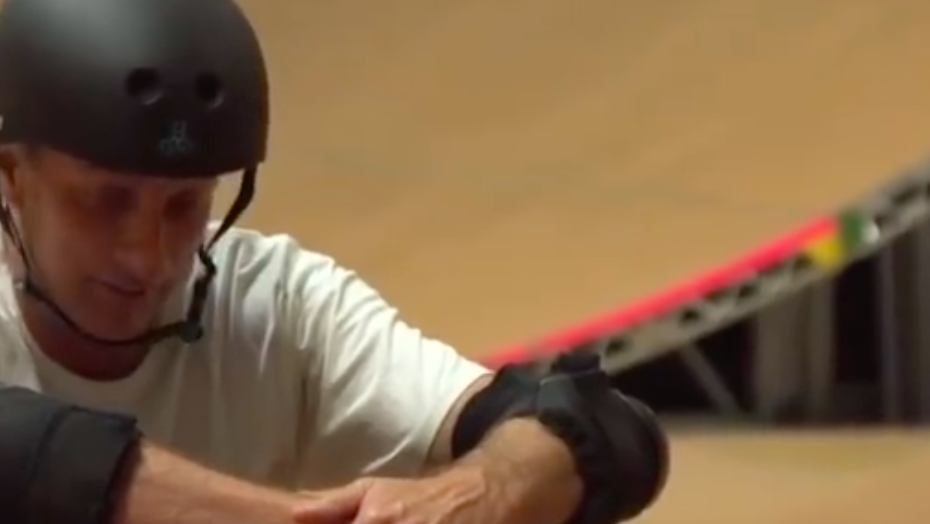 When you get knocked down in life, it’s all about how you respond. Will you stay stuck there in that victim mentality or get right back up and keep fighting, keep persevering, keep on going.

In Tony Hawk‘s case, he recently attempted a move he says he started trying in 1989: the ollie 540.

“In 1989 I started trying ollie 540’s as a joke, since it seemed there was no way to keep a skateboard on your feet throughout 1 1/2 spins in the air,” Hawk said in the Instagram post. “But at some point I started scooping the tail with my back toe, which kept my feet in place for most of the spin. When Stacy Peralta came to shoot my segment for Ban This, I decided to finally make one since he was using ultra high-speed film cameras.”

“You can see the progression of my feet staying on with this [unseen] raw footage of my attempts, before finally landing one… in a full squat, with hand dragging behind,” Hawk said. “It was the first of many that I’ve made over the last 32 years, and my technique improved as time went on.”

It took him multiple attempts as he posted behind-the-scenes footage of how that landing eventually came about. It wasn’t easy but he kept going.

“…they’ve gotten scarier in recent years, as the landing commitment can be risky if your feet aren’t in the right places,” Hawk said. “And my willingness to slam unexpectedly into the flat bottom has waned greatly over the last decade.”

You can see in the last video posted, the attempt he made before landing it, he took a deep breath, nodded his head as if he was telling himself he could do this, then launching down the halfpipe, facing yet another scary challenge but deciding he could overcome the fear and land it. Which, he did!

“So today I decided to do it one more time… and never again,” Hawk said. “You can swipe to see the progression of those attempts, including a slam that looks eerily similar to the one I took while shooting with Stacy. But this time I took down a camera, tripod and my pinky as collateral damage…Share your own toughest first tricks by tagging  #SkateboardersFirst and @vansskate in the post.”

What are some of your “first tricks” in life? Moments where it took a leap of faith and lots of courage but you decided to go for it. Whether that be going to college for the first time, pursuing your dreams, getting married, building your own business, or just being a boss running errands and serving your family by brining back that food on the table and owning your responsibilities. Let us know in the comments!