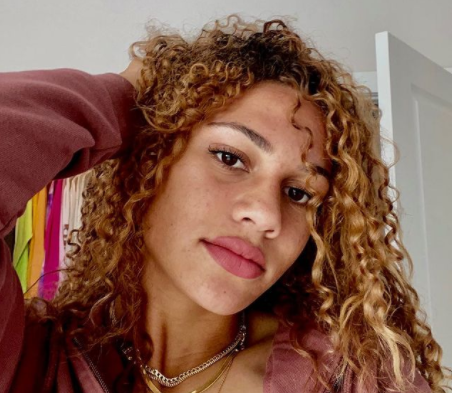 Trinity Rodman, the 19-year-old daughter of NBA Hall of Famer Dennis Rodman, signed a four-year, $1.1 million contract with the Washington Spirit on Wednesday. Her monster deal will go down as the largest contract in National Women’s Soccer League (NWSL) history.

Rodman is taking the soccer community by storm after finishing her rookie year. After becoming the youngest player drafted in the NWSL, she took the league by storm en route to earning NWSL Rookie of the Year and U.S. Soccer Young Female Player Of The Year honors.

She started 22 games her rookie season and made 25 appearances, scoring seven goals and dishing seven assists in the process. She also added 36 shots on goal and 40 key passes. It was a stellar season for who many people believe will be soccer’s next big female star.

RELATED: 25 of the Best Soccer Players of All-Time

After having her freshman year at Washington State canceled due to the COVID-19 pandemic, the Washington Spirit had enough faith in her to draft her second overall in the 2021 NWSL Draft. Despite having no college experience, it was the right decision for the franchise founded in 2013.

Rodman spoke about her rookie campaign in an interview with The Washington Post, where she stated:

“People are always going to—especially people who don’t know me and are new to the soccer world—see Dennis Rodman’s daughter. It comes with the name, but I definitely achieved what I wanted and [put out] the message I wanted, being so young, being a woman, being in the soccer world.”

The team finished with an 11-7-6 record in 2021, which was good enough for third-best in a league of 10 teams. After defeating the North Carolina Courage 1-0 in the quarterfinals, they defeated the No. 2 ranked OL Reign 2-1 in the semifinals – Rodman scored one of the goals.

Their win had them matched up with the Chicago Red Stars in the 2021 NWSL Championship, which took place on November 20, 2021. The Spirit prevailed with a 2-1 victory, leading Washington to their first-ever NWSL title win. It was the perfect end to Trinity Rodman’s rookie year.

In a statement released by the Spirit, president Ben Olsen said, “We’re excited to re-sign Trinity and continue to support her development as a player. She has accomplished a great deal early in her career and our focus is to provide the right environment for her to reach her potential.”

The Legacy of Trinity Rodman is Only Just Beginning

Rodman has been dominating the soccer field ever since she was 10 years old. As a member of the SoCal Blues, she helped lead her team to four National Championships in the Elite Clubs National League (ECNL). Her team also went on a five-year undefeated streak at one point.

Missing her freshman year of college was hard to cope with. She originally decided to attend UCLA, but ended up following her older brother to Washington State. Although her college career ended before it began, she made up for lost time as a rookie in the United States’ top league.

The 19-year-old forward is just getting started, evidenced by her four-year, record-breaking contract. With her returning to the Washington Spirit in 2022 and beyond, it’s clear the franchise is taking a turn for the better after posting at least 10 wins for the third time in franchise history.

The turn for the better comes after a season full of drama, despite winning the title. The Spirit ended up firing their manager near the end of the season and owner Steve Baldwin is currently being forced to sell his stake in the team – both of which were moves that needed to be made.

YOU MAY ALSO LIKE: 30 Greatest Female Athletes of All-Time

For now, the Washington Spirit is looking ahead to the 2022 NWSL season, which will begin on March 19th with the NWSL Challenger Cup. With Trinity Rodman buying into the franchise for the next four years, big things are on the horizon for the league’s biggest young superstar.