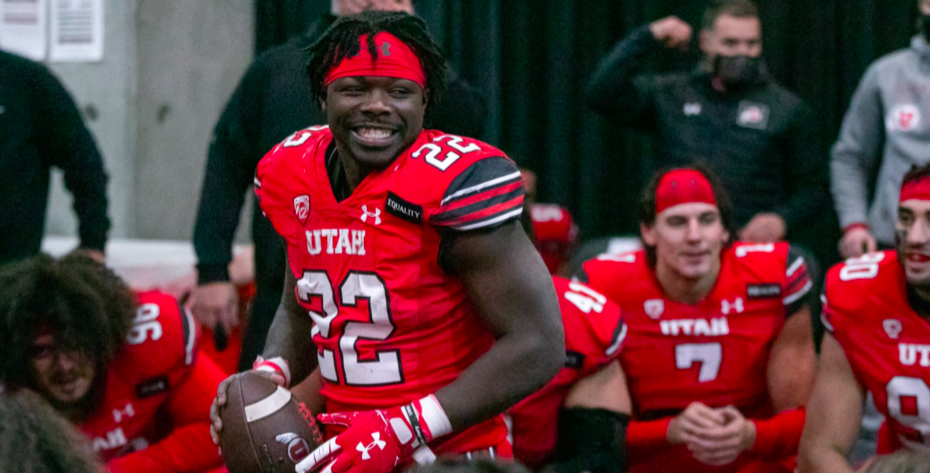 A family, a community, a college football team, and a university is going through the unthinkable right now as they are mourning the loss of a loved one, a brother, a son, and a teammate.

According to the AP, on Saturday, December 26, it was announced that “Ty Jordan…died at a Dallas-area hospital after accidentally shooting himself.”

“Words cannot express the devastation and heartache that our team is feeling right now upon learning of the tragic death of our teammate and brother, Ty Jordan. Ty’s personality and smile were infectious and he made a huge impact on our program in the short time he was with us. He leaves an indelible mark on each of us and our thoughts and prayers go out to his family and friends.  From the bottom of our hearts, all of us in the Utah Football Family want to say we love you Ty and may you rest in peace.”

The Ty Jordan Memorial Scholarship was made in his honor:

“The Ty Jordan Memorial Scholarship will honor the memory of former football student-athlete Ty Jordan, who tragically lost his life on Dec. 25, 2020, less than a week after concluding a memorable freshman season for the Utah Utes. The Ty Jordan Memorial Scholarship will be awarded to a student-athlete in the football program who exemplifies the inspiring qualities that Jordan displayed through his work ethic, positivity, and perseverance through adversity.”

If you’d like to donate to the scholarship in honor of Jordan, you can do so on Utah’s give webpage.

The standout freshman running back had such an incredible season, he was awarded the Pac-12 Freshman Offensive Player of The Year. In just five games, Jordan had 597 rushing yards, six rushing touchdowns, and 126 receiving yards.

Jordan’s accolades on the field speaks for itself:

But, beyond football, Jordan is remembered for “his infectious smile and big heart” as people from all over send in their prayers and tributes:

Jordan was also remembered for this moment:

As Today reported in November 2019 when Jordan was in high school, an opponent asked to pray for his mother after the game: “(Gage) Smith asked Jordan if the two friends could say a prayer together for Jordan’s mother, Tiffany Jordan…Smith found out in a group chat online that Jordan’s mother had cancer.”

Such a powerful moment. One that encouraged so many, including Tiffany herself.

In an interview with Today in November 2019, Tiffany Jordan said: “It made me feel really good…I’ve been down and depressed, but that has lifted my spirits. A prayer, a kind word, a hug, especially when you know somebody is going through something, that’s like the best thing you can do for a person.”

Tragically, Tiffany passed away in August 2020.

The Jordans are really going through a lot right now. May now our prayers be with them and the Utah Utes community. And may God give them ultimate peace and comfort during this utmost difficult time, especially when the unthinkable happens and words can’t seem to do justice.