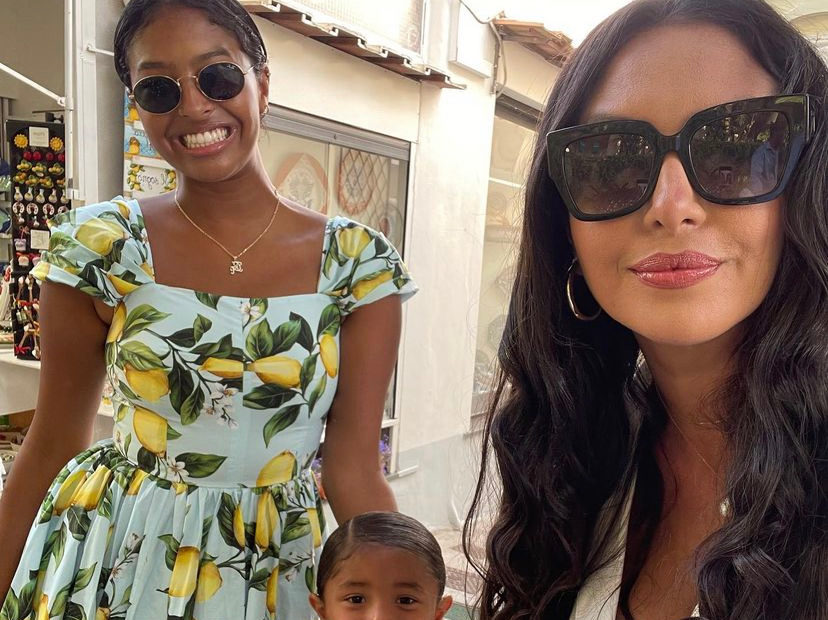 In January of 2020, Vanessa Bryant had to experience one of the worst possible griefs imaginable. On their way to a basketball game in Thousand Oaks, Kobe Bryant, husband to Vanessa, and their 13-year-old daughter Gianna were fatally killed in a helicopter crash.

Vanessa’s pain is surely unfathomable, but she told People in an interview after the accident that she is inspired to push forward for her daughters.

“This pain is unimaginable [but] you just have to get up and push forward,” the mother explained. “Lying in bed crying isn’t going to change the fact that my family will never be the same again. But getting out of bed and pushing forward is going to make the day better for my girls and for me. So that’s what I do.”

She went on to note, “I guess the best way to describe it is that Kobe and Gigi motivate me to keep going. They inspire me to try harder and be better every day. Their love is unconditional and they motivate me in so many different ways.”

Vanessa has three other daughters and she has never stopped being the best mother she can be to them. Natalie Bryant is the eldest at age 18, followed by Bianka, 4, and 2-year-old Capri. This summer, Vanessa scooped up her daughters and they embarked on a European excursion, visiting Italy, France, and Croatia.

Vanessa Bryant took to Instagram to share a family photo taken in Italy when Gianna and Natalie were young children. Aside from the photo of Bryant’s eldest daughters, Bianka and Capri were seen in the exact same spot as the original photograph. The caption reads, “Missing my baby girl, Gigi.”

Additionally, Natalie posted to her own Instagram a photograph of herself in the same spot. The difference is that she is now an adult, rather than a cheeky child.

Vanessa also discussed the reasons for the family vacation in an earlier Instagram post. Apparently, Natalia was expected to go to Croatia on a senior class trip in her last year of high school, but it was canceled due to the COVID-19 virus.

Of course, Vanessa could not stand to see her eldest child upset, so she took matters into her own hands. She wrote, “Kobe allowed Natalia to go on a trip to Croatia with her class her senior year of high school but unfortunately the trip was canceled due to COVID. I wanted to make sure that @nataliabryant got the opportunity to visit. It’s beautiful!”