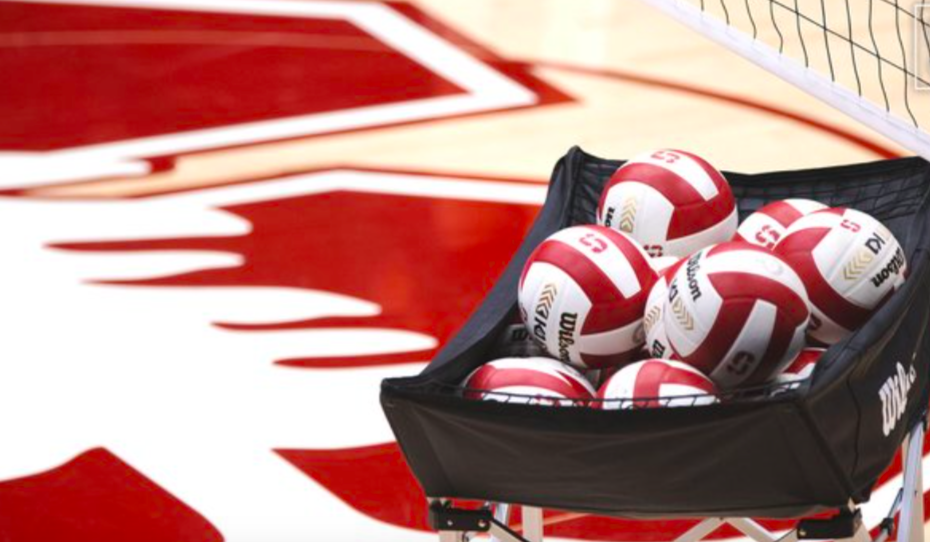 It’s a tried and true American sport to play during the summer with your family and friends, whether that’s at a camp on the sand or a make-shift set up on grass. Volleyball. (At least in the Midwest, Michigan specifically, that’s a thing). Along with the fall/winter season, volleyball is played indoors and those school teams are usually girls’ volleyball teams.

On the west coast (particularly California where wifey’s from), you already know volleyball is an even bigger deal because it’s a year-round thing. Whether indoors or outdoors, grab that volleyball because you never know when a game of pick-up could happen. And the sport spans across both genders, as well, with their being men’s and women’s volleyball teams.

To be an Olympic champion in this sport is I’m sure what many collegiate NCAA players aspire to be, as well, and actually for a lot of schools on this list, they saw its players represent Team USA in Tokyo!

And when you’re a student-athlete playing at a university that has a reputation for being dominant at the game, sending current and former players to the Olympics, let’s just say they are set (pun intended) up for success.

Ladies and gentlemen, without further ado, a list of:

You may have guessed some of them should be on this list, you may be surprised by a few. Either way, these schools truly know how to bump, set, and spike their way to championships.

The schools include both men’s and women’s indoor volleyball teams, specifically, and are ranked by the number of championships they each have. The number of title stats is courtesy of this NCAA page for the women’s teams, a compilation from NCAA.com’s Wayne Cavadi on ‘…9 NCAA women’s volleyball programs have won the most national championships’ and this NCAA page for the men’s teams.

Note: in parenthesis is the number of championships won per NCAA.com. And these are solely NCAA championships (not taking into account AIAW ‘ships).

According to NCAA.com, Hawaii’s win in 2002 was vacated (per the asterix) but they are officially the defending champions in men’s volleyball having won the 2021 title.

Again, known for being a football state, there’s enough room in the massive state of Texas for some volleyball dominance. And that’s what the Longhorns women’s volleyball team has served up.

There’s something about the pacific coast and volleyball. You’ll see a common theme of that throughout this article (although as you just saw don’t mess with Texas…and some midwest/east schools that you’ll also see).

BYU has bumped, set, and spiked their way to three national championships as this list now takes a turn to multiple three-time NCAA champs.

Uno, dos, tres. Count ’em! Long Beach State is one of the premiere volleyball schools in the nation. That’s for both the women’s and men’s team.

This one is special. Two reasons: My lovely bride and I got married…in Long Beach! At the Long Beach Museum of Art. On 11/11/17. Long Beach. Number-11.

So, have to include a Long Beach team here. And the fact that both the men’s and women’s squad have three titles a piece, that’s called consistency. And that’s what wifey and I are striving for every day, that consistent love no matter what adversity comes our way!

Aloha! It’s not all sand and surf in the islands. Toss in a volleyball while you’re at it. Specifically on the University of Hawaii’s campus where its women’s team is another NCAA program with three national titles to its name.

Another university that has a good volleyball program in both the men’s and women’s sport, is USC. The USC women’s volleyball team has three total national championships.

And the USC men’s volleyball team’s got four titles.

Staying in California, just headed south on the 405 (make sure to account for the traffic), we end up in Orange County at UC Irvine. Known for their recent baseball success, they’ve also been known to, you know, dabble in some volleyball…in a major way! The squad won four titles in just a six-year span (2007, 2009, 2012, 2013).

UCLA. Might as well be synonymous with volleyball just as much as it is with basketball.

What is Pepperdine you may ask? Located on an incredible campus in Malibu, the university’s vision is: “Pepperdine University will be a preeminent, global, Christian university, known for the integration of faith and learning, whose graduates lead purposeful lives as servant-minded leaders throughout the world…George Pepperdine envisioned an institution that would transform students’ lives so that they would, in turn, impact culture. “

It’s safe to say they’re helping continually accomplish what the university was set out to do. From Malibu to worldwide, one of the program’s former student-athletes also recently was set to give a talk over the summer with other “former Pepperdine Olympians (to) discuss their experience Going for the Gold” per a Pepperdine Men’s Volleyball tweet.

The Nittany Lions women’s volleyball program has served up seven, count ’em, seven national titles. That’s good for the third best all time in both the men’s and women’s game.

You’ve probably been waiting for this team on this list. Stanford women’s volleyball. When you hear that, you think one of the greatest programs of all time. Matter of fact, they’re the best NCAA women’s team of all time when it comes to NCAA titles. Stanford just gets the job done on the volleyball court year-in and year-out, a dominant volleyball school in the nation. If you know volleyball, you know Stanford volleyball.

UCLA. Men’s Volleyball. Domination. That’s all there is to it. They must’ve listened in on John Wooden’s motivational speeches for its basketball team or something. Because this has John Wooden-character-type-winning-dyansty-UCLA-Bruins all over it with 19. I repeat, 19 championships.

There you have it, the 20 best NCAA volleyball teams ever. Which team is your favorite? And how’s your school doing at volleyball? Do you enjoy playing the sport? Let me know in the comments!

Until then, bump, set, and…spike! Go have yourself a day filled set with gladness and gratitude.