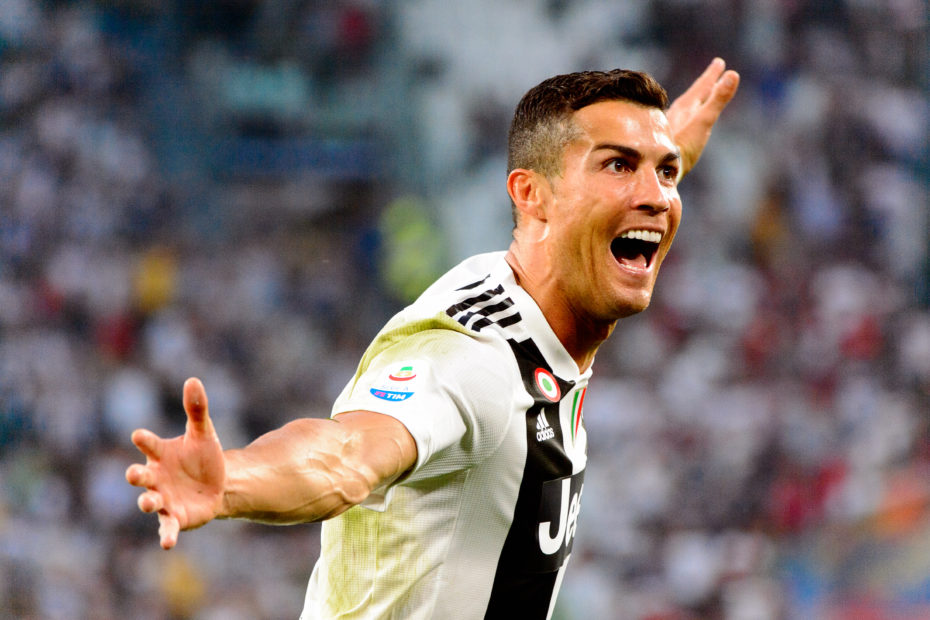 Who Has the Most Followers on Twitter in the Sport’s World?

Twitter is far from the most popular social media platform among athletes, but have you ever wondered who has the most followers on Twitter in the sport’s world? The results might surprise you, especially if you don’t spend a lot of time watching sports outside of the United States.

When Twitter launched in 2006 as a short messaging service (SMS) for small groups of people, the co-founders never imagined it would become what it has today. They always knew it had potential, but it’s actually a side project by the Odeo company at the time of its launch.

RELATED: 25 of the Top Sports Icons Who Has the Most Followers on Instagram

Who Has the Most Followers on Twitter Among Athletes?

Although Twitter got its start in 2006 (as Twtter), it didn’t rise to worldwide popularity until 2007 and continued to evolve through the turn of the decade. Since then, a number of famous athletes have built impressive followings on the site, proving how influential and revered they truly are.

With that said, the names on this list might be surprising to most fans – especially if you spend a majority of your time watching the four major pro sports leagues in the US (NFL, MLB, NBA, and NHL). Believe it or not, only three of the 20 most followed athletes on twitter play in the NBA.

As for the NHL, MLB, and NFL, they have zero athletes in the top-20. You’ll notice that a majority of the athletes are either cricket players or footballers (soccer players). If you don’t pay attention to those sports, continue reading and you’ll learn some of the most prominent names.

Harbhajan Singh joined Twitter in November 2009 and currently has 11.5 million followers. He played cricket for India from 1998-2016 and is regarded as one of the game’s all-time great offspin bowlers. He played in 537 Test, ODI, and FC matches, taking 1,466 career wickets.

Singh retired in 2016 with the ninth-most bowled balls in Test matches and was the ninth-fastest player to 400 wickets in Test history. He also recorded 7,716 runs as a batsman across all Test, ODI, and FC matches. He was most known for his personal rivalry against the Australians.

Speaking of all-time great cricket players that represented India well, Gautam Gambhir was a fine batsman for India from 2003-2016. He joined Twitter in December 2009 and currently boasts 12.1 million followers on the platform. He is now a member of East Delhi Lok Sabha parliament.

During his playing days, Gambhir recorded 4,514 runs in just 58 Test matches. He played in 403 career Test, ODI, and FC matches, recording a total of 24,545 runs and 63 hundreds. He once recorded a hundred in five consecutive matches, which ranks twice second in Test history.

Roger Federer joined Twitter in April 2013 and currently has 12.7 million followers to his name. He is widely regarded as one of the top-three male tennis players of all-time and many people consider him the greatest ever – period. He turned pro in 1998 and continues to play well today.

Karim Benzema joined Twitter back in October 2013 and currently has 13.6 million followers on the site. He’s widely regarded as one of the best strikers in the world and has enjoyed an illustrious 12-year career with Real Madrid, where he has won 13 major trophies and counting.

In that time, Benzema has recorded the most assists in club history and currently sits with the fourth-most goals in club history. He has also played for France’s international squad and scored 36 goals in 90 matches. Him and Cristiano Ronaldo formed quite the duo for a while.

Stephen Curry joined Twitter in May 2009 and currently has 15.6 million followers on the platform. He’s one of only three basketball players on this list and is regarded as the greatest shooter of all-time. He was drafted by the Golden State Warriors seventh overall in 2009.

He has spent his entire 12-year career with the Warriors and helped lead them to three titles in that span. He’s a seven-time Alll-Star, two-time scoring champ, one-time steal champ, two-time MVP, and seven-time All-NBA player. He’s averaging over 24 points per game in his career.

Wayne Rooney joined Twitter in April 2011 and currently has 17.1 million followers on the site. He is one of the most famous soccer players all-time and rose to prominence with Manchester United from 2004-2017. During that time, he won 16 major trophies and scored 183 goals.

He’s one of only two English players to win titles in the  Premier League, FA Cup, UEFA Champions League, League Cup, UEFA Europa League, and FIFA Club World Cup. He also scored 53 goals for England from 2003-2018 and is currently the manager of Derby County.

Gareth Bale joined Twitter in August 2012 and currently has 18.7 million followers on the social media platform. He’s a Welsh footballer that’s playing the winger position for Real Madrid. He has appeared in 174 matches and scored 81 goals for the team since joining them in 2013.

During the 2020/21 season, Bale has played 20 games on loan with Tottenham Hotspur and has scored 11 goals for the club. He also spent seven years with the team from 2007-2013, appearing in 146 games and scoring 42 goals. He also has 36 international goals for Wales.

Suresh Raina joined Twitter in March 2010 and currently has 19.4 million followers on the platform. He played cricket for India from 2005-2018 and was well-known as an attacking left hander that loved to hit the big shots. He played in all levels of the game during his career.

Kevin Durant joined Twitter in April 2009 and currently has a total of 19.4 million followers on the site. He’s the second of three basketball players on this list and is widely regarded as one of the best scorers of all-time. His combination of length, speed, shooting, and dribbling is unmatched.

Durant was drafted second overall by the Seattle Supersonics before their eventual relocation to Oklahoma City. He then won two titles with the Warriors before landing in Brooklyn. He’s a four-time scoring champ, one-time MVP, former Rookie of the Year, and 11-time All-Star.

Rohit Sharma joined Twitter in March 2010 and currently has 19.8 million followers. He’s a top-order batter for India and has enjoyed an extremely successful cricket career since 2007. He helped the Mumbai Indians win five Indian Premier League titles in its first 12 years.

He also helped India win two titles in international cricket without the help of Virat Kohli – whom he has formed quite the duo with. So far in Sharma’s 15-year career, he has amassed 44,708 career runs and 104 hundreds in 1,155 career Test, ODI, FC, T20I, T20, and List A matches.

Gerard Pique joined Twitter in December 2010 and currently has 20.1 million followers on the platform. He’s a Spanish footballer that’s playing the centre-back position for FC Barcelona. He has appeared in 378 matches and scored 29 goals for the team since joining them in 2008.

Regarded as one of the best defenders of all-time, Pique also appeared in 102 international matches for Spain – winning the 2010 FIFA World Cup and UEFA Euro 2021. He has won 37 major trophies in his 18-year career with Spain, Manchester United, and FC Barcelona.

Ronaldinho, also known as Ronaldinho Gaúcho, joined Twitter in April 2009 and currently has 20.3 million followers on the platform. He is widely regarded as the one of the greatest football players of all-time and some even consider him the greatest – period. He was one-of-a-kind.

He played both attacking midfield and winger throughout his 18-year career, in which he played in 511 matches and scored 205 goals. He was at his best with Barcelona from 2003-2008, scoring 70 goals in 145 games. He also scored 33 goals for Brazil in 97 international games.

Virender Sehwag joined Twitter November 2009 and currently boasts 22.5 million followers on the site. He began his cricket career in 1999 and enjoyed an incredible 15-year career, eventually retiring in 2013. He currently has the most triple hundreds in his Test career all-time.

Andres Iniesta joined Twitter in November 2009 and currently has 25.2 million followers to his account. He is widely regarded as one of the greatest midfielders of all-time and has enjoyed quite the 21-year career. He spent most of that time with Barcelona from 2001-2018.

With Barcelona, Iniesta won 33 major trophies. He was also named Footballer of the Year and Player of the Year during that time. He joined Vissel Kobe in 2018 and has won two trophies with them as captain of the team. He also has 13 international goals in 131 career appearances.

Kaka, also known as Ricardo Kaká, joined Twitter in July 2009 and currently boasts an impressive 29.3 million followers on the site. He was a Brazilian footballer who played as an attacking midfielder. He spent a majority of his career with AC Milan from 2003-2009.

In fact, Kaka was the first athlete to amass 10 million followers on Twitter and has nearly tripled that number since. He’s one of the most influential people in the world, both on and off the football field. He scored 149 career senior goals and 29 international goals in 553 matches.

Sachin Tendulkar joined Twitter in April 2010 and has amassed 36.5 million followers on the site ever since. He’s regarded as one of the greatest batsmen of all-time and many believe he’s the greatest ever – period. No other cricket player has ever scored more runs in Test matches.

LeBron James joined Twitter in March 2009, his seventh season in the NBA. He has earned 50.5 million followers on the platform since, becoming the third most-followed athlete in the world on Twitter. He is widely regarded as one of the greatest basketball players to ever play.

He was drafted first overall by the Cleveland Cavaliers in 2003 and spent time with the Miami Heat before returning to Cleveland and then joining the Lakers. He’s a four-time champion, 17-time All-Star, 17-time All-NBA player, six-time All-Defensive player, and four-time MVP.

Neymar Jr. joined Twitter in June 2010 and has amassed 55.4 million followers on the site ever since – making him the second most-followed athlete on Twitter. He’s one of the best footballers in the world right now as a forward for Paris Saint-Germain, where he has played since 2017.

Cristiano Ronaldo joined Twitter in June 2010 and has become the most-followed athlete in the world with 96.1 million followers on the site. He is widely regarded as one of the greatest footballers of all-time, winning five Ballon D’Or awards and four European Golden Shoes.

He has won 34 major trophies in his career and currently holds records for the most matches, goals, and assists in the Champions League all-time. He also has the most goals by an international male player and the most goals in the European Championship with 14 goals.

How Do These Athletes Compare to Other Celebrities?

Now that you know who has the most followers on Twitter among athletes, you might be wondering how those athletes compare to other celebrities and influencers on the platform. Well, you won’t have to worry for long because we have the answers you’ve been waiting for.

For example, Cristiano Ronaldo is the only athlete in the top-five among all users and only five athletes find themselves in the top-50. The rest of the top-five includes Barack Obama (130 million), Justin Bieber (114 million), Katy Perry (110 million), and Rihanna (102 million).

YOU MAY ALSO LIKE: 25 Athlete Activists That Motivate, Inspire, and Influence