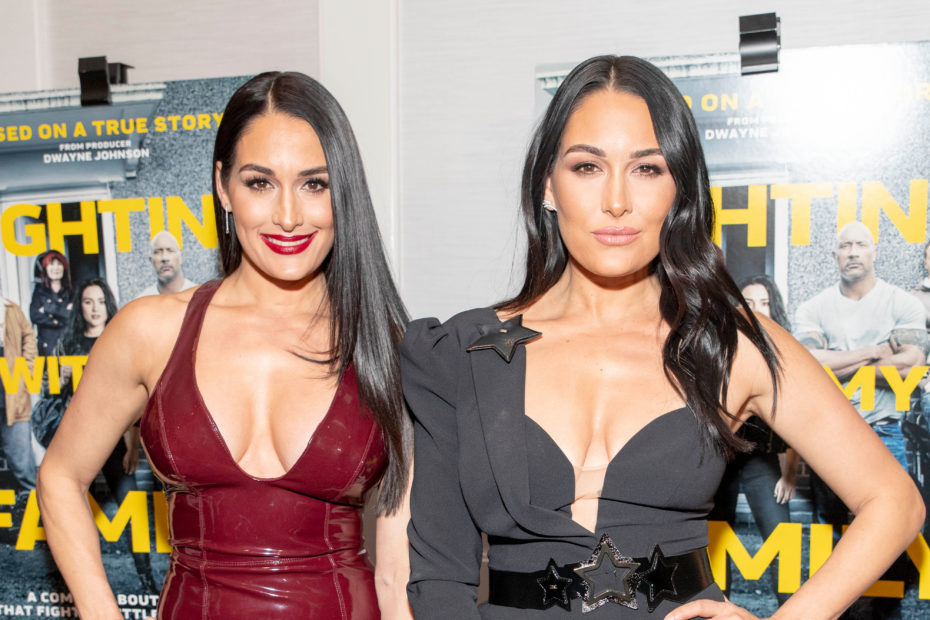 20 of the Cutest WWE Families

Let’s be honest, WWE superstars are known for putting on a tough act when they’re in the ring. They’re fit, muscular, full of trash talk, and don’t back down from anyone that calls them out. It’s what makes the World Wrestling Entertainment community so unique, exciting, and interesting.

With that being said, WWE superstars are human beings just like everyone else. When they’re not in the ring entertaining their fans, they’re living life like the rest of us and that often includes building a family with their husband or wife. They do a good job of hiding it in the ring, but it’s true.

RELATED: 20 of the Most Hated NFL Players Ever

When you think of the WWE, you think of intense showdowns and fierce tag teams between some of the greatest pro wrestlers in the world — but that’s not what we’re here for today. Instead, we’re going to take a look at what happens outside the ring when the cameras are off.

Below, we’re going to break down the 20 cutest WWE families that you may or may not know of. Some WWE stars keep their family more private than others, but they can’t completely hide. As we ‘piledrive’ and ‘superkick’ our way through these WWE families, prepare to be in awe!

An armed forces veteran, Bobby Lashley has bounced around quite a bit after serving three years in the army. He’s currently signed to the WWE and performs under the Raw brand, but has also spent time in TNA/Impact and Bellator MMA. He’s been in the WWE since 2005.

His real name is Heath Miller, but WWE fans know him as Heath Slater. He spent 14 years in the spotlight and is known as one of the most versatile WWE stars ever. He was the first pro wrestler to be a Tag Team Champion in both the Raw and SmackDown television programs.

Peter Thomas England, who goes by Pete Dunne inside the ring, is currently signed to WWE as part of the NXT brand. He’s an NXT United Kingdom Champion, NXT Tag Team Champion, and winner of the Dusty Rhodes Tag Team Classic. At just 27 years old, he has plenty of career left.

Cedric Alexander Johnson started his career with Ring of Honor in 2010, but was signed by WWE in 2016 thanks to heavy praise from his fans. He won the WWE Cruiserweight Championship at WrestleMania 34 and was recently promoted to the Raw brand in 2019.

Most fans know him as Karl Anderson, but outside the ring he goes by Chad Allegra. He was signed to WWE in 2016 after spending a long career in Japan. He’s a two-time WWE Raw Tag Team Champion. After being released by WWE in 2020, he’s now signed to Impact Wrestling.

Mickie James began her wrestling career in 1999, but didn’t make her main roster debut with WWE until 2005. She’s a five-time WWE Women’s Champion and one-time Divas Champion. There are only five Divas to win both and only three other women with six championships.

Adeel Alam, known by his wrestling name Mustafa Ali, is a current member of the Raw brand in WWE. The former police officer started his WWE career in 2016 and spent two years under the SmackDown brand before moving to Raw. Although not a champion yet, it’s a matter of time.

Children: A son and a daughter

Known as Kenneth Crawford when he’s not inside the ring, Montez Ford is one-half of The Street Profits tag team — the other half being Angelo Dawkings. They’re three-time tag team champions, being crowned as such under the Raw, Smackdown, and NXT brands.

Children: Summer and a second on the way

Known by her ring name Lacey Evans, Macey Estrella-Kadlec is a former United States Marine that began her WWE career in 2016 under the NXT developmental territory. She made her Raw debut in January 2019 and entered a feud with Becky Lynch. She is currently on maternity leave.

Sarah Logan, known in the real world as Sarah Rowe, began her wrestling career in the independent circuit. She remained there from 2011-2016 until she signed a developmental contract in 2016. She’s a member of The Riott Squad with Liv Morgan and Ruby Riott.

Brandi Alexis Runnels, known by her ring name Brandi Rhodes, signed a developmental contract with the WWE in 2011 and was assigned to the Florida Championship Wrestling territory. She also spent time as a ring announcer before leaving WWE in 2016.

Kofi Nahaje Sarkodie-Mensah, known professionally as Kofi Kingston, was born in Ghana and is currently signed to the WWE Raw brand. He’s a 14-time tag team champion, which is tied for the most in WWE history — Edge and Booker T also have 14 championships under their belt.

Sesugh Uhaa Mumba is signed to WWE’s SmackDown brand and performs professionally as Apollo Crews. His career started in 2015 and made his first main roster in 2016. He’s a winner of the United States Championship and the Intercontinental Championship (WrestleMania 37).

We’ve already mentioned Angelo Dawkins’ tag team partner — Montez Ford — so it’s only right that we include Angelo in our list of the cutest WWE families. His real name is Gary Gordon and is the second half of The Street Profits, one of the greatest tag teams in WWE history.

Elizabeth Copeland is a professional wrestler that performs under the ring name Beth Phoenix. She began her career in 2001 and has since been named WWE Divas Champion once and WWE Women’s Champion three times. She’s currently a color commentator for the NXT brand.

Randy Orton was born into a family with WWE roots — his grandfather, father, and uncle were all WWE stars. Randy built quite the career for himself in the WWE and is regarded as one of the greatest professional wrestlers in WWE history. He’s most known for his feud with John Cena.

Known to WWE fans as Becky Lynch, Rebecca Lopez is the current and four-time SmackDown Women’s Champion for WWE. She began her career with the WWE in 2013 and has turned in quite the career since then. She recently welcomed her first daughter with husband Seth Rollins.

Most of you know Dwayne Douglas Johnson as ‘The Rock,’ but he has also built quite the career away from the ring as a movie star. He is easily one of the greatest professional wrestlers of all-time and one of the most successful actors/producers of his generation.

Stephanie Nicole Garcia-Colace, known professionally as Nikki Bella, is one half of the famous tag team duo Bella Twins. She originally signed with the WWE in 2007 and went on to have a Hall of Fame career. She’s a two-time WWE Divas Champion and held that title for 301 days.

Don’t worry, we weren’t going to forget about the other half of the famous tag team duo Bella Twins. Known professionally as Brie Bella, Brianna Monique Danielson signed with WWE the same year as Nikki. She’s a one-time WWE Divas Champion and a WWE Hall of Famer.

New WWE Families Are Made Every Year

Although some stars aren’t as public as others with their personal life, we sure do appreciate those that share their life with us. Whether it’s on Instagram, through the media, in interviews, or out in public like the rest of us, it’s always nice to see the other side of your favorite WWE stars.

YOU MAY ALSO LIKE: 25 of the Best College Football Coaches Ever

For example, we know that Charlotte Flair is getting married soon and would like to start a family someday. John Cena has also opened up about his desire to have children with his new wife. Samir Singh, Finn Balor, Tye Dillinger, and Humberto Carrillo have all gotten married recently, as well.

Those are just some of the stars we’ll be keeping our eye on as they embark on new journeys with their significant others.