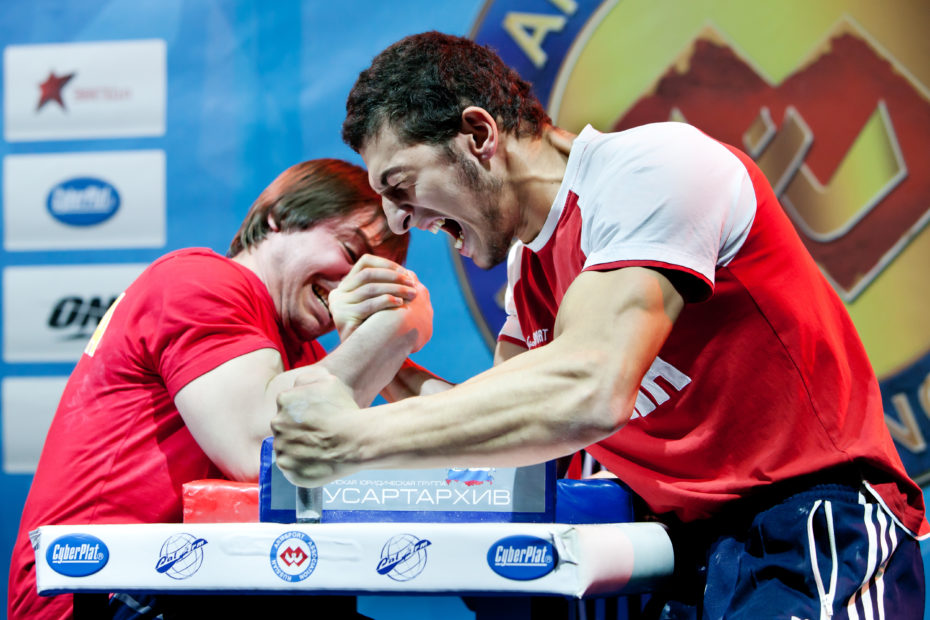 Though arm wrestling may not be the most popular sport, it definitely has its loyal following of fans and deserves some recognition for the best arm wrestling champions.

Levan Saginashvili is a bodybuilder and football player turned arm wrestler, convinced by his weightlifting trainer that he had the perfect hands for art wrestling. He went on to win the 2014 Georgian National Arm-wrestling Championship and secured gold in both hand categories in the 110kg group.

Devon Larratt was once a Canadian special forces officer. He credits this journey for giving him the skills he needed to compete in arm wrestling. He is WAL Heavyweight Champion for both arms.

Krasimir Kostadinov has always been an arm wrestler, having a love for the sport since a young age. He is a multi-time European and World Heavyweight Champion in both arm categories.

Michael Todd, an American personal trainer, has not only collected 23 world titles, but he also owns a body transformation business. He has 26 National Heavyweight titles in both arm categories.

Dmitry Silaev is categorized into the Super Heavyweight division and holds bragging rights to many left and right arm wins in the Professional Armwrestling World Cup.

Jerry Cadorette, an ex-college and semi-pro football player, not only has Heavyweight right and left WAL Championship titles but also owns a successful car dealership.

Unlike most of the wrestlers on this list, Muratov has received most recognition on just one arm. He won the middleweight Champion of the Arm-wrestling World Cup in 2018 in the left hand category.

Beziazykov is currently considered one of the top young prospects in arm wrestling, currently ranked #2 in the Unified Ratings of Professional Arm-wrestling in the heavyweight division with just his right hand.

When was the last time you arm wrestled?