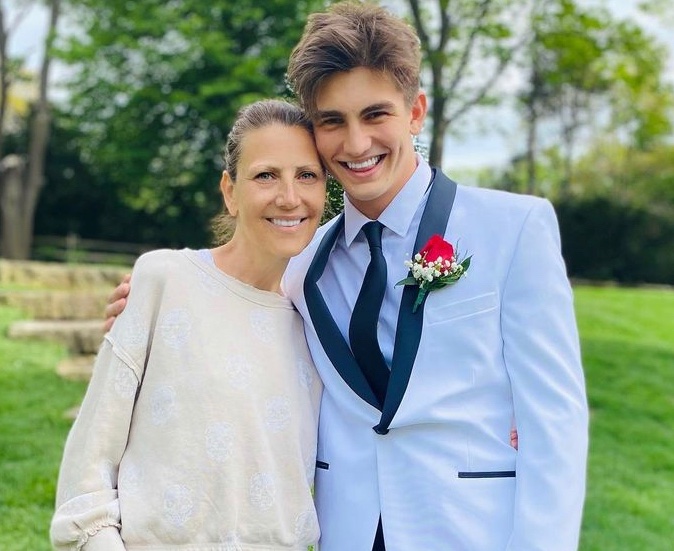 Alex Brown Scores 8 Touchdowns the Day After His Mother Died: ‘She Is With Me’

A New Jersey football player and senior at Red Bank Catholic High School, Alex Brown, scored an astonishing 8 touchdowns during a Friday night game. While bringing his team to the playoffs, the high school senior was also morning the loss of his mother who passed away the day prior.

“Yesterday I lost my amazing mother. Today I scored 8 touchdowns, thank you for watching over me mama,” the quarterback tweeted out after the game. However, he went on to be interviewed by various major news outlets. “I threw that first touchdown pass and I just knew she was gonna be with me the whole night,” Brown reported to CBS New York, speaking on behalf of his mother, Michelle.

Michelle, unfortunately, lost her battle with breast cancer and was reportedly the “biggest inspiration” for her son. Her son wrote that “My mom had been battling breast cancer that had spread throughout her body for 14 years, she was never supposed to make it this long, but through love and her insane strength she fought.”

And, he shared that something as substantial as 8 touchdowns while his mother looked down on him was, “a really special feeling.”

“It honestly felt like the whole night was scripted before I even got there,” he added. He also included the heartwarming phrase, “I’m going to make sure the world knows who Michelle Brown is, and I’ll carry that for the rest of my life.”

Even Alex’s father, Ray Brown, spoke to USA Today on behalf of Friday’s game. He said that the game was “incredibly emotional, even to the point a lot of things my wife did, things like she would kick him three times in the butt and says, ‘Go get ’em, Tiger,’ and I had to do that.”

He added, “So it was emotional. [Alex] was texting her phone right before the game saying things to her.”

Tampa Bay Buccaneers quarterback also caught wind of the emotional moment when the story went viral. Leaving a comment under a SportsIllustarted Instagram post, Tom Brady wrote, “Proud of you,” and then tagged Alex’s personal account.

In response, Brown tweeted out, “Thank you @TomBrady for reaching out. You are a huge role model and someone I look up to not only in football but in life, thank you. My mama would be extremely happy.”