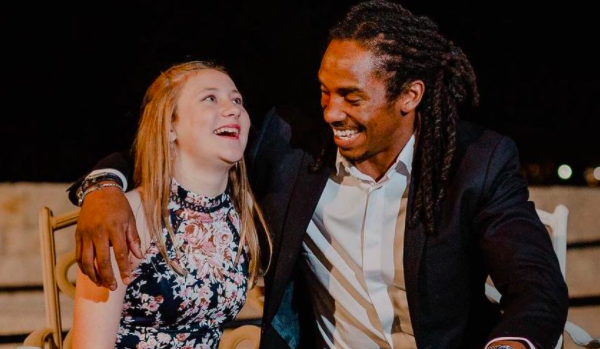 Texan middle schooler Audrey Soape recently lost both her father and grandfather in an unexpected accident. As her school’s annual “Daddy-Daughter Dance” was approaching, Soape’s mother, Holly, found herself wondering she could make the night as special as possible.

Naturally, Holly took to social media to ask if Audrey’s favorite football player, Anthony Harris of the Philadelphia Eagles, would be available on the night of the dance.

“I just asked if he would come—if he’d be willing to come. And he said, ‘not only will I come, I want to make sure she feels like a princess,'” Holly relayed to ABC News.

And, feel like a princess she did. Not only did Harris fly out to Austin and surprise the 11-year-old, but he covered the cost of her shoes, makeup, and dress. In addition, he picked her up from the dance using a luxury car and with a car. Holly expressed, “He really wanted to make sure she had the best possible time.”

When Harris sat down with TMZ to discuss his appearance at the dance, he expressed nothing but excitement over his chance to make the little girl’s night.

“I thought it would be a great way to uplift her and utilize my platform I’ve been blessed with to try and brighten people’s day and be a blessing to others,” the Philadelphia Eagles safety player said. He added, “It was a great event. There was a ton of kids there. It was really nice, really cute to see other fathers there.”

Harris also recalled having trouble remembering lyrics to Disney songs when he was busting it down on the dance floor. He commented, “I was just all about having fun. The DJ was playing a little bit of Disney music. I wasn’t quite familiar with some of those songs but I had fun embarrassing myself trying to sing those lyrics.”

Audrey’s mother was also very appreciative of the athlete’s act of kindness. She noted, “I was so anxious and excited for her because she just had the most terrible year.”

“For someone to show up and to teach her that people do show up for you, it’s just been beyond a blessing<‘ she concluded.