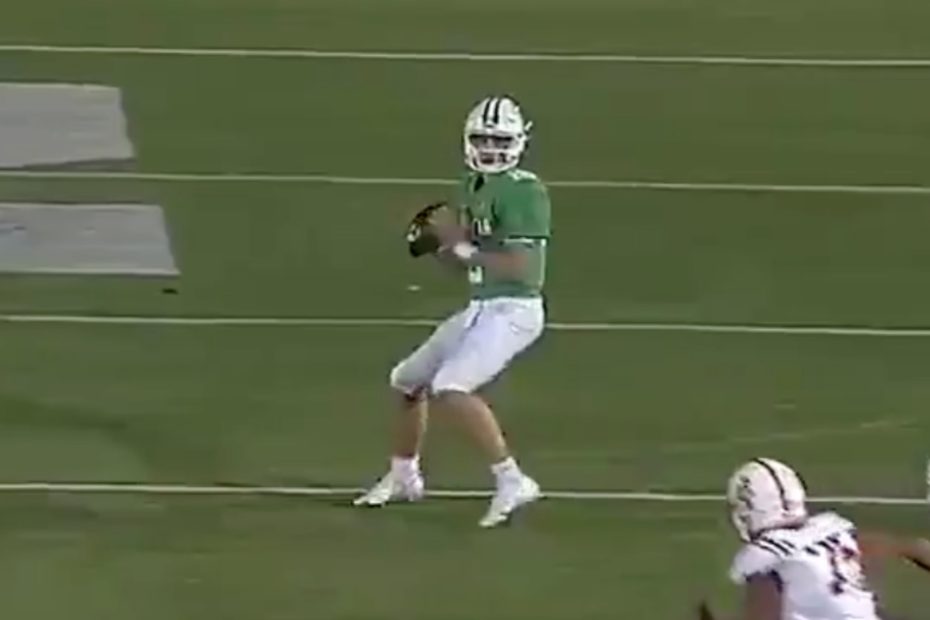 Arch Manning, Peyton and Eli’s Nephew, Is Putting Up Numbers As One Of the Top High School Quarterbacks

Arch Manning, Peyton and Eli’s Nephew, Is Putting Up Numbers As One Of the Top High School Quarterbacks

Arch Manning “is making a name for himself,” according to ESPN. Yes, we said Arch, not Archie, not Peyton, not Eli Manning, but the youngest member of the Manning crew seems to be showing promise when it comes to throwing the pigskin.

If you didn’t know, now you know, that Arch is Peyton and Eli’s nephew, Cooper’s son, and Archie’s grandson. And just when you thought the Manning family had run out of talent.

Now, here’s Arch giving you a lesson in the art of quarterbacking, something I’m sure he’s been learning a thing or two about from his uncles and grandfather.

RELATED: Sportscaster Ernie Johnson Shares Emotional Message About COVID-19 and His Son During ‘The Match’

As ESPN reported, Arch has 712 total passing yards and 12 touchdowns in just three games. Arch is a high school quarterback at Isidore Newman in New Orleans. According to 247 Sports, the media company has Arch ranked as 5th in the nation among quarterbacks.

“…Elite QB prospect among the nation’s top recruits in the 2023 class. Likely a multi-year impact starter at the Power Five level with early-round NFL Draft potential.”

With all of the eldest members of the Manning crew currently retired from the NFL, it certainly seems as though they won’t be the last professional football players. So if you are missing having a Manning in the league, you might not have to go without much longer.

Arch already has offers from Alabama, Boston College, Duke, Georgia, and LSU, 247 Sports reports. Yeah, that’s what you call a pretty good list, but it’s interesting to see that neither one of his uncle’s alma maters are on the list, Tennessee (Peyton) and Ole Miss (Eli).