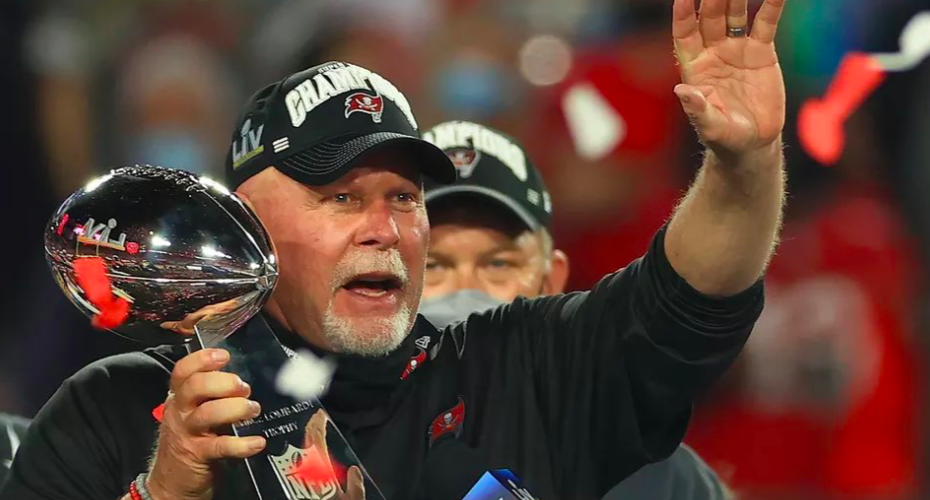 Bruce Arians Will Fire You As A Coach If You Miss Your Kids’ Games, Recitals, Or Events

Shout out to Bruce Arians, the most recent Super Bowl-winning NFL head coach. If you’re on the Tampa Bay Buccaneers’ coaching staff, it appears you’re in good hands. As much as success on the field is important for Arians, success is even more important off the field seemingly for the head coach.

“If you miss a football game, a recital, anything to do with your children, I’ll fire you,” Arians said to NBC Sports’ Peter King in July 2019. “Because I missed a lot of mine. And those years don’t come back. There’s plenty of time in this office to work, you can come back at midnight if you want to.”

Games are just that, games. What is priceless are your kids’ sporting events, recitals, and important events. You don’t want to miss those. And if you’re on Arians staff, he encourages you to make those events. Better yet, if you don’t, he’ll fire you.

It’s so important and crucial to get your priorities in order so work doesn’t take center stage over your family. Especially to have your wife and kids know you’re there. Present. Presence is a present, so to be home, helping out around the house, being there for your kids’ events, it speaks volumes to Arians’ leadership.

When you set the standard like this, to the point of being fired if you aren’t being there for your kids, that type of leadership can be infectious and reflect even throughout the locker room, encouraging players (along with coaches and staff) to be there for family.

Of course hard work is important. You put in the work, the time during the grind to succeed at your craft. Arians knows that.

“Still can’t believe we are super bowl champs!!” Arians said in a Tweet. “We worked hard to get here, and we did it!! Beyond proud of these players, coaches and the whole @buccaneers organization! Let’s do it again in LA! #ChampaBay#GoBucs”.