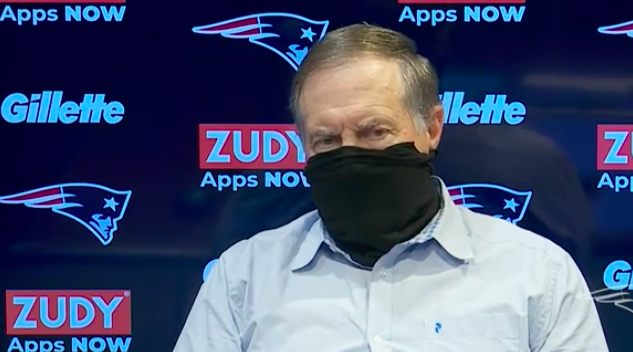 Belichick left the Jets as head coach in 2000 and then became the Patriots head coach. Belichick spoke to WEEI about resigning from the Jets.

“One of the, not only most defining, but one of the great moments of my career,” Belichick said to WEEI. “That, combined with Robert (Kraft, Patriots owner) giving me the opportunity to come here, I couldn’t ask for anything more. So, that wasn’t a good situation for me and I didn’t want to be part of it, so I wasn’t. But, the other half of that was Robert giving me the opportunity to come here…trading…he gave up quite a bit to get me to come here. That was a big trade.”

Well, the rest is history, as you are well aware. Since the start of the century, the Patriots have amassed six Super Bowl wins.

“I’m very thankful that it worked out,” Belichick said to WEEI. “I appreciate all the support from Robert, the Kraft family, the Patriots organization, and all the New England fans. I’ll keep trying to do my best for this team and this organization, give them the very best that I can…I’m very thankful for the opportunity to come here. I just wasn’t going to stay there in that situation. So, it worked out.”

It worked out for Belichick and the Patriots, indeed. Belichick also talked about something other than football as he said he didn’t like coffee. So many Americans enjoy that cup of joe on the daily but Bill is not one of them.

Also, by the way, Belichick apparently doesn’t like sleeves on sweatshirts.

Next up for Bill and Co., hosting Lamar Jackson and the Ravens on Sunday.