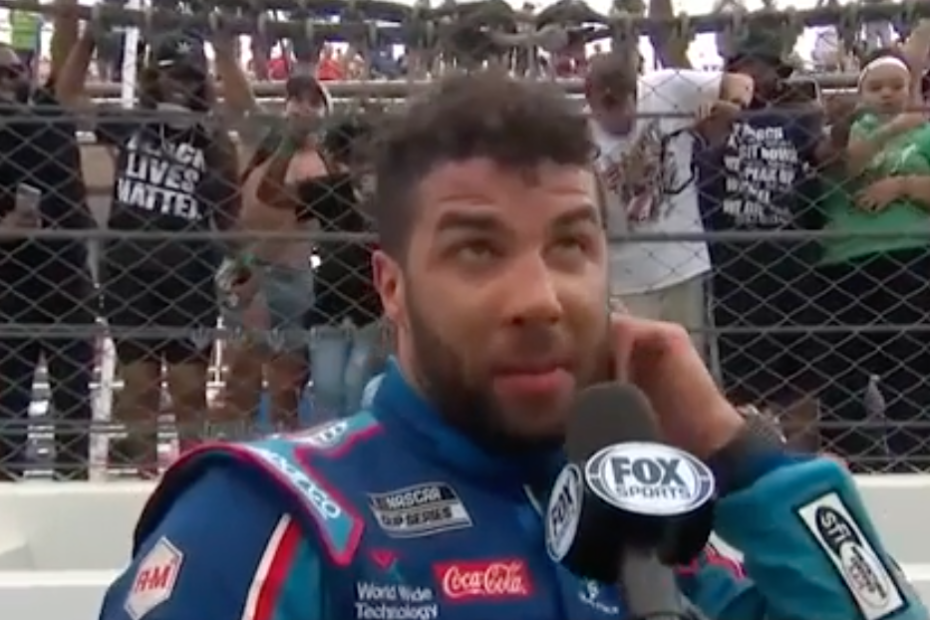 Bubba Wallace Breaks Down As His Teammates and Colleagues Stand Beside Him Talladega, FBI Releases It’s Findings

Bubba Wallace Breaks Down As His Teammates and Colleagues Stand Beside Him Talladega, FBI Releases It’s Findings

On June 21, number 43 Bubba Wallace, his teammates, and his colleagues were scheduled to hit the Talladega Speedway and compete. As a result of heavy rain, the race got postponed. However, what happened the morning of the race sickened much of NASCAR.

As At The Buzzer previously reported, members of Wallace’s team allegedly discovered a noose in their section of the garage the morning of the race. The noose was discovered, reported, and removed before the driver ever saw it.

RELATED: Athletes Respond and Stand With Bubba Wallace After News of a Noose Found in Wallace’s Garage Was Released

Nonetheless, the apparent show of racism disgusted much of the NASCAR and they wanted Wallace to know it. So as a show of support, the 40 NASCAR racers and some of the crew members pushed his car to the front of the line.

The show of support had the driver in tears as he took a moment to soak it all in.

Now the FBI, who was welcomed by Wallace and NASCAR to investigate the report, is sharing its findings.

In a statement shared by NASCAR, it was revealed that thankfully the driver was not a victim of a hate crime but that the rope, which was fashioned like a noose, found in the garage by NASCAR personnel had been there since October 2019.

“The FBI report concludes, and photographic evidence confirms, that the garage door pull rope fashioned like a noose had been positioned there since as early as last fall. This was obviously well before the 43 team’s arrival and garage assignment. We appreciate the FBI’s quick and thorough investigation and are thankful to learn that this was not an intentional, racist act against Bubba. We remain steadfast in our commitment to providing a welcoming and inclusive environment for all who love racing.”

As a result of the FBI’s findings, no charges will be filed.

Wallace, who is NASCAR’s only black full-time driver, has been instrumental in making the sport more diverse. He also spearheaded the campaign that convinced NASCAR to ban the confederate flag at its events. He has not yet issued a response since the FBI’s findings were made public.

4 thoughts on “Bubba Wallace Breaks Down As His Teammates and Colleagues Stand Beside Him Talladega, FBI Releases It’s Findings”