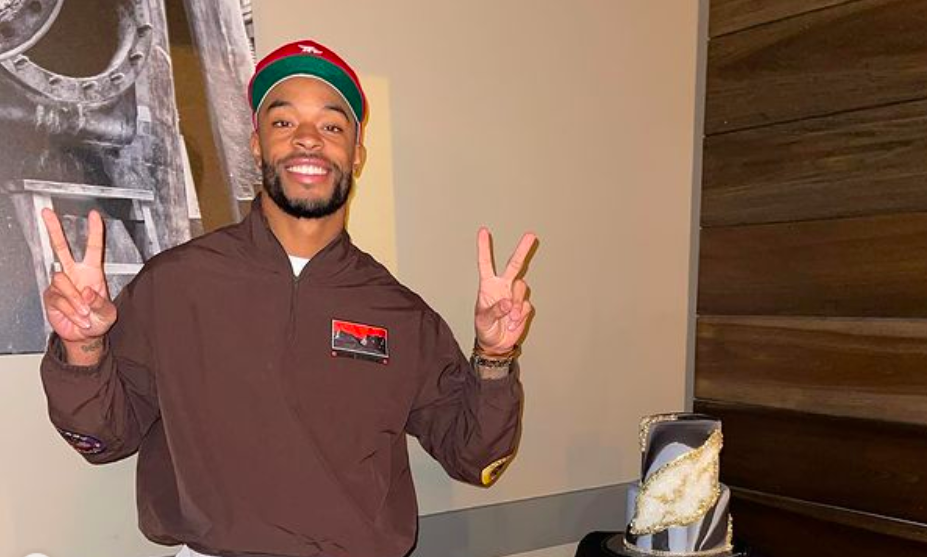 Dane Jackson, starting cornerback for the Buffalo Bills, was escorted to the hospital Monday night after colliding with a teammate and injuring his neck.

During Monday’s game against the Tennessee Titans, Jackson collided with his Bills linebacker Tremaine Edmunds while Edmunds was attempting a second-down tackle on Titans wide receiver Treylon Burks. When the cornerback made contact with his teammate’s helmet, his neck immediately snapped back.

According to his team, the athlete is being evaluated via CT scans and X-rays at Erie County Medical Center. Although they are still awaiting a full assessment of his injury, he reportedly has the ability to move his extremities. “Still awaiting word and obviously praying for Dane and all of [the Bills’ injured players],” coach Sean McDermott said, according to ESPN.

He added the sentiments, “You go from the real part of it here; you go from being a coach to just being a human when I’m out there watching him getting loaded into the ambulance. That’s a real moment.”

Edmunds also discussed the collision, weighing in with his opinion on the situation. “Definitely a tough play. Just kind of saw the receiver still up, just trying to finish the play,” the linebacker shared.

“A situation that obviously, I didn’t do intentionally. I would never try to do something like that to my teammate, but like I said … the receiver was still up, I was just trying to finish him to the ground and unfortunately, I end up hitting Dane.”

RELATED: Brian Robinson Returns to the Field Only 2 Weeks After Being Shot in the Leg

Despite immediately following to the ground, Jackson’s team was happy to see movement coming from his feet. First responders assessed him on the field, which delayed the game by 10 minutes and loaded him into the ambulance for further inspection. The situation was undoubedlty scary, but Edmunds was releived to see Jackson give a thumbs up.

Damar Hamlin, safety for the Bills and a close friend of Jackson, also discussed his thoughts on his teammate’s injury. The safety player described the accident as scary but was happy to report that Jackson was feeling good.

“It felt terrible. It felt like one of my brothers was down,” Hamlin said. “It didn’t seem like just [a] regular injury. But once I talked to him, once he told me he was good on the field — we got that kind of bond where he’s going to let me know if something up, so, I’m praying for him, and I know he’ll be OK.”