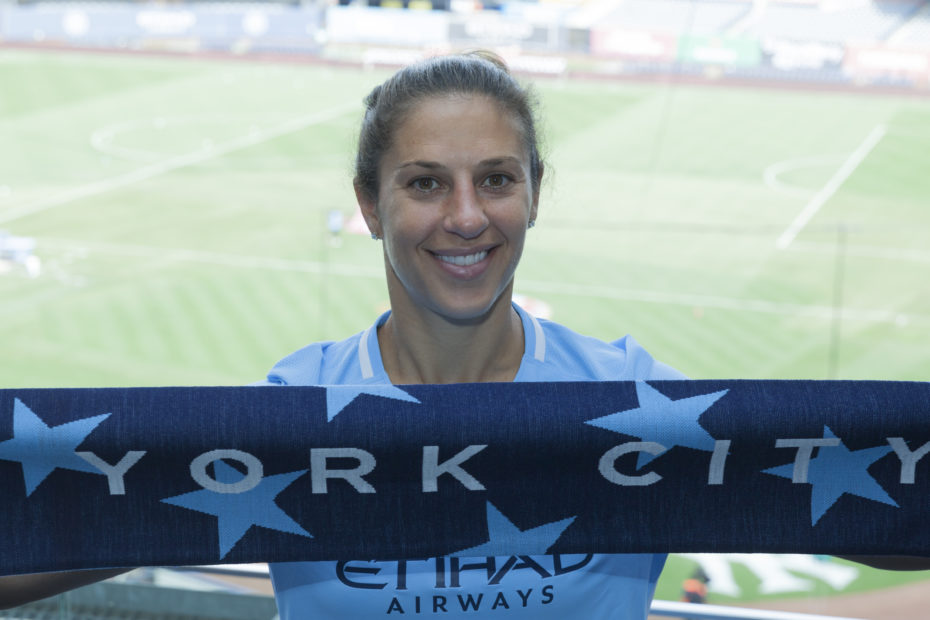 American soccer player Carli Lloyd recently discussed her true thoughts and feelings on the U.S. National Team when she appeared on a podcast.

The athlete, who is largely considered to be one of the best female soccer players of all time, revealed that she believes the USWNT exists to be sold as a brand, rather than a team that is dedicated to the sport of soccer.

“It was really tough and challenging to be playing these last seven years. To be quite honest, I hated it,” she admitted to her former teammate, Hope Solo.

But, this begs the question: why would a world-renowned player such as Lloyd make the decision to play if she didn’t enjoy the team? For her, the love of soccer triumphed over any disdain she held for the culture surrounding the women’s national team.

She explained, “It wasn’t fun going in. It was only for love of the game, really, for me. I wanted to win and I wanted to help the team, but the culture within the team was the worst I’ve ever seen it.”

RELATED: Wladimir Klitschko Says Ukrainian Defense is the Most Difficult Fight of His 45-Year-Long Life

Hope Solo’s podcast is not the first place the athlete has brought up the topic of a problematic workplace, either. Only a few days prior, she expressed similar sentiments on Alexi Lalas’ State of the Union Podcast.

Carli lloyd described the USWNT as ‘toxic’ during podcast

“What we had in the last several years was not a good culture, and the mentality changed, and it became toxic,” Lloyd shared, noting that she saw a shift in mindset after the team won the 2015 World Cup. She added, “It wasn’t good.”

Although she did not go into depth or target anyone in particular, the soccer star elaborated on her statement. The specific mentality change was in relation to brand deals and more players caring about building a legacy, rather than the sport itself.

“I just saw a shift in peoples’ mindsets,” Lloyd commented. “It became more about what can I do to build my brand off the field? What can I do to get an endorsement deal and less about what we have to do when we step in between those lines.”

Despite living her life in retirement, she has received criticism from fans all around the world. However, Lloyd’s confidence stops for no one. In response to the hate she wrote, “I still have a lot left to give to this world and the soccer world and no one will ever stop me.”