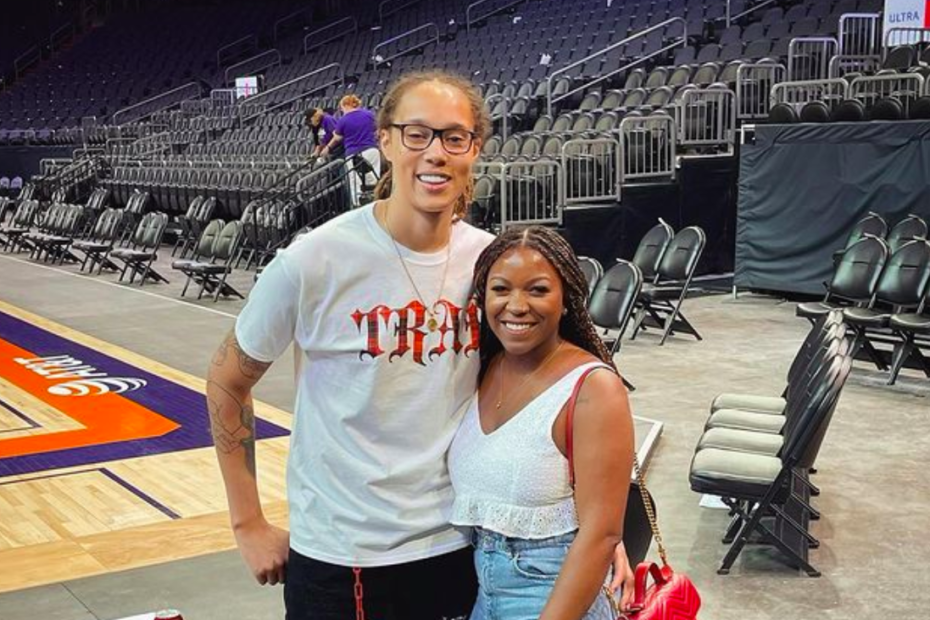 Two months after WNBA star Brittney Griner was sentenced to nine years of prison for drug possession, her wife Cherelle is opening up about the harsh reality.

In February of this year, the basketball player was caught in a Russian airport with traces of marijuana in her suitcase. She was detained overseas and has since undergone a trial and was found guilty of drug possession. While the United States federal government claims that she is “wrongfully detained” and actively trying to bring her home, Griner’s future remains uncertain.

In a recent interview with CBS’ Gayle King, the 31-year-old athlete’s wife discussed her thoughts on the matter. “I’m like, in no world did I ever thought, you know, our president and a foreign nation’s president would be sitting down having to discuss the freedom of my wife,” she admitted. “And so to me, as much as everybody’s telling me a different definition of what BG is, it feels to me as if she’s a hostage.”

Continuing, Cherelle shared that she fears never seeing Griner again. “It terrifies me, because when you watch movies, sometimes those situations don’t end well,” she said. “Sometimes they never get their person back.”

“I’m sitting there like, ‘Do we get her back? Do I ever get to see my wife again? Like, what happens [next]?'” she added. “I feel like every day I’m hearing something new, and so it’s just… it’s terrifying.”

Since pleading guilty to drug possession charges and being sentenced to prison time, the Biden administration is working diligently to find a solution to Griner’s oversea detention. This has included a possible prisoner swap with Russia, in which they trade Griner for Viktor Bout, a Russian arms dealer being detained in the United States. While there has been little progress in this, President Joe Biden has met with Cherelle to discuss bringing her wife back to the States.

“I want to thank President Biden for yesterday’s meeting as well as the Administration for its efforts to secure my wife’s release,” she wrote on Instagram. “It was an honor to speak with him directly about the Brittney we know and love. I’ve felt every minute of the grueling seven months without her. I look forward to the day my wife is back home.