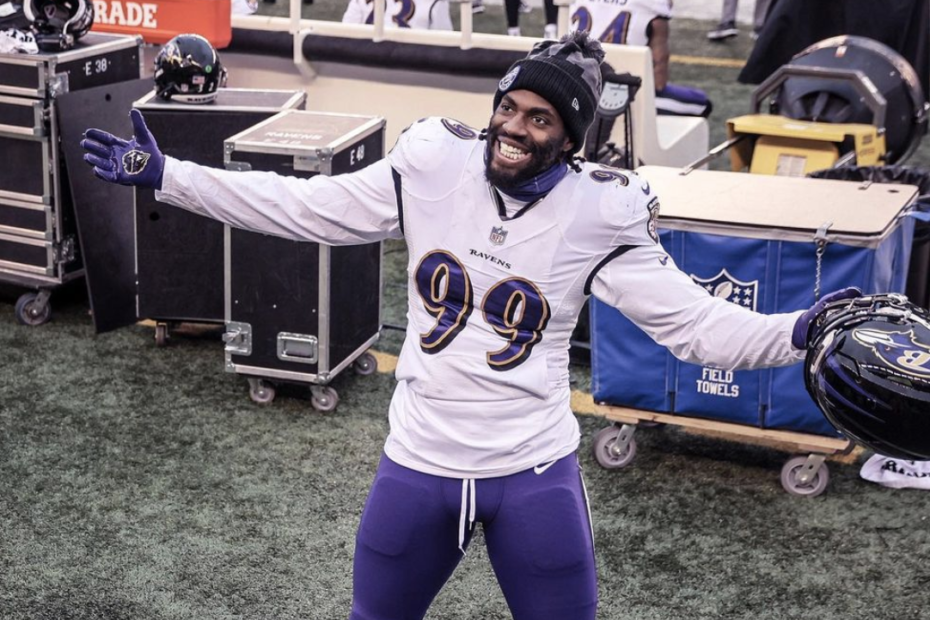 The Wild Card Round saw the elimination of the Indianapolis Colts, Tennessee Titans, and Pittsburgh Steelers eliminated from the playoffs. With the Kansas City Chiefs joining the playoff action, let’s see who advances to the AFC Conference Championship this weekend.

The Cleveland Browns pulled off a shocking upset of the Pittsburgh Steelers Sunday night when they won 48-37. The Browns were in the midst of a COVID outbreak among the organization who sidelined multiple players including the Browns’ head coach and offensive playcaller, Kevin Stefanski. Not only did they win, the Browns destroyed the Steelers.

Though they only won by 11, the browns were beating the Steelers 28-0 at the end of the first quarter. Many thought the Steelers’ air attack would overwhelm the ailing Browns secondary, but they managed to record four interceptions against their division foes. The Browns were widely counted out before these playoffs even started, but Cleveland has proven they aren’t quite done yet.

The Chiefs had a bye last week for their third consecutive year. Some of the Chiefs’ stars will have not played a down of football in three weeks on Sunday, including Patrick Mahomes, Travis Kelce, and Tyreek Hill. Their extra weeks of rest may make this Kansas City Chiefs more lethal than ever.

It’s certainly not impossible that the Browns win this game, but it’s highly unlikely. The Browns’ two biggest wins of the season against both the Titans in the regular season and the Steelers in the Wild Card round started with the Browns getting out to a huge lead. The problem is, the Browns let both of those teams make the game much closer by its end, something unacceptable against the Chiefs.

In last year’s divisional round, the Texans were leading the Chiefs 24-0, and the Chiefs would go on to win that game 51-31. This Kansas City offense was built to come from behind.

First of all, the Browns can not afford to fall behind in this game. If the Browns are not leading coming out of the first quarter, I can almost assure you Kansas City will win this game. What the Browns need to do to get up is what they did against Ben Roethlisberger and the Steelers. The Browns need to create pressure and try to fluster Mahomes, which is nearly impossible by itself.

If they do manage to get the lead, the Browns defense will doubtfully be able to sustain pressure on Mahomes, so the impressive backfield of Nick Chubb and Kareem Hunt need to run the ball and run the clock out as much as possible. Even if they do all that, it’s unlikely the Browns will win.

I’m not saying it’s impossible the Browns will win, but I highly doubt it. The Chiefs will win this game by multiple scores.

Lamar Jackson silenced the doubters and won his first playoff game in the Ravens’ 20-13 victory over the Tennessee Titans. After the Titans started winning 10-0, the game started looking eerily similar to the two teams’ Divisional round matchup last year. Jackson came to the rescue with a 48-yard touchdown run to tie the game. The Ravens would complete the comeback, the largest in Ravens’ postseason history.

The Ravens defense also came to play, limiting Derrick Henry to only 40 yards on 18 carries. The Ravens have won their past six games, including regular season and playoffs, and look to return to the AFC Championship for the first time since their Super Bowl-winning, 2012 season.

The Bills had a close 27-24 victory over the Indianapolis Colts last weekend in a game that possibly shouldn’t have won. The Colts blew multiple chances to get ahead with only two touchdowns in five trips to the red zone. The Colts also gave the Bills many chances, most notably, an offsides penalty on fourth down with 31 seconds to go in the half, on a drive that would lead to a Bills touchdown.

To say that the Bills were not as good as we thought they were is incorrect. The Bills’ defense had an off day last weekend, and they are certainly better than they played on Saturday. It is unlikely, however, that Baltimore’s offense will make as many mistakes as Indianapolis’ so Buffalo’s defense better step up.

There are two determining factors in this game. The first is the Ravens run game. The Bills have a good defense, but their defensive line is its weakest part. The Ravens, meanwhile have the best running offense in the entire NFL. The Bills were not great against the run last weekend, allowing 163 rushing yards on 30 attempts. If the Ravens stick to their gameplan and have success with their run-heavy offense, the win should be as good as theirs.

The other factor will be whether or not Josh Allen can sustain his elite connection with Stefon Diggs. Diggs led the league in receptions (127) and receiving yards (1,535). Last week, the Ravens didn’t do a fantastic job of wrapping up the Titans’ best receiver in AJ Brown, who had 83 yards and 1 touchdown on 6 receptions. Now the Ravens’ secondary is also very good, but it’s hard to stop a force of nature like Diggs. It will be interesting to see if Diggs is able to continue his dominating season against the Ravens.

Now, there is a 56% chance of snow on Saturday as of Wednesday night. This would likely be in the Ravens’ favor, as it would force both teams to run the ball more. Regardless, this is simply a good matchup for the Ravens. The Ravens’ strong suit on offense is the running game while the Bills are known for their passing defense. Meanwhile, the Bills’ strong suit on offense is their passing game, while the Ravens have a very good secondary.

The Bills may be a slightly better team than the Ravens, so I certainly wouldn’t be surprised if they won, but this matchup just works in Baltimore’s favor. I think it will be a close one, but the Ravens will be the ones advancing to the Conference Championship.