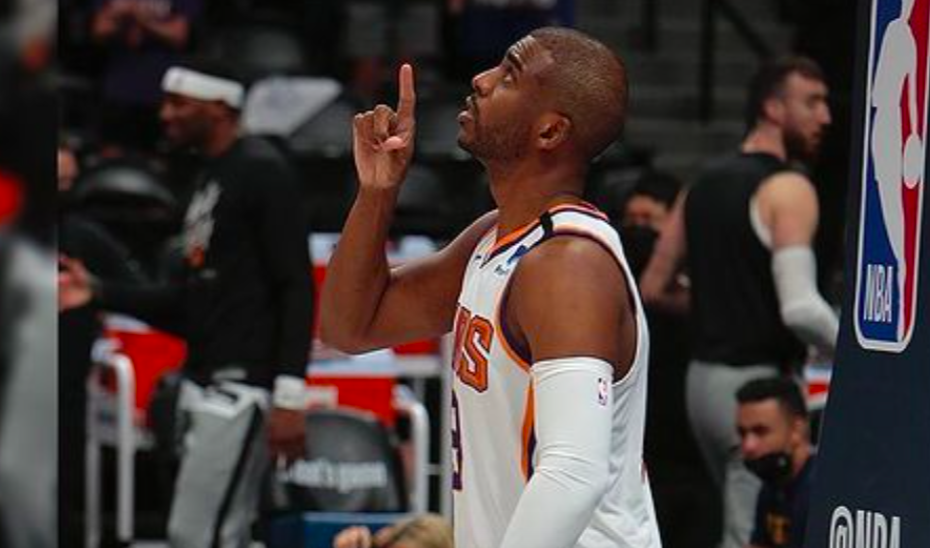 Chris Paul After Putting Up 37 Points To Advance To NBA Western Conference Finals: ‘They Was Writing Me Off’

Chris Paul and the Phoenix Suns are in the Western Conference Finals.

That statement may surprise some people. But it certainly doesn’t surprise the Suns team itself or anyone associated with the organization who knows what this team’s been through and the season its had to get to this point.

RELATED: Suns Beat Lakers In First Round Of NBA Playoffs. Devin Booker Honors Kobe Bryant After 47-Point Performance: ‘I Know He Was Proud’

They not only made it to be one of the last four standing in the playoffs, they were the first to get there. And are still the lone team waiting for either the Utah Jazz or LA Clippers to play against and the Eastern Conference teams to finish their round two games to determine the Eastern Conference Finals series.

The Suns were the fastest team to get to the conference finals by sweeping the Denver Nuggets as they won game four on Monday, 125-118. They also finished second in the whole league record-wise at 51-21, just one game behind the league-leading Jazz.

The Suns are making music of their own on the court as they’ve under-the-radar just been letting their game speak no matter who the ‘favorites’ were to make it out of the West to get to the NBA Finals. They’re four wins away from getting there now.

And one guy that happens to be helping lead them along in this process?

In the series against the Nuggets, here’s the numbers he posted up:

Yeah, when the team needed him most, when the closeout game happened, when you know they wanted to get out of this series with a sweep, CP3 did CP3 things by passing the rock and putting up a solid 37 points.

“God is good, I tell you man,” Paul said to Chris Haynes on TNT after Game 4 per a NBA on TNT tweet clip of the broadcast.

“I’m so grateful to my family, my team,” Paul said to TNT’s Haynes. “Couple years ago, they (were) writing me off, ‘you can’t do this’. And this ain’t about me. It’s about us. Show you what you can do when you come together as a team. We got a great team over there and it’s a lot of fun to be a part of.”

A lot of fun to be a part of this Suns squad who’s got Monty Williams leading the helm. One of the best coaches in the league who’s all about character and playing the game the right way.

When you’ve got good leadership, you can’t lose (literally in this case, in this series). And Paul is helping in that role, as well. The NBPA president has helped get this team further than where they’ve been before. They already had the pieces in place with Devin Booker, Deandre Ayton, Cameron Payne, Dario Šarić, Coach Williams, and added more veteran guys by the names of Jae Crowder and Langston Galloway, who’ve also played pivotal roles in getting this team over the hump.

But, as of June 16, they’ve run into some adversity.

Paul, according to ESPN (with “ESPN’s Royce Young and Tim Bontemps and The Associated Press contribut(ing) to (the) report”), “has entered the NBA’s health and safety protocols and is out indefinitely…Williams wouldn’t say whether he expected Paul to be available for Game 1 of the West finals.”

“I’m not even going to go there until I have to, so there’s no reason for me to be pessimistic at all,” Williams said per ESPN. “We just have to wait and see what’s going to happen…Thankfully we’ve put ourselves in a position where we have time. But at the same time, as the coach, I have to think through those scenarios. I’ve thought a lot about it. I haven’t, we haven’t, made a decision yet because we don’t have to, but it is a process for me to think about who starts and the rotation after it.”

The AP’s Tim Reynolds per NBA.com reports that “Williams did not divulge anything specific about Paul’s health condition. All the team said was that Paul had entered the protocols…Williams said he and Paul have talked daily this week, those chats wide-ranging”.

The adversity is nothing new for Monty and his team. They will continue to keep the faith and stay the course in the midst of it all.

“My faith isn’t going to waver now because we’ve had a few obstacles,” Williams said. “We’ve had obstacles all season long and gotten through a lot of stuff. You look forward to these challenges, you embrace them, and you move forward.”

Whether or not CP3 is able to be back for the Western Conference Finals, we just hope Paul heals and recovers from this.