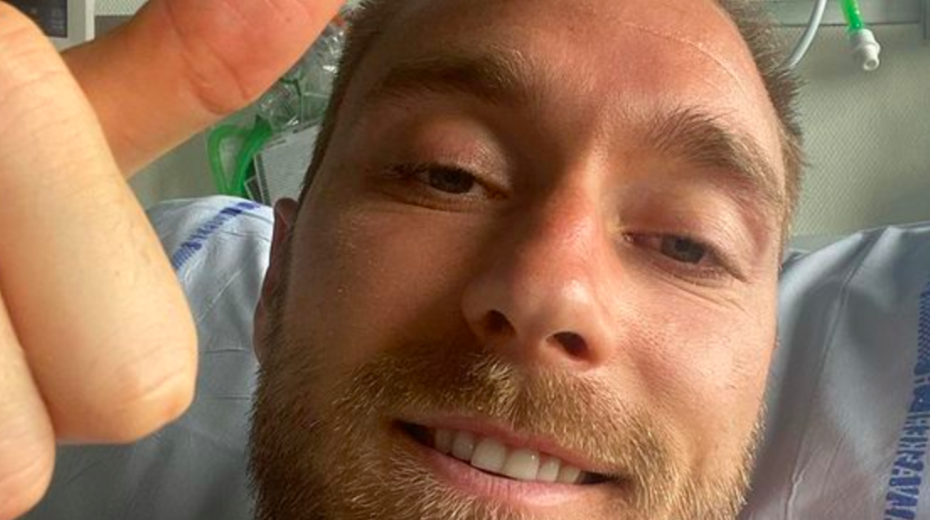 In what was a typical, normal match day on a Saturday in the Euro Cup for Finland and Denmark, it suddenly turned into a scary moment.

Reuters via ESPN described what happened: “Denmark player Christian Eriksen…was taken to hospital in Copenhagen after he collapsed on the pitch in the 43rd minute. He had just played a short pass when he fell facedown onto the ground and was given urgent medical attention for around 10 minutes. The midfielder was eventually carried off to a loud ovation, with his teammates walking next to the stretcher.”

“I’m fine – under the circumstances,” Eriksen said in an Instagram post. “I still have to go through some examinations at the hospital, but I feel okay…Now, I will cheer on the boys on the Denmark team in the next matches. Play for all of Denmark 🇩🇰”.

Eriksen’s “condition is still stable since he suffered a cardiac arrest and collapsed during his side’s Euro 2020 opening match against Finland on Saturday” according to Reuters via ESPN.

The Euro Cup obviously draws international attention with the players on the pitch playing for their favorite teams, the popularity of the sport, watching the country they’re from, live in, or root for, and due to the significance of this kind of tournament. This match scared a lot of people who now are relieved to hear Eriksen is doing okay.

Eriksen also wanted to thank people around the world for their support:

“Hello everyone
Big thanks for your sweet and amazing greetings and messages from all around the world,” Eriksen said in the Instagram post. “It means a lot to me and my family. ♥️🙏”

“Teammate Pierre-Emile Hojbjerg also said Eriksen delivered a message via video link from hospital to say that he is doing OK and that Denmark should try to focus on playing their next game, against Belgium on Thursday” Reuters via ESPN reported.

“We are in touch with him. We were in touch with him yesterday and today. [His] condition is the same as yesterday, stable, good,” Jakob Hoeyer, ‘communications director at the Danish football association, told reporters Monday’ according to Reuters via ESPN.

“He was particularly struck by those from the world of Inter Milan; not just from his teammates, who he heard from through texts, but also the fans,” Martin Schoots, ‘Eriksen’s agent’ according to Reuters via ESPN, said. “Half the world has contacted us, everyone is worried. Now he just needs to rest. His wife and parents are with him. But in any case he wants to support his teammates against Belgium.”

“We’re still in the tournament. Now, we have to try to see if we can win this and do it for Christian and do it for all the fans who sat with us and were just as powerless in the situation as we were,” Kasper Schmeichel, ‘Denmark goalkeeper’ said to ‘broadcaster DR’ according to Reuters via ESPN. “I have no doubt that this team has the unity, the strength to be able to come together and go out and do something special.”

Christian will be rooting his team on in their next match in this tournament against Belgium on Thursday.