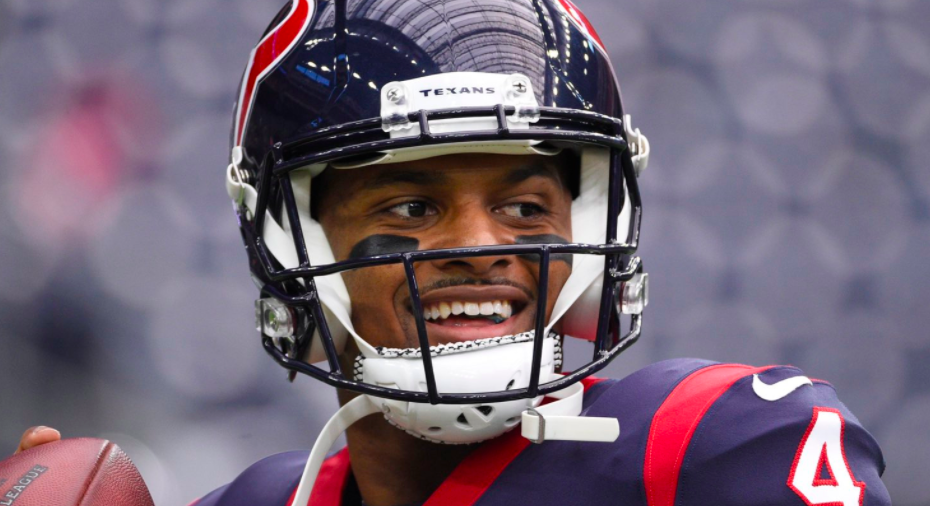 Nike has suspended its endorsement of Watson according to NFL.com.

But, what’s even more pressing and more important, bigger than any endorsement deals and what should be the focus here is hearing the stories from the alleged victims, honoring and respecting the due process to a fair and just case.

So far, “(t)wenty-two women have sued the Texans quarterback on allegations ranging from exposure to sexual assault…(n)o criminal charges have been filed” according to WLTX.

NFL.com reports that “Watson has been accused by 22 women in civil lawsuits of sexual assault and misconduct during massage sessions. On Tuesday (April 6), two of the women spoke out publicly for the first time, detailing their experiences with Watson.”

In another NFL.com report, here’s what the two victims of the alleged sexual assault said:

“During a news conference, Ashley Solis, the first woman to file suit against Watson, said she was assaulted and traumatized when she tried to give Watson a massage in March 2020. The Associated Press usually does not name victims of sexual assault, but Solis has chosen to publicly identify herself” per NFL.com.

“I come forward now so that Deshaun Watson does not assault another woman,” Solis said according to NFL.com “…I am seeking justice not just on behalf of myself but for all survivors. … This is about having my voice heard.”

A letter was also read aloud during the news conference “by another of the women who has accused Watson of sexual assault and has also chosen to be publicly identified” according to NFL.com.

“In the letter, Lauren Baxley called Watson ‘a predator with power’ and alleged he touched her with his genitals multiple times during a massage session. She said that after the session, she felt shame and terror that no one would believe her” per NFL.com.

“There is trauma associated with unwanted sexual contact and assault in a place that’s meant to bring peace and therapy, but there are even deeper terrors that you have brought into my life,” Baxley said via NFL.com.

According to ESPN’s Sarah Barshop, “Watson has denied the allegations in the lawsuits”.

Here’s what Watson said about the “lawsuit” in a tweet:

When it comes to Nike, here’s what they had to say:

“We are deeply concerned by the disturbing allegations and have suspended Deshaun Watson,” Nike said in a statement obtained by NFL Network Insider Ian Rapoport per NFL.com. “We will continue to closely monitor the situation.”

And here’s what the NFL said:

“The allegations are deeply disturbing and we take these issues very seriously,” the NFL said in a statement via NFL.com “Immediately following news of the first allegations last month, and as has been reported, we initiated an investigation under the NFL’s Personal Conduct Policy. We are continuing to closely monitor all developments in the matter.”