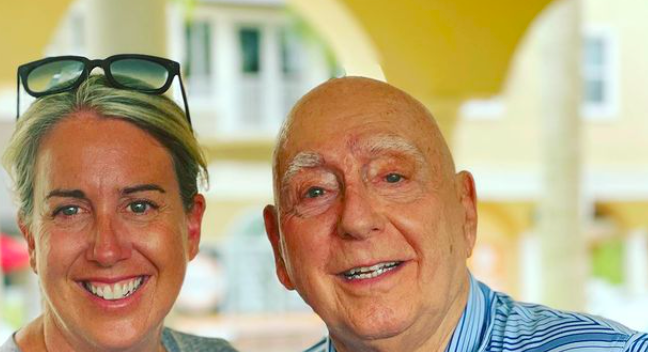 Dick Vitale, historic basketball analyst for ESPN, proudly announced that he has completed his last round of chemotherapy and is now cancer-free.

In October, the 82-year-old shared the harrowing news of his cancer diagnosis. Only a few months after he had multiple surgeries to remove melanoma, the analyst was diagnosed with lymphoma.

“For the second time in just a few months, I’ve been diagnosed with a form of cancer. As a result of some symptoms I’ve had in recent weeks, I’ve been undergoing tests and doctors have now confirmed it’s lymphoma,” he said at the time in a statement published to ESPN Front Row.

Vitale detailed his process of recovery and explained that he planned on undergoing months of chemotherapy to treat the lymphoma. “The plan is to treat my lymphoma with steroids and six months of chemotherapy. The medical experts tell me it has a 90-percent cure rate. They say I can continue to work so I will have to manage my work schedule around my chemo schedule as they will monitor my test results along the way.”

After his initial announcement, he began documenting his treatment journey. After posting about doctors visits, health updates, and hospital stays for many months, Vitals was excited to post his final cancer update on social media. Standing on the soil of Sarasota Memorial Hospital in Florida, he rang a bell that signified the end of his lymphoma treatment and the fact that he is currently free of cancer.

“It was RING THE BELL TIME! Yes it was a tough 7 months but it was super hearing Dr Brown @SMHCS  say that I have zero cancer currently,” the ESPN analyst wrote on Twitter, followed by a video of him celebrating the exciting news. He added, “I was inspired daily by the famous words of my late buddy Jimmy V  ‘Don’t  Give up  DON’T EVER GIVE UP!’” at the end of his announcement.

As Vitale continues to celebrate his own cancer achievements, he is also continuing his work fundraising for children’s cancer research. The basketball analyst is planning for his 17th annual Dick Vitale Gala in early May in Sarasota, which in the past has raised over $50 million for the V Foundation, which specializes in pediatric cancer research.