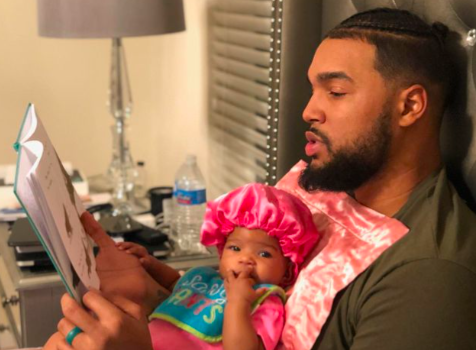 Marcus Smith II is no stranger to the spotlight, making tackles on an NFL stage. Two years out of the league, he’s also tackled another project in the department of children’s books, writing a book titled “Bathtime With Rai“, named after his daughter.

RELATED: Patrick Mahomes Opens Up About Being a Father for the First Time

Smith is a #girldad and is proud of it as he was excited to share about his new book on his daughter, Rai’s, birthday!

“First off I want to wish my beautiful daughter Rai happy birthday!” Smith posted on Instagram. “I’m so happy that (Allison, Smith’s wife) and I can share this memory with her!…My first book is about her and our bonding time together!!”

Smith described what his goal was for this book and talks about the importance of fatherhood.

“Being a modern black dad is so rewarding, but also has its challenges,” Smith said in another Instagram post. “I want to show other fathers that it’s important to have a relationship with their little ones and that it’s about being present not perfect.”

Yes! Tell ’em, Smith. Just being present is key as we need more father’s in homes to be there for their precious children, especially as a good influence and role model for their daughters.

“The book was written for the modern Black dads of the world and for the little brown girls of the world,” Smith told Access according to People. “I just want to put on for the Black fathers to let us know that we are here. And for the little young girls, that there are fathers out there that are trying to become the best father they could possibly be.”