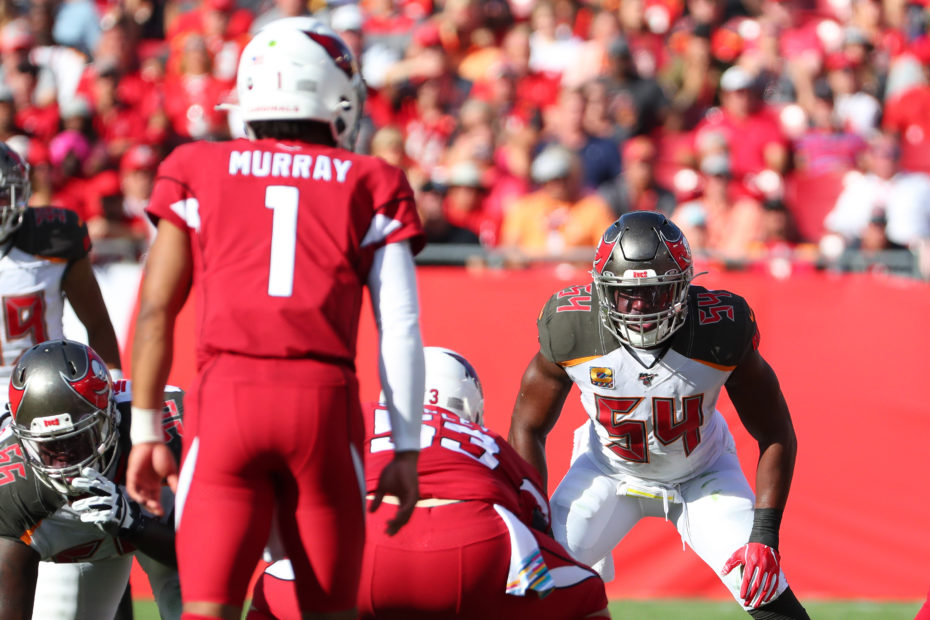 There’s nothing more exciting than watching a couple of NFL top tens square off against each other — especially when you’re talking about a duel between a quarterback and pass rusher. It’s often one of the most talked about matchups in football and something many can’t wait to see.

You never know what you’re going to get when two NFL top tens square off against one another. Sometimes it ends in a stalemate and sometimes one player gets the best of the other. Either way, it contributes to an exciting matchup — which is what we all want to see on football Sunday.

If you’re a fan that loves to watch a quality battle between quarterback and pass rusher, there are certain matchups you won’t want to miss. This is especially true when NFL top tens at each position are set to go against one another — so let’s rank out the top ten players at each position!

RELATED: 25 of the Best Linebackers of All-Time

Quarterbacks receive all the praise when things are going right, but all the criticism when things aren’t. They’re expected to lead by example, produce consistently, execute when it matters most, and represent the city they play for. They’re arguably the most important player in football.

As we enter the second half of the 2021-22 season, we take notice of the quarterbacks that have stood out above the rest for their spectacular and consistent play under center. Before we begin our NFL top tens at the position, let’s first list out some of our favorite honorable mentions.

Dak Prescott has continued where he left off last year before his season-ending injury. He’s scoring at an impressive rate, he’s averaging over 290 yards per game, he already has two game-winning drives, and even has a fourth quarter comeback under his belt this season.

His 18 passing touchdowns ranks sixth among quarterbacks and his 2,045 passing yards ranks 17th — not bad for a player that missed Week 8 due to an injury. He has recorded 3 or more touchdowns in five of his seven games this season, including four touchdowns in Week 4.

Justin Herbert has emerged as one of the most exciting and explosive young quarterbacks in the entire league. He has picked up where he left off after an impressive rookie season last year — finishing with 4,336 yards, 31 touchdowns, and 10 interceptions in 15 games started.

His 18 passing touchdowns ranks fifth among quarterbacks and his 2,350 passing yards ranks sixth in the league. In his eight games played, he has four fourth-quarter comebacks and four game-winning drives. He gets the job done when it matters the most and he does it consistently.

Joe Burrow had his rookie season cut short last year after suffering a torn ACL in Week 11. He seemed to be adjusting to the NFL, but the injury certainly put a halt to his development. The good news is he has come out swinging during the 2021-22 season and looks better than ever.

Burrow’s 20 touchdowns through 9 games ranks fourth in the NFL and is already seven more than he had in 10 games last season. His 2,497 yards ranks fifth among quarterbacks and while he throws a lot of interceptions, he has recorded at least two touchdowns in all but one game.

Patrick Mahomes isn’t having the type of season you would expect out of the superstar and despite being in a slump right now, the former MVP still ranks in the NFL top tens at QB. He’ll eventually get out of his slump and likely move up the list by the end of the regular season.

Mahomes started the year with a three-touchdown, zero-interception performance in Week 1 and while he has thrown the fourth-most yards and third-most touchdowns, he has also thrown 10 interceptions in 9 games. For reference, he threw 11 interceptions the past two seasons.

The Buffalo Bills knew Josh Allen would be a keystone player for their franchise when they drafted him seventh overall in 2018. While they knew what they had, the NFL didn’t recognize it until last season when he exploded for 4,544 yards, 37 touchdowns, and 10 interceptions.

Although he hasn’t quite been as explosive this season, he’s still on-pace for similar numbers and is in the running for Most Valuable Player. If he can get some help from his running backs, Allen’s passing stats will only get better as the season continues — so watch out, pass rushers!

Kyler Murray is on-pace to shatter his current career-highs in passing yards and passing touchdowns this season. He has been one of the most consistent and dangerous quarterbacks in the league, which is why his team has won seven of the eight games he has played in.

He ranks seventh in the NFL in passing yards and passing touchdowns, which is incredible considering he missed Week 9 with an ankle injury. With the talent he has at wide receiver, Murray will go right back to tearing opposing defenses up once he recovers from his injury.

Aaron Rodgers is one of the greatest quarterbacks to ever suit up, so it’s no surprise he finds himself in the NFL top tens at quarterback. There was doubt regarding his status during the offseason and training camp, but he’s playing as well as he ever has with the Packers.

He might rank just 24th in passing yards and 10th in passing touchdowns, but has only thrown three interceptions and even missed Week 9 due to COVI

D-19 restrictions. His team is 7-1 with him as starter this season and he has thrown two or more touchdowns in seven-straight games.

Matthew Stafford is currently playing his first season with the Los Angeles Rams after being traded from the Detroit Lions over the offseason. It was a surprising trade that he’s benefiting greatly from as he’s having one of the best seasons of his illustrious 13-year career in the NFL.

He currently leads the league with 2,771 passing yards and is on-pace for well over 5,000 yards by the end of the season. He also ranks second in passing touchdowns with 23 and has only thrown six interceptions — proving to be both productive and efficient with his new team in LA.

It’s hard not to mention Tom Brady whenever you talk about the best quarterbacks in the NFL. He’s been among the best every single year for the past 21 seasons and still ranks atop our list of NFL top tens at the age of 44. It shouldn’t surprise us anymore, but for some reason it does.

Brady’s 2,650 passing yards ranks second in the league and he leads all passers with 25 passing touchdowns — all while only throwing five interceptions. He has thrown four or more touchdowns in five games this season, including five touchdowns in Weeks 2 and 5.

Crosby is known for his constant pressure, which is exactly what you want out of a defensive end. Even if he doesn’t get the sack, he still gets a hit on the quarterback to keep him honest throughout the game. Expect Crosby to continue bringing the pressure as the season rolls on.

Speaking of players that know how to hit the quarterback, Jonathan Allen is having a similar season to Crosby in many ways. While Allen doesn’t boast a lot of sacks, he currently ranks second in the league with 19 quarterback hits — including at least two in all but one game.

Allen started the season with three sacks through the first two games, but failed to record a sack over the next four games. He recorded another three sacks in Weeks 7 and 8 before heading into the bye week. He’s been a consistent pass rusher this year and that won’t change.

Nick Bosa is having an extremely productive season after missing most of last year to a torn ACL. Through eight games, he has recorded at least one sack in five of them and at least two quarterback hits in all but one of them. He also has 12 tackles for loss, which leads the NFL.

At this rate, Bosa will post career-highs in sacks, tackles, tackles for loss, and quarterback hits — in addition to already posting a career-high in forced fumbles with two. If he can stay healthy, he’ll continue to rise up this list and could eventually make his way into the coveted top-five.

Haason Reddick had a breakout season last year with the Arizona Cardinals and is continuing that success into his fifth year in the league. It’s his first season with the Carolina Panthers and things are going well thus far, to say the least. In fact, things couldn’t really be going any better.

Reddick not only has 12 quarterback hits to his name this season, but he leads the league in tackles for loss with 12 and ranks sixth in the league with 8.5 sacks. He has recorded at least one sack in six of his nine games and has a tackle for loss in each of the past five games.

Trey Hendrickson is another pass rusher that had a breakout 2020 campaign and is seeing continued success with a new team during the 2021 season. After recording a career-high 13.5 sacks with the Saints in 2020, Hendrickson is currently on-pace for over 15 sacks this season.

Markus Golden found his way back to the Arizona Cardinals last season and he’s rewarding them with a spectacular season thus far in 2021 — one that could be the best of his career. He’s on-pace to set career-highs in sacks, tackles for loss, quarterback hits, and forced fumbles.

His 9.0 sacks this season currently ranks fifth in the NFL and his 13 quarterback hits ranks 15th. He also leads the league in forced fumbles with four, just one away from a career-high. If he can continue this success all the way through, he could finish with close to 20.0 sacks.

Judon’s 9.0 sacks currently ranks fourth in the league, his 10 tackles for loss ranks fifth, and his 16 quarterback hits ranks eighth. He fills in the gaps well, explodes to the quarterback often, and always seems to be in the right place at the right time. We’ll see if he continues his hot streak.

T.J. Watt has been a force in this league ever since the Pittsburgh Steelers drafted him in 2017. He has increased his sacks, tackles for loss, and quarterback hits each year since and is on-pace to do it again this season. There’s no doubt he deserves to be in the NFL top tens.

He knows how to fill up a stat sheet and does everything you need an outside linebacker to do. He’s versatile, intelligent, powerful, quick, and makes good decisions in the heat of the moment. That’s why he currently ranks second in the league with 11.5 sacks and 11 tackles for loss.

Quarterbacks Need to Keep an Eye on Pass Rushers

If quarterbacks don’t keep an eye on these pass rushers, they’ll have a heyday beyond the line of scrimmage and will torture the quarterback into a loss of yardage, turnover, or other bad decisions. It’s what every offensive coach hopes to avoid when facing a quality pass rush.

YOU MAY ALSO LIKE: 25 of the NFL’s Best Pass Rushers of All-Time

As the 2021-22 season continues, we’re going to keep our eyes on the NFL top tens at both quarterback and the pass rush. It’s always exciting when two of these players match up against each other as we get to witness two of the league’s greats go head-to-head against each other.