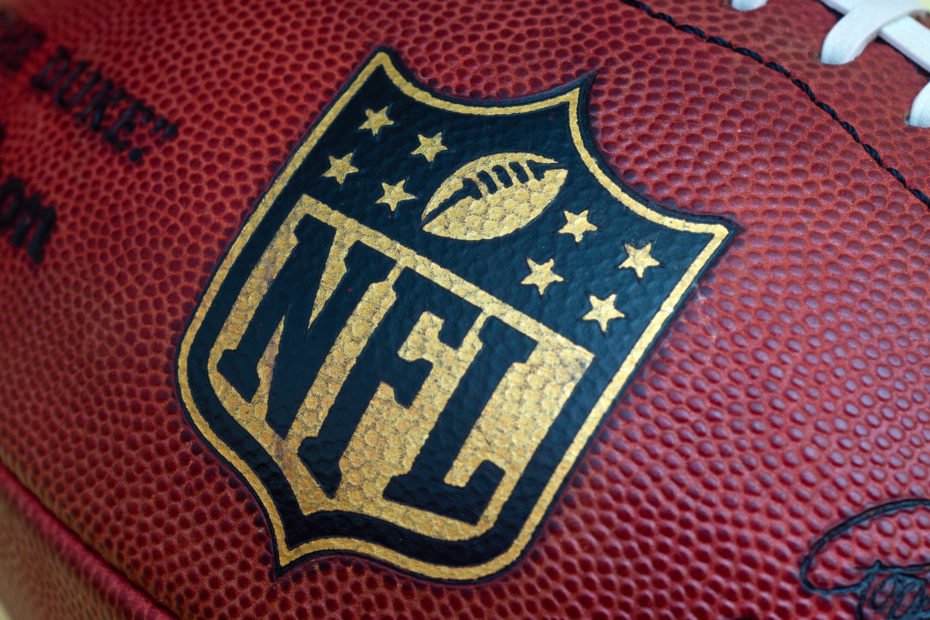 Football is a game of matchups and there’s nothing fans enjoy more than a quality matchup between two NFL top tens at wide receiver and cornerback. It usually brings a healthy dose of trash talk, a handful of Sportscenter top-ten worthy plays, and a plethora of excited fans.

RELATED: 25 of the NFL’s Best Pass Rushers of All-Time

As we approach the midpoint of the 2021 season, we’re starting to see which players fit into which group. Much like any other year, we’re seeing several receivers perform at a higher level than others. Don’t worry, we’re going to break down who the best are so far in the NFL this year.

Starting with several honorable mentions, let’s take a look at the current NFL top tens at the wide receiver position!

Stefon Diggs is now in his second season with the Buffalo Bills after being traded to the team prior to last season. He’s not only coming off a year where he set career-highs in receptions and yards, but he was clearly the best receiver last season and led the league in both categories.

After leading the Baltimore Ravens in receptions, targets, receiving yards, and receiving touchdowns last season, Marquise Brown is at it again during the 2021 season. In fact, he’s only 13 receptions, 32 targets, 87 yards, and 3 touchdowns away from setting career-highs.

Brown currently ranks sixth in the league in receiving yards and is one of nine players with six or more receiving touchdowns. He has recorded more than 100 yards in three games this season, including a season-best 125 yards and two touchdowns against the Indianapolis Colts (Week 5).

While his yards, targets, and receptions have taken a hit since last season, Russell Wilson’s injury is playing a big part in that. Still, he has had two multi-touchdown games this season, has scored a touchdown in six of eight games, and is on-pace to have over 1,000 yards receiving.

DeAndre Hopkins has the best hands in the entire league and puts it on display every single game. His stats might be taking a small hit this season, but that’s because Kyler Murray has more options than ever before. Still, he finds himself among the NFL top tens at wide receiver.

Hopkins has yet to record more than seven receptions in a single game, hasn’t recorded more than 87 yards in a game this season, but does have two multi-touchdown games to his credit. In fact, he’s one of just six receivers to score at least seven reception touchdowns this season.

Mike Evans is coming off a Super Bowl victory last season as he enters his second year with future Hall of Fame quarterback Tom Brady. His stats haven’t been as dominant since Brady joined the Bucs, but Evans has to split targets with some of the league’s other best receivers.

So far this season, Evans is one of just three receivers to catch eight or more touchdowns and has three multi-touchdown games — including a three-touchdown performance in Week 7. With that said, he ranks 26th in the NFL in reception yards and 35th in total receptions this season.

Deebo Samuel has been one of the most explosive receivers in the NFL this season and it all started Week 1 when he finished with 9 receptions, 189 yards, and one touchdown. He also had 8 catches for 156 yards and two touchdowns in Week 4 and 7 catches for 171 yards in Week 7.

Overall, he has four games of over 100 yards this season, four games of 10+ targets, and one multi-touchdown game. He currently ranks 12th in the NFL in receptions, second in receiving yards, 17th in touchdowns. He even has a 13-yard rushing touchdown under his belt this year.

Davante Adams isn’t scoring nearly as many touchdowns as we’re used to seeing from him, but he’s been just as effective on the field. He’s on-pace to set career-highs in receptions and receiving yards, despite only scoring three touchdowns halfway through the 2021-22 season.

Adams currently ranks fourth in the NFL in targets, third in receptions, and fourth in receiving yards. His 206-yard performance in Week 5 against the Cincinnati Bengals is the most receiving yards in a single game by a receiver this season — ahead of Ja’Marr Chase’s 201-yard game.

Speaking of Ja’Marr Chase, he finds himself at No. 3 on our list of NFL top tens at receiver. Despite it being his first year in the league, he’s taking the NFL by storm with young quarterback Joe Burrow. He has scored a receiving touchdown in six of his nine games so far this season.

While he only ranks 23rd in receptions and 12th in targets, Chase currently ranks third in receiving yards and is one of just six players with seven or more receiving touchdowns. He’s having a fine start to his young career and is showing no signs of slowing down anytime soon.

Tyreek Hill continues to prove why he’s one of the most valuable and consistent receivers in the NFL this season — despite the Kansas City Chiefs having one of their worst regular seasons in a while. He has been a bright spot on an offense that has failed to meet expectations thus far.

Cooper Kupp has been on a tear so far this season, leading all receivers in targets, receptions, yards, and touchdowns. He’s on pace for nearly 2,000 yards receiving, 20 receiving touchdowns, and 150 receptions by the end of the season, which is possible with 17 games.

This is Kupp’s first season with new Los Angeles Rams’ quarterback Matt Stafford and it has been a match made in heaven. Their team is 7-2 after nine games and Kupp’s performances have been a big reason why. He’s established himself as the top receiver in the NFL right now.

Much like the receiver position, the NFL top tens at the cornerback position change every year and things are no different during the 2021-22 season. It’s hard to find your name on that list consistently and it’s something only a few cornerbacks will accomplish year-in and year-out.

Despite having just one interception, which came in a Week 8 matchup against the Chicago Bears, he has already recorded a career-high four forced fumbles. He leads all cornerbacks in that statistical category and has emerged as a reliable starting cornerback for the 49ers.

Tre’Davious White has emerged as one of the top cornerbacks in the league over the past few seasons and while his stats don’t say much this season, he’s still locking down top receivers week-in and week-out. He’s a big reason why the Buffalo Bills have one of the best defenses.

With 15 interceptions in his first four seasons, White has yet to record one this year and only has four passes defensed after having 28 over the past two seasons. The small dip in production has him listed at No. 9 on our list of NFL top tens, but he’s better than that ranking.

Anthony Brown has started all eight games for the Dallas Cowboys so far this season and the team has been rewarded as a result. He has already tied his career-high in interceptions, is on pace to shatter his career-high in tackles and passes defensed, and recorded his first pick-six.

He has been a steady contributor on a Cowboys’ defense that has helped their team to a 6-2 record. His play has been consistent, it’s been reliable, and it has been exactly what the Cowboys need — especially considering he’s making $2.5 million more than he did last season.

After recording 10 interceptions over the past four seasons, Marshon Lattimore has just one interception during his 2021-22 campaign. With that said, he’s one of just five cornerbacks in the league with 10 or more passes defensed and is a key contributor every night for the Saints.

He put on a remarkable display in Week 5 against the Washington Football Team, recording a career-high six passes defensed. He was a nightmare for the opposing team and you have to wonder why they kept trying to throw his way. We’ll see if Lattimore can continue that play.

Xavien Howard has recorded 22 interceptions over the past four seasons, including a career-high 10 interceptions last year. Expectations were high entering his 2021-22 campaign and he has delivered thus far, adding two more interceptions to his career total through 8 games.

Not only that, but he’s one of just five cornerbacks — along with Marshon Lattimore — with at least 10 passes defensed and he’s on-pace to break his career-high of 20 passes defensed last year. With a couple more interceptions, he would easily be higher on our list of NFL top tens.

Byron Murphy Jr. was drafted 33rd overall by the Arizona Cardinals in 2019, but hasn’t lived up to the expectation until this season. He’s one of the best corners in the league right now after a hot start to the year — which included three interceptions and one touchdown in Weeks 3 and 4.

Jalen Ramsey has been one of the top cornerbacks since he entered the league in 2016. After only recording two interceptions over the past two seasons, Ramsey looks like his old self this year with three interceptions through 9 games. He has been excellent for the Rams thus far.

He’s one of just 15 defensive backs with at least three interceptions this season and one of 15 cornerbacks with at least 8 passes defensed. He also has six tackles for loss, which is a career-high for the sixth-year cornerback. It’s safe to say he’s doing well in Los Angeles.

James Bradberry has been a mainstay on the New York Giants’ defense over the past five seasons and is putting together another fine campaign this season. He recorded his third interception of the year in Week 7 — the third consecutive year he has achieved that feat.

J.C. Jackson is continuing what he has done his entire four-year career — catch interceptions. Over the past three seasons, he recorded 17 interceptions in just 22 games started. He has started in all nine of the Patriots’ games this year and has added another five interceptions.

Trevon Diggs is having himself an incredible season as he establishes himself as one of the best cornerbacks in the league. It’s just his second year in the league, but he’s playing like a veteran, making all the right decisions, and is a nightmare matchup for any wide receiver.

There’s Nothing Better Than a Good WR-CB Duel

Look at all those talented players listed above. It’s no wonder why the NFL community looks forward to these matchups, you never really know what you’re going to get and there’s no way of predicting which player will get the better of their opponent. It’s extremely exciting to witness.

And while we discussed the NFL top tens at each position in the league right now, that doesn’t even begin to include all the talented players currently having down years (Jaire Alexander and Julio Jones), or those that have been injured (Sean Murphy-Bunting and Michael Thomas).

YOU MAY ALSO LIKE: 25 of the Best Linebackers of All-Time

While we don’t always know what the future holds, we can certainly count on the NFL top tens at wide receiver and cornerback to deliver exciting performances when on the field. They’re playing better than anyone else in the NFL right now, so let’s see if they can keep it going.