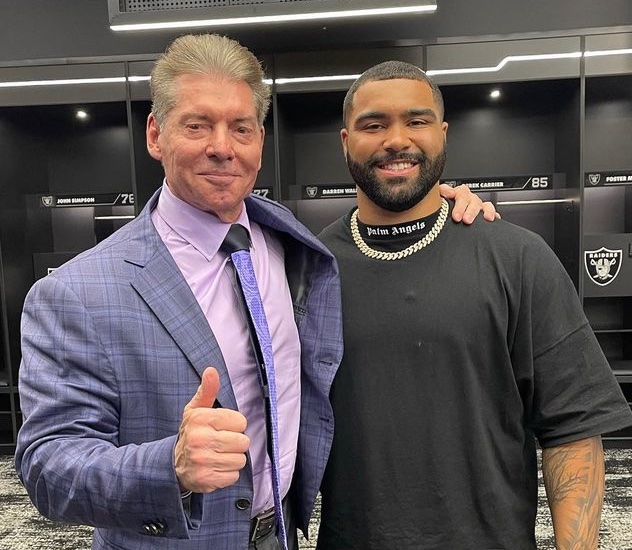 University of Minnesota wrestler, Gable Steveson, showcased an incredible performance during the 2020 Tokyo Games. Bringing home a gold medal for the 125kg competition and earning a whole lot of respect from wrestlers around the globe, Steveson was itching to keep his career in motion. Amazingly, he won’t be slowing down anytime soon because he just accomplished a childhood dream. He will be the next face of WWE!

“Childhood dream accomplished,” the 21-year-old wrote on Twitter, announcing the good news. “I have officially signed with the @WWE!!! Thank you for the opportunity!! LET’S WORK.”

The world first caught wind of Steveson’s impressive stamina when he turned on his Olympic opponent with only 0.4 seconds left on the clock. Competing against Geno Petriashvili, the American athlete had 10 seconds to get two more points against Petriashvilli if he wanted to walk out of there with a gold medal. And, he did just that.

“I’ve been on WWE since I was really young,” Steveson explained to ESPN, recounting where his love for WWE started. He continued and offered, “I was on guys like Brock Lesnar and Paul Heyman for a very long time. So growing up watching them, me being an entertainer on the wrestling mat, it just felt like it was the right choice.”

While WWE was the right choice for the wrestler, WWE was also happy to sign him to a multi-year NIL contract in which he can profit off his name and likeness, all while still wrestling at his school. Speaking in reference to Steveson, WWE president Nick Khan shared, “We all saw his physical ability prior to and at the Olympics. What we also saw was that Gable has as much charisma as he does ability. Marketability and ability are both of great importance to us.”

“He has all the tools to be a generational talent. The introduction of NIL allows us to create a more direct path from college to WWE, a benefit to athletes as well as the WWE universe, as Gable will have an immediate presence with our company while working towards earning his degree and defending his national championship. The future is bright for him in WWE.”

Khan also included his predictions for this wrestler’s future, believing it to be very bright. “This is just the starting line and nowhere close to the finish line. So our investment is based on how much we think of Gable now and how much bigger we think he can become,” the WWE president said.