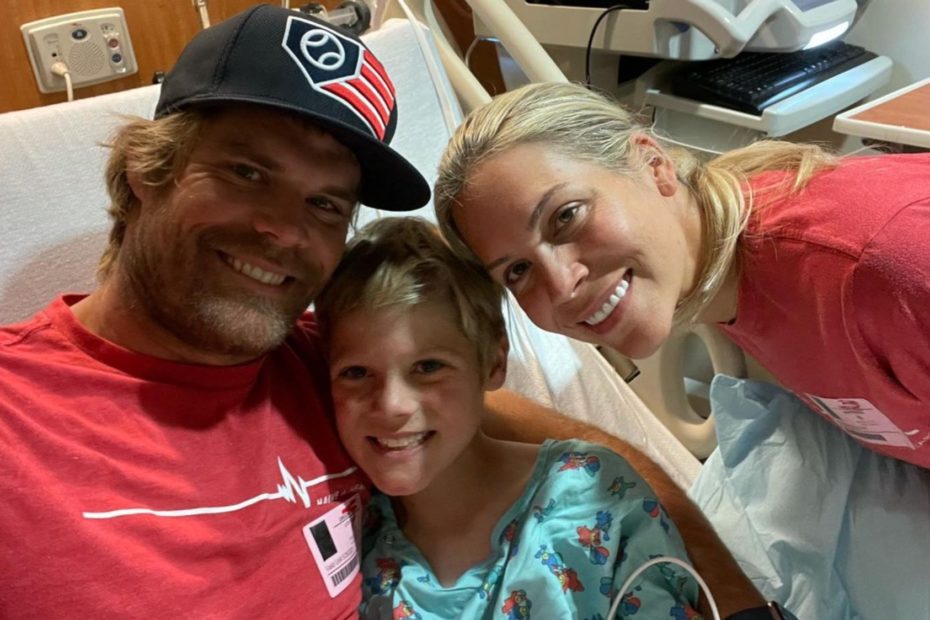 In an emotional update regarding his son’s health battle, retired NFL star Greg Olsen revealed that “it seems his heart is reaching its end.” According to Olsen’s Instagram post, his 8-year-old son TJ has been dealing with a heart condition since birth.

Sadly, as Olsen began his statement, he revealed that this week in particular has been very tough on his family. Since being welcomed into the world 8 years ago, TJ has had to endure three different open-heart surgeries. “[He has] survived with a modified heart for his first 8 years.”

RELATED: Simone Biles Made History While Wearing a Leotard That Says It All

And now, it seems as though the next step for Greg Olsen’s may be a heart transplant.

Olsen continued, saying, “Unfortunately, it seems his heart is reaching its end. We are currently working through the process to determine our next steps, which ultimately could lead to a heart transplant.”

“We don’t know how long we will be within these hospital walls. We do know that we are in full control of our attitudes and our outlook. TJ has been a fighter since birth. We are going to get through this as a family and be better off as a result of this experience.”

Olsen then asked his followers and all those who stumble upon his son’s story for their prayers and good wishes.

A couple of days later, Olsen shared a photo of him, TJ, and TJ’s mom from his hospital room. In the caption, Olsen revealed that “TJ was all smiles this am before his Heart Cath procedure.”

He further explained that this procedure “will help the doctors get all the necessary data to allow him to be the best transplant candidate possible.” He added that their family made the decision to continue to share TJ’s story because “we know we aren’t alone in our journey.”

Our thoughts and prayers are with TJ during this difficult journey! But we know that if he’s anything like his dad was on the football field, this battle doesn’t stand a chance!