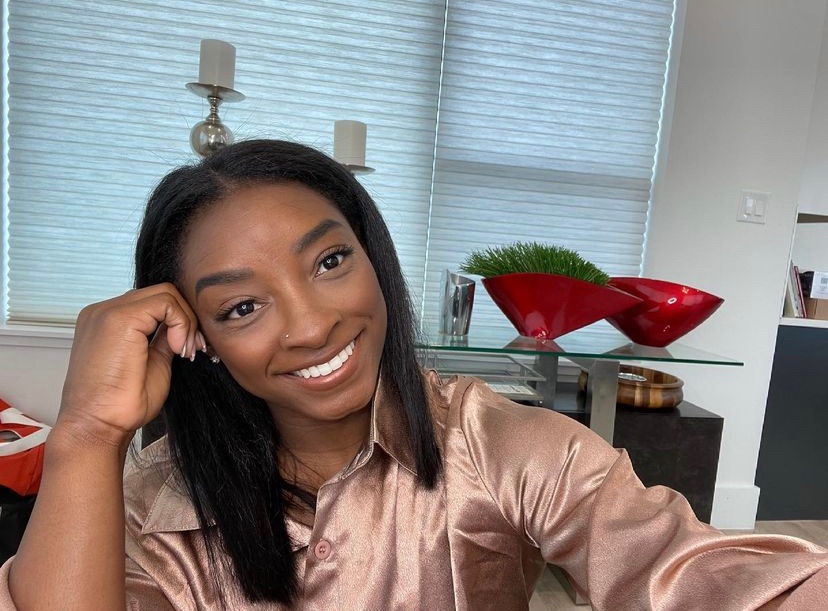 How Simone Biles, 24, Changed the World of Gymnastics Using a Slice of Pizza

In Simone Biles‘ young life of 24 years, she has collected seven Olympic medals, four of which are gold, and has largely made a name for herself as one of the most accomplished gymnasts of all time. However, what sets her apart from other professional athletes is her honesty and genuine attitude towards factors in her life that aren’t gym-related.

While her impressive skills can feel slightly supernatural at times, this athlete has made it known to the world that she is simply human. The sentiments that this Olympian holds and exhibits, believe it or not, have altered the world of athleticism and hopefully for the better. This is how she did it.

The year was 2016 and it was a mere months before Biles made her Olympic debut at the Rio Games. During her time in training, the young gymnast shared to Instagram a boomerang of a greased and oily pepperoni pizza pie with the caption, “Happiness.”

To the average person, a slice of pizza is a very standard meal that doesn’t deserve to be coined as a food of significance. However, to the average athlete, junk food (such as pizza) is a sin that is to never be spoken about or talked about. This is why when Simone Biles spoke openly about her love for the food, it broke some barriers that had previously stood strong for many years.

Athletes are viewed as one thing and one thing only: athletes. They are not designed to exist outside of their choice of sport, have lives, significant others, go on vacations, or eat a delicious, calorie-loaded, pizza. Yet, Simone Biles was not about to change for anyone.

Simone Biles proved it is possible to still be a kid and a dedicated athlete.

At such a young age, Biles was impressing the world with never-before-seen gymnastics moves, all while staying true to herself and the other parts of her life. For most sports before Biles’ emergence, this is something that was seldom heard of.

According to ESPN, her former coach Aimee Boorman shared why she thinks Biles has had such a significant impact on others. “If she weren’t putting her life out there, then when she calls out what she considers an injustice on social media, it wouldn’t have as big of an impact,” offered the coach. “The world listens to her because she is honest about her life. Yes, I have a boyfriend. Yes, I dress in bikinis. Yes, I think this is an injustice in the world.”

In 2019, Biles’ coach Cecile Laurent shared, “She understands how powerful her voice is, and I think it feels good.” Laurent also included, “It’s also scary. She feels like she needs to do it for her and for the other girls.”

All of her openness, both on the gym floor and off, has prepared her for her sudden 2020 Olympic withdrawal. During the Tokyo Games, Biles made the brave decision to not compete in the team competitions to preserve her mental health.

Despite the fact that it was a shocking turn of events, it represents a larger shift in how the world treats professional athletes. There is a keen understanding that athletes are not immune to pressure and in fact, still exhibit levels of stress that can negatively impact their psyche. Her decision to not compete was one of bravery, but it also showcased the fact that athletes are not machines that exist solely to pump out entertainment and incredible sportsmanship. They are human, too.

Biles did return to the beam to compete one last time before the Tokyo Games are finished and she is walking out with a bronze medal. She told reporters after the meet, “I wasn’t even expecting to medal on beam. I was just trying to hit one more beam set. To have one more opportunity to compete at the Olympics meant the world to me.”