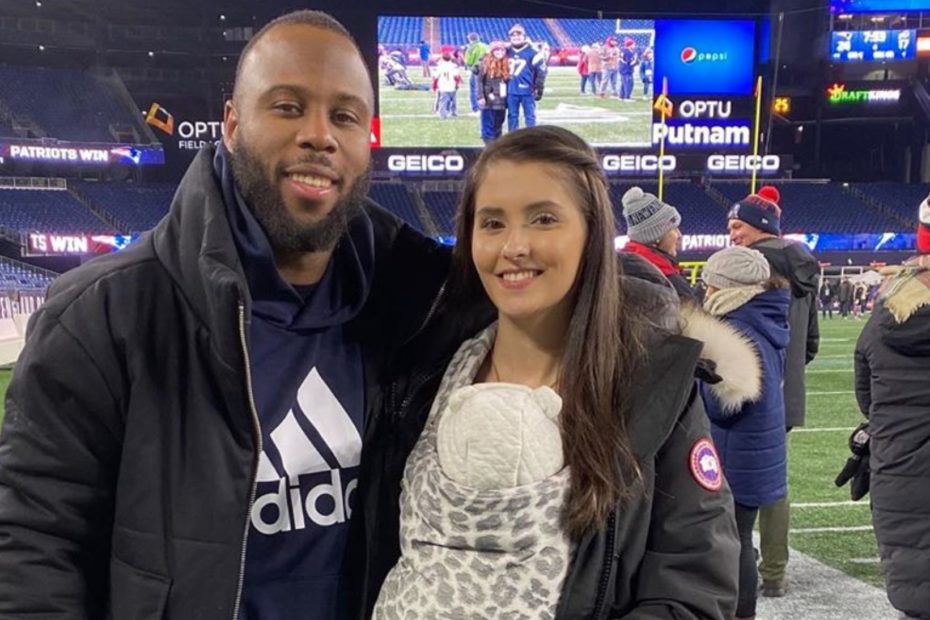 After Devin McCourty scored a touchdown during the Patriots-Seahawks on Sunday Night, he yelled a message into the nearest camera. That message was to one of his teammates, James White, who was not in attendance.

According to the NFL, White lost his father during the hours leading up to the game in a horrific car crash. His mother was also in the vehicle and is currently in critical condition. McCourty showed his teammate some love after scoring a TD for their team.

“Hey! 2-8! We love you!” McCourty said into the camera. According to South Florida sports reporter Andy Slater, White’s father, Tyrone, was a captain with the Miami-Dade Police Department.

You May Like: Watch the Extremely Heartwarming Moment Dion Waiters Is Reunited With His Son After Months in the Bubble

One of Tyrone’s colleagues, Miami-Dade Police Department Director Alfredo Ramirez III, took to Twitter to share his condolences to the White family on Saturday night. “I’m extremely saddened after learning of the passing of MDPD Captain Tyrone White earlier today as a result of an off-duty traffic crash in Broward County. I offered his family my deepest condolences on behalf of his MDPD family. May he rest in eternal peace,” the tweet read.

“Thank you for your service Capt. White,” Ramirez continued. “My sincere appreciation also goes out to @browardsheriff for your professionalism during this difficult time. Please continue to keep his wife Lisa in your thoughts and prayers as well. She remains hospitalized as a result of the crash.”

Also making a public statement of support was Seahawks quarterback Russell Wilson. Wilson and White played together at the University of Wisconsin.

“My heart is heavy because one of my teammates, James White, from Wisconsin, one of the nicest guys, best people I know … My heart has been heavy all day thinking about him. The game was the game … James, I’m praying for you.”

Also, Julian Edelman shared a photo of him and White on Instagram with the caption, “Bigger than football.”

Our thoughts and prayers are with White and his mom, Lisa, during this very difficult time.