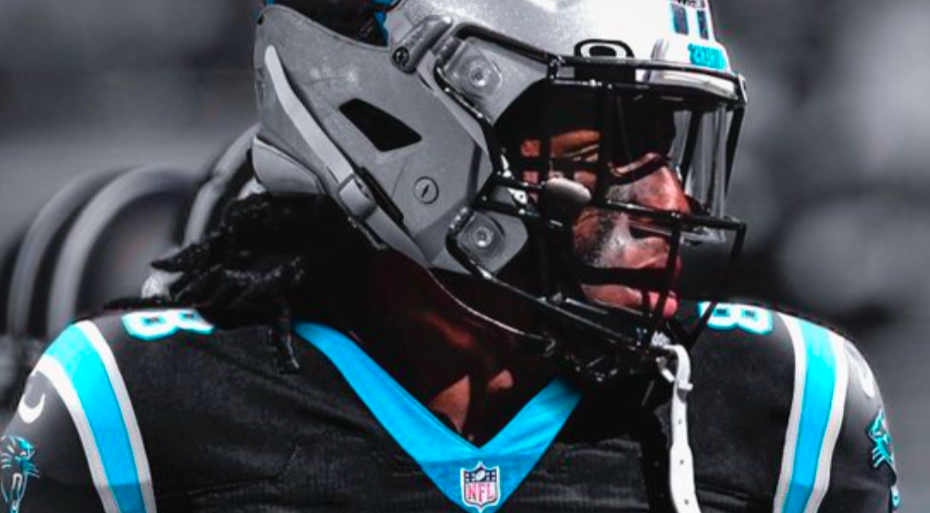 Coincidentally, Horn has chosen to wear the number 8 on his Panthers jersey this year. And no it’s not because he was the 8th overall pick in the draft this year.

With the eighth pick in the 2021 NFL Draft, the Carolina Panthers selected…

RELATED: Check This Out: ‘NFL Draft With A View’ Order Coming Right Up For LA Rams 2021 Draft

As USA Today’s Chris Bumbaca notes, “Horn will wear No. 8 in honor of the late Kobe Bryant.” Being a top 10 NFL Draft pick was a moment he, his family, and friends will cherish forever.

You can watch some of the behind-the-scenes moments of Horn, his family, and friends on draft day:

As NFL.com’s Jelani Scott notes, Horn is “the first Panthers player to embrace the adjusted restrictions associated with who can wear which jersey numbers.” If you’re unaware of the new rule, here is a refresher:

Taking full advantage of the new rule, the cornerback will rock a single-digit uniform as a defensive back, different than what you’re used to seeing and what players are used to on an NFL field.

In January, Horn tweeted how much he misses Kobe Bryant, whom he recognized as the greatest basketball player:

Now, Horn will honor Bryant each time he takes the field and puts on his NFL Panthers jersey along with remembering the moment that changed him and his family’s life as the eighth pick in the draft.

Horn will pay tribute to the basketball player who knew a thing or two about defending, competing at the highest level of athletics, and winning titles as Horn will strive to defend NFL receivers, compete in the NFL, and help win games for Carolina.

And just to make this number-eight even more relevant to Horn, he also tweeted the jersey announcement on…May 8th.