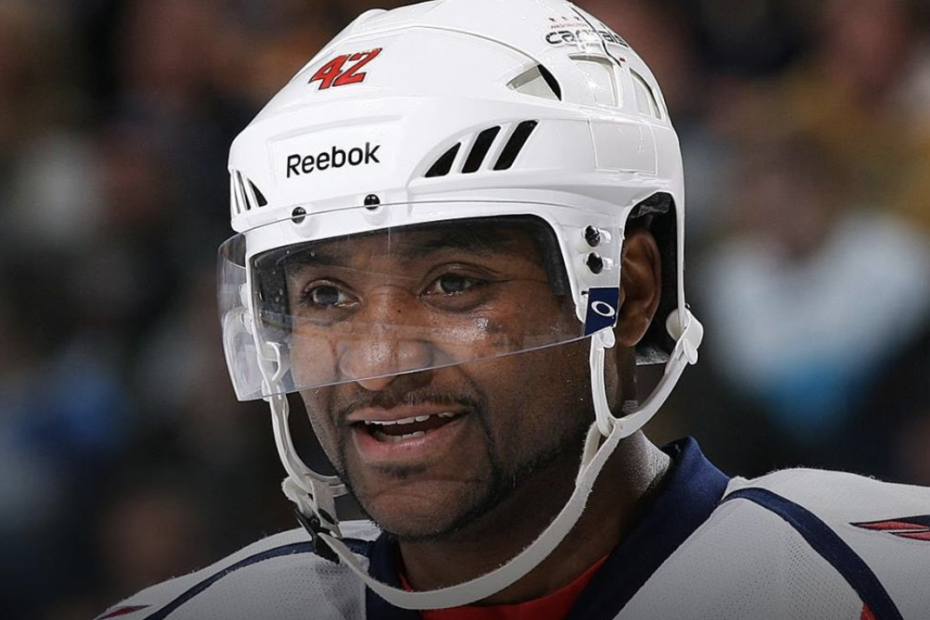 In a letter to his fans, Joel Ward announced his retirement on Monday.

The Canadian native finished his career with the San Jose Sharks in the 2017-2018 season. At 39 years old, Ward attended the Montreal Canadiens training camp ahead of the 2018-2019 season, but the forward was unable to attain a roster spot.

Ward started his NHL career with the Minnesota Wild back in 2006. In his 11 games with the Wild, he recorded only one assist.

He would then play on three different teams in the next 10 years including the Nashville Predators, Washington Capitals, and aforementioned San Jose Sharks. In his NHL career, Ward played 726 games in which he recorded 133 goals and 304 assists.

Ward’s teams made the playoffs 7 out of 11 times while he was on the team. Though Washington did not make the playoffs, Ward’s most successful season statistically was the 2013-2014 season in which Ward scored 24 goals and 49 points.

Ward also has his share of clutch playoff moments, with Washington especially. In Washington’s 2015 Stanley Cup run, Ward scored in the last 2 seconds to break the tie in a 2-1 game in Game 1 of the second round against the Rangers. In 2012, he also scored an overtime goal with the Capitals in a Game 7 against Boston in the first round.

Though his overtime Game 7 winning goal was one of the best moments of Ward’s career, it was marred with racist messages inundating social media.

After another incident 8 years later involving another African-American hockey player, Rangers prospect, K’Andre Miller, Ward made a statement this past Monday on a conference call.

“It’s definitely disheartening. It’s sickening to hear some of these cases. All we want to do is to play. Sometimes when you’re in a locker room, it can feel a little lonely at times, because it’s hard to relate in certain situations. Coaches or teammates [that] call you a certain name because of the color of your skin is definitely hurting.”

Ward has always supported the “Hockey is for Everyone” movement.

“It’s huge for me. It’s representation. Growing up in Toronto, there wasn’t too many blacks playing in the NHL to look up to,” Ward said in the press conference. “It’s just a game for everybody. I picked up a stick and fell in love with it. Why can’t the next kid? For guys like myself and other players, it’s important to show kids from other minorities and people of color that hockey is for everybody.”

In his retirement, Ward says that he hopes to work with the NHL in his fight against racism in hockey.