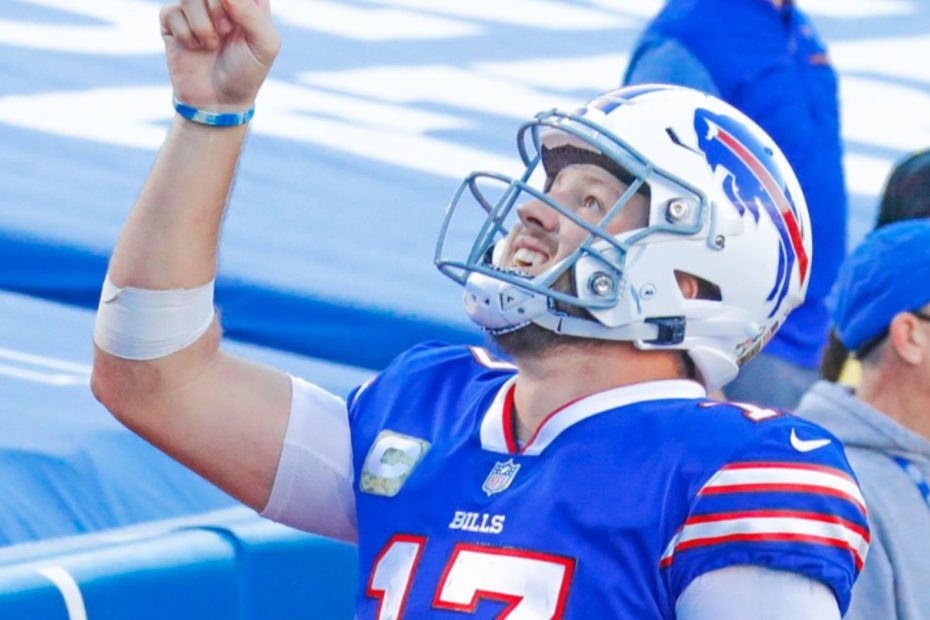 Josh Allen Plays For Late Grandmother Who Was A ‘Huge, Huge Supporter’ of The Bills’ Quarterback

Josh Allen Plays For Late Grandmother Who Was A ‘Huge, Huge Supporter’ of The Bills’ Quarterback

Buffalo Bills quarterback Josh Allen got a call on Saturday, November 7. That phone call sadly revealed that his beloved grandmother, Patricia Allen, had passed away.

On Sunday, November 8, he played for his grandmother.

“It was tough,” Allen said in an interview with The NFL Network. “And calling my family members and hearing them sobbing, just hearing my dad and my mom and knowing I couldn’t be there to give them a hug. But I did know one thing, she was a huge, huge supporter of mine throughout my entire life. Felt like it was a duty for me to go out there and play for her.”

And suiting up and playing in an NFL game against the Seahawks, he did. Allen threw for 415 yards, four touchdowns, and a 138.5 quarterback rating, leading his team to a 44-34 win.

“Josh played a heck of a game, he was under pressure at times, was able to escape, was smart with the football,” Allen’s head coach, Sean McDermott, said per the Bills. “Got it where he needed to get it to his outlets at times when they were pressuring. Listen, Josh is emotional, You probably heard he lost his grandmother last night. It was a big win and a great thing for him to play like he played. Just a mentally tough young man.”

Allen’s mother also described the emotions behind the weekend and how Allen’s grandmother “lived for Sundays to watch her grandson.”

“It was a very rough day yesterday but grammy wouldn’t have had it any other way but to have Josh out on that field with his family/teammates,” LaVonne Allen, Josh’s mom said in reply to the Bills’ tweet. “She lived for Sundays to watch her grandson and favorite team the Bills …Grammy and Papa had the best seats in the house…7-2.”

Along with a range of emotions in what has been an utmost difficult weekend for Allen and his family, the Bills community is raising money for the John R. Oishei Children’s Hospital in Buffalo, in honor of Patricia Allen.

Talk about a supportive community, the “Bills Mafia”, is rallying behind their quarterback during such a difficult time.

If you’d like to make a donation in honor of Patricia, they’re taking any amount, including $17. That is, of course, Allen’s jersey number. So far, as of Monday, over $650,000 has been raised.