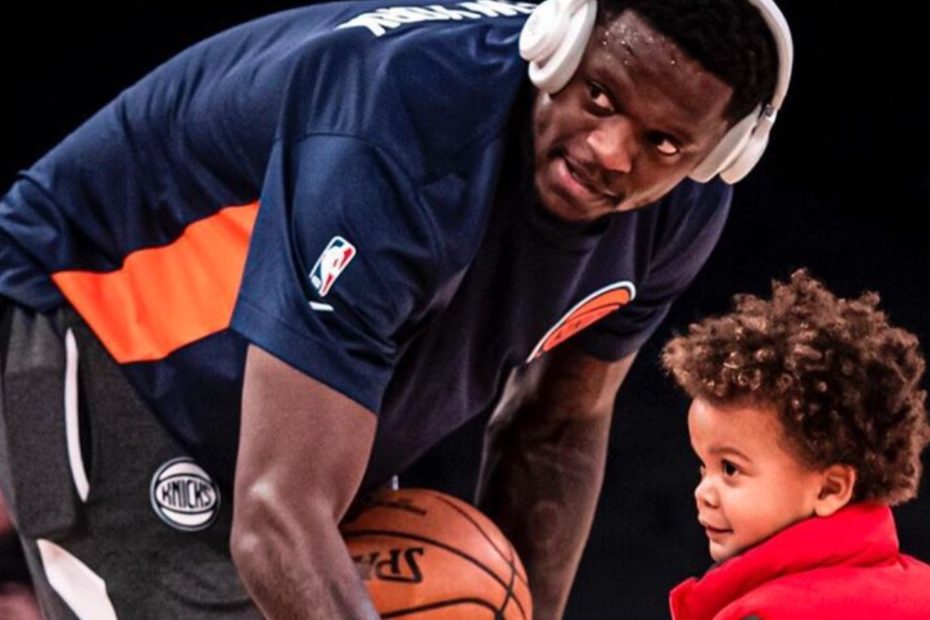 When it comes to having kids, all most parents want is for their children to carry on their legacy. A legacy of kindness, hard work, maybe philanthropy, or if you’re a professional basketball player, you’d like to see your kid at least take an interest in the sport.

Well for New York Knicks forward, Julius Randle, his son is also finding a love for basketball and maybe even wrestling too. In 2014, Randle was the 7th pick of the NBA draft when he was taken by the Los Angeles Lakers in the first round.

While a member of the Lakers organization from 2014 to 2018, Randle got married to his wife Kendra Shaw, and together they had a child. Now, at four years old, Randle’s baby boy is participating in youth basketball and a recent video Randle shared of his son on the court has people laughing.

In the video, Kyden is sporting the number 30 just like his daddy. However, as the video continues, Kyden is seen yelling for his teammate to pass him the ball.

But when the teammate doesn’t obey orders, Kyden takes matters into his own hands. No, he doesn’t just steal the ball from his friends, but instead, Kyden goes for a takedown, which to be fair, is also two-points.

RELATED: At the Buzzer’s Top 20 Sports Memes of the Week

As soon as Kyden committed the slightly obvious foul, on his own teammate, Randall rushes over to let his son know that even if he wasn’t given the ball as he asked, he’s still not allowed to tackle his own teammate. “You would think that’s one of the Morris twins’ sons,” one commenter joked after seeing the video.

It’s unclear how the rest of the game went from there, but it is clear that Kyden need to give wrestling or football a try.