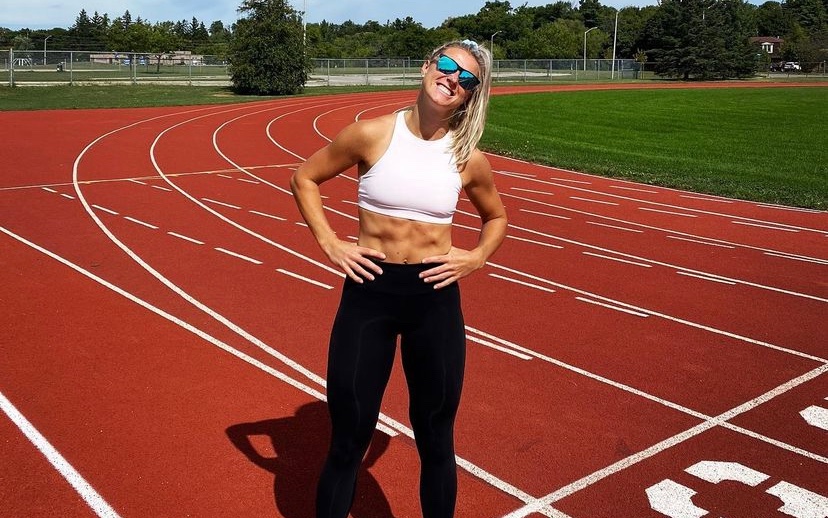 Twenty-seven-year-old Canadian cyclist, Kelsey Mitchell, found herself in quite a pickle when she attempted to go through airport security but ended up setting off the alarms as she waltzed through. What could the reason have been?

Was she harboring illegal accouterments on her person? The answer is no.

She was just wearing her gold medal.

Hidden away under her shirt, the gold medal set off the alarms when she walked through the metal detector. As soon as the alarms started blaring through the airport, she pulled the medal out from hiding and laughed off her prank. Applause and laughter erupted from the crowd, proving that even Olympic athletes can have a goofy side.

Kelsey Mitchell’s journey to the Olympics

In order to understand what this gold medal means to the Alberta native, one must understand how she got to Tokyo in the first place. Shockingly, the cyclist had not owned a bike until a few short years ago.

“I came back and I was completely lost and I didn’t really know what I was doing with my life,” Mitchell explained, referring to when she returned from a 3-month-long trip to Southeast Asia where she contracted an illness that landed her in the hospital. Upon her return, she was barely a year out of high school and would take odd jobs driving a truck up and down ditches in Alberta. “I would take anything because I was just broke,” the Olympian stated.

Believing that a career in sports wasn’t out of the question, the young Mitchell began exercising daily and signed up for a training ground. At the tryout, a representative of Cycling Canada was in awe at the power she had in her legs.

After not owning a bike since she was 12, she was signed with Cycling Canada where she began competing nationally and absolutely obliterating the competition. After breaking world records for cycling, she was on her way to Tokyo and gold medal bound.

“You put someone against me and I’ll do everything I can not to lose and cross that line first,” she said after her big win. However, she was still humble enough to admit that her accomplishments feel surreal. Mitchell commented, “Every time I’m hearing ‘gold medalist’, ‘Olympic champion’ I’m like, ‘Oh my gosh, it’s real – it’s not a dream.’”