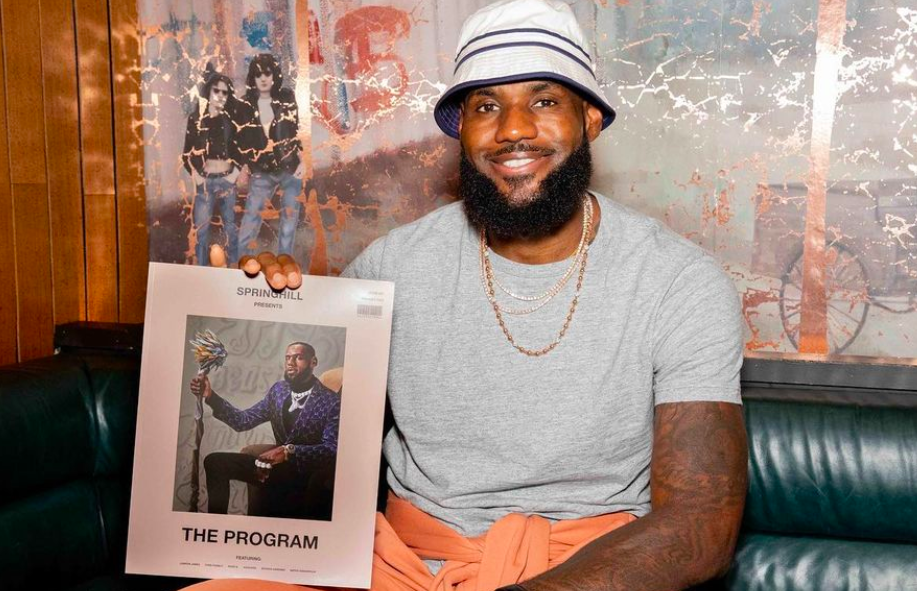 With the prospect of college just around the corner, Los Angeles Lakers star LeBron James‘ 15-year-old son Bryce was excited to announce he received his first Division 1 scholarship offer for basketball.

On Sunday, the teenager took to Instagram and posted on his story that he received a scholarship opportunity to play basketball from Duquesne University in Pittsburgh, Pennsylvania. “Blessed to receive my first d1 offer from Duquesne #godukes,” Bryce wrote on social media, attaching a photo of the college’s logo to his post.

Acting as any proud father would, James reposted his son’s story and congratulated him on all his hard work. The Los Angeles Lakers player added the sentiments, “AYYYEEE!!! LET’S GO MAXIMUS @_JUSTBRYCE.”

It is unsurprising that the 15-year-old was offered a scholarship from Duquesne, considering his family’s long history with the university. The basketball team’s head coach Keith Dambrot previously coached LeBron when he was a student at St. Vincent-St. Mary High School and another coach played alongside James on the St. Mary team.

Bryce is entering his sophomore year at Sierra Canyon High School and is expected to join the JV basketball team whereas his older brother Bronny is entering his senior year and settling into his position on the school’s varsity team.

Over the James summer, the brothers were able to demonstrate their talents on the court alongside one another, to which their father expressed his excitement on social media. “Man I’m literally watching Bronny and Bryce on the court together for the first time in a game situation!! This is INSANE!! I’m EMOTIONAL AF!! WOW,” the 37-year-old father shared.

RELATED: Sue Bird is the Oldest Player to Record a WNBA Playoff Double-Double at the Age of 41

What is 18-year-old Bronny James’ college basketball career going to look like?

Similar to Bryce, 18-year-old Bronny has been considering what turns his career will take as he prepares for college next year.

Rumors have been circulating for months about the future of Bronny James’ basketball career, but he has openly denied committing to a school. In fact, his father even took to Twitter to share that Bronny is yet to even visit schools.

“He hasn’t taken 1 visit yet and has only had a few calls with coaches and universities,” James said after media outlets insisted that Bronny was considering the University of Oregon. “When Bronny makes his choice you’ll hear it from him.”

Although the 18-year-old’s college plans remain ambiguous, his dad has made it explicitly clear the one goal he wishes for Bronny is to make it to the NBA. “Wherever Bronny is at, that’s where I’ll be,” he said in an interview. “I would do whatever it takes to play with my son for one year. It’s not about the money at that point.