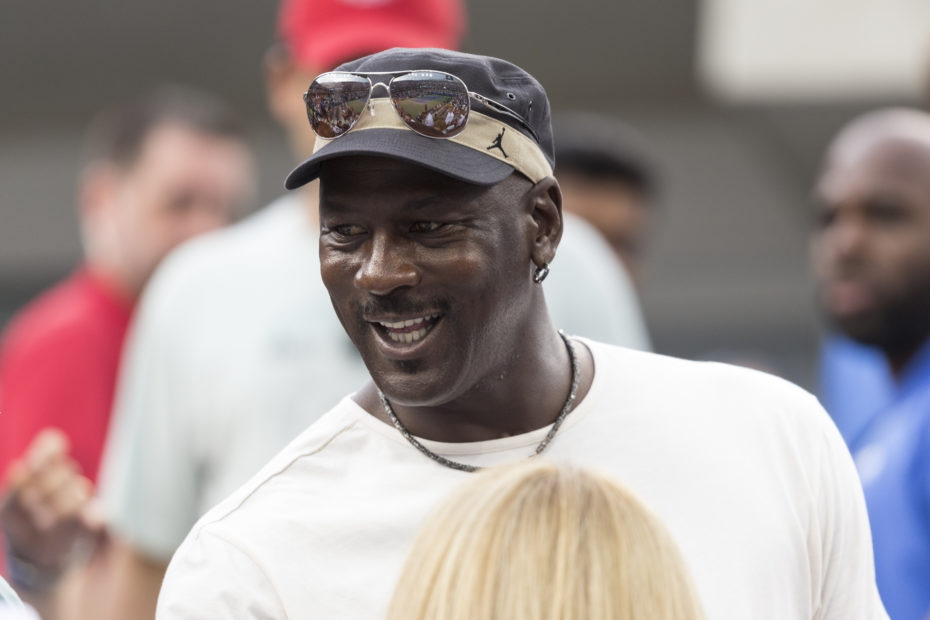 Days After Actor John Cusack Describes What Michael Jordan Told Kobe in their Last Game, Jordan Talks About Making a Difference In His Community

Days After Actor John Cusack Describes What Michael Jordan Told Kobe in their Last Game, Jordan Talks About Making a Difference In His Community

Michael Jordan and Kobe Bryant may have always been opponents on the court, but off the court, they had a mutual respect for each other. Not only because of their talent but because they both had opportunities to make their communities around them better and they capitalized on that.

In an interview with Jimmy Kimmel earlier this week, actor John Cusack shared a fond memory he has of Kobe and Jordan while he sat courtside at the last game they played against each other. The Lakers versus the Wizards. Kobe versus MJ. Their last dance:

“…Everyone knew Michael and Kobe were going to go one-on-one. So, Kobe got the ball, he cleared everybody out. Everybody started to bristle up with anticipation and it was going to be Kobe against Michael. Kobe started to drive, Michael stepped in front of him, right in front of me, and he took the charge. And he went down and Kobe was standing above him and Michael just looked up and he said, “Well, everybody in the…building knew you weren’t going to pass.”…and it was like, the old pro got him…and Kobe just started laughing and they both started laughing.”

“You really felt the passing of the torch,” Cusack explained. “One great to the other, you felt it was a moment in sports.” And they weren’t just great on the court, but off of it as well.

As People recently reported, the living legend has recently opened a second medical clinic in Charlotte, North Carolina. This news comes one year after the first Novant Health Michael Jordan Family Medical Clinic had been opened to the public.

The clinic will now serve underprivileged communities in Charlotte. Novant Health will give healthcare access to those who may not have health insurance.

Jordan had donated $7 million to the medical group in order to make this goal a reality, according to People. While talking with the Charlotte Observer, Jordan said of the accomplishment, “It gives my family great pride to know that we are making a difference in Charlotte.”

A former patient of Novant Health, Diane Brodie, an uninsured west Charlotte resident, once told WSOC that the clinic was the first place where doctors actually listened to her, understood her battle with diabetes, and provided her with the care that she believed “saved her life.”

“I just want him to know, I’m grateful,” Brodie said of Jordan. “And I thank him so much because he has helped so many people.”