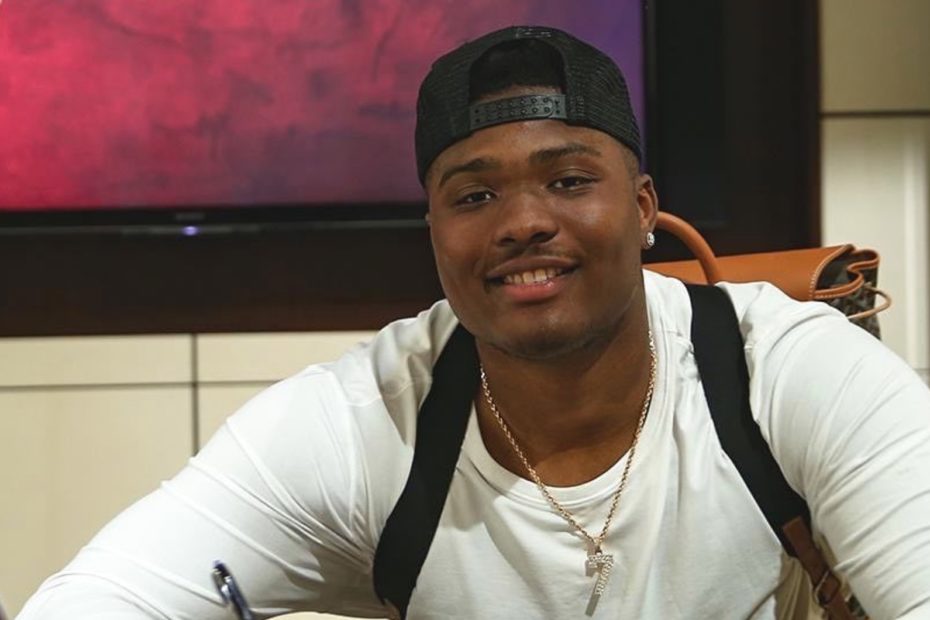 More information regarding Dwayne Haskins’ tragic passing is being revealed. According to CNN, Haskins was hit by a dump truck around 6:30 a.m.

As the report states, “Haskins was trying to cross Interstate 595’s westbound lanes, near the Fort Lauderdale-Hollywood International Airport.” It remains unclear why Haskins was walking across the highway on foot.

In a statement issued by Steelers head coach Mike Tomlin, he said, “I am devastated and at a loss for words with the unfortunate passing of Dwayne Haskins. He quickly became part of our Steelers family upon his arrival in Pittsburgh and was one of our hardest workers, both on the field and in our community.”

“Dwayne was a great teammate, but even more so a tremendous friend to so many. I am truly heartbroken. Our thoughts and prayers are with his wife, Kalabrya, and his entire family during this difficult time.”

Former Ohio State star and current quarterback for the Pittsburgh Steelers, Dwayne Haskins has reportedly died. According to ESPN, Haskins died after being hit by a car.

Haskins was just 24 years old. Haskins would have celebrated his 35th birthday on May 3.

In a tweet shared by ESPN analyst Adam Schefter, Schefter claims that Haskins passed away on April 9 in South Florida. His agent, Cedric Saunders, confirmed the news.

According to ESPN, Haskins was training with some of his teammates when tragedy struck. Information regarding the person driving the vehicle that hit Haskins was not immediately available.

Haskins was a New Jersey native, who was the 15th overall pick in the 2019 draft. He was originally selected by the Washington Commanders before he was later traded to the Steelers.

This year could have been Haskins’ year to sign in the NFL. Haskins was training under Hall-of-Fame hopeful Ben Roethlisberger. Roethlisberger retired at the end of the 2021 season.

His release and throwing motion mechanics are some of the prettiest I have ever seen. … I wish I had that,” Ben Roethlisberger said about Haskins. “I joked that he could throw it through a car wash and it wouldn’t get wet. He’s learning it. It’s obviously a new system for him. He’s young in the league. It’s fun to have that young energy around. Like I said, when he throws a football, it’s pretty.”

Haskins has been in a longtime relationship with his partner, Kalabrya. Many believed based on her Instagram name that she and Haskins secretly tied the knot late last year.

Kalabrya has not yet issued a statement following the tragic news. Haskins’ last Instagram Story post was a quote. It read, “‘It is what it is’ will keep you at peace.”