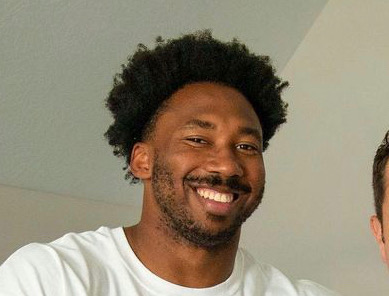 Cleveland Browns defensive end Myles Garrett admitted to the public that after his Week 4 game, he was randomly asked to submit a drug test. Coincidentally, the drug test was requested after he wore a sleeveless jersey that revealed his upper arm strength.

The NFL star would go on to insinuate that the football organization accused him of using performance-enhancing drugs.

“I go sleeveless for one game and they hit me with a ‘you got a random drug test in the morning,'” the 25-year-old athlete tweeted out after the incident occurred.

The drug test transpired after the Week 4 game against the Minnesota Vikings, in which Garrett helped his team come out with a 14-7 victory. Despite the fact that he had five tackles and half a sack, the world only seemed to focus on the sleeveless jersey that showed off his physique. In fact, it seemed as if they thought his physique was due to possible cheating.

The conversation may have ended there had Garrett not gone on to wear yet another sleeveless jersey in the Week 6 game against the Arizona Cardinals last Sunday. Once again, the defensive end player was requested to do a random drug test.

“I go sleeveless TWO TIMES and get ‘randomly’ drug tested BOTH times… I’d try 3 for 3 but they can miss me with the blood draw,” the athlete said on Twitter. He additionally shared, “Not the vibe. #SleevelessMyles is retired.”

However, ending the streak of wearing sleeveless shirts didn’t seem to help the situation. After the game against the Denver Broncos, Garrett was once again asked to submit another drug test. Instead of implying that the NFL is accusing him of cheating, the player just joked, “Yeaaa they are trying to clone me.”

The Jacksonville Jaguars kicker, Matthew Wright additionally spoke out about his experience with random drug test screenings when he got wind that Garrett was experiencing the same problem. “I feel your pain,” Wright replied to the Cleveland Browns player via Twitter, which showcased Wright wearing a sleeveless jersey as well.

Only a few hours later did the 25-year-old athlete respond back with the sentiments, “it’s tough out here for us… time to bring the long sleeves out.”