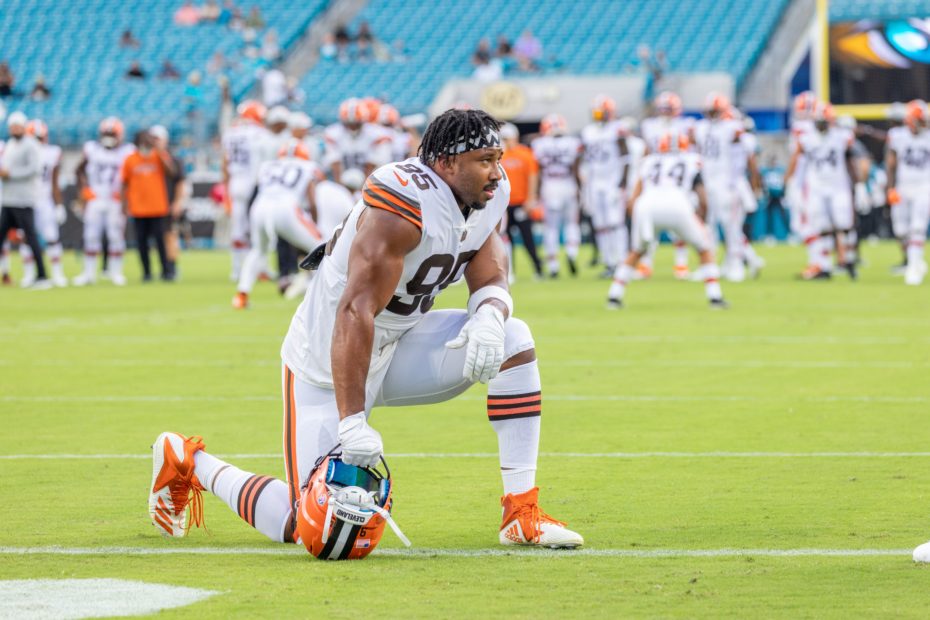 NFL star Myles Garrett was hospitalized after being involved in a one-car rollover accident in Sharon Township, according to Ohio State Highway Patrol.

The incident occurred before 3:00 pm approximately 40 miles away from Cleveland when Garrett was leaving his practice at the Browns’ training facility in Berea, Ohio. The vehicle steered off the side of the road and flipped over before coming to a stop.

“When troopers arrived on [the] scene, they discovered a gray Porsche 911 Turbo S off the right side of the roadway with rollover damage,” Ohio State Highway Patrol Sergeant Ray Santiago told CNN reporters in an interview. As of now, it is unclear what the athlete’s state is and if he will be able to play in the upcoming game against the Atlanta Falcon.

Santiago reported that the defensive end was accompanied by one other passenger and suffered “non-life-threatening injuries.” Both Garrett and the other passenger were transported to a nearby hospital after first responders addressed the scene of the crash. The athlete was able to slowly walk himself to the ambulance with the help of paramedics at the scene, per ESPN.

“Currently, our focus is on providing Myles the medical care needed for him to return to football activity,” Andrew Berry, Browns executive vice president, and general manager said in a statement that addressed the accident. “Although we hope to have him back soon, his availability for Sunday’s game in Atlanta will be evaluated by team doctors throughout the week.”

Although it seems apparent that drugs and alcohol were not responsible for the rollover, the crash remains under investigation by Ohio State Highway Patrol. Garrett reportedly did not suffer any serious injuries, nor did he break any bones. He was also wearing his seatbelt at the time of the crash. After he was assessed by doctors, he was able to leave the hospital on the same day as his admission.

“While we are waiting to learn the extent of his injuries, he has been alert and responsive,” the Browns star’s agent Nicole Lynn tweeted when giving an update on her client’s medical status. She added the information, “The Garrett family would like to thank the medical personnel that got Myles and his passenger out of the vehicle and safely transported to the hospital.”