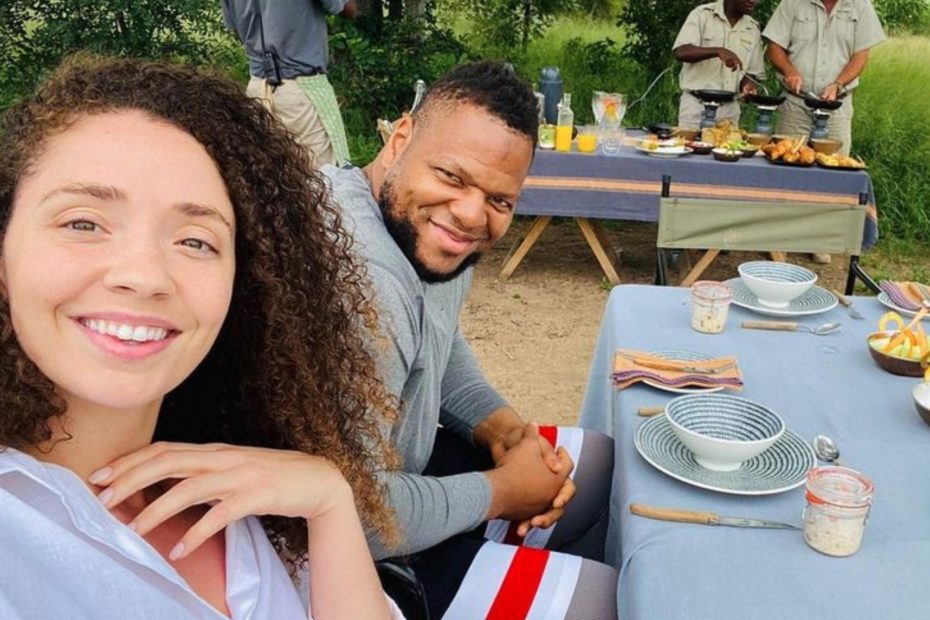 Ndamukong Suh is a force to be reckoned with on a NFL field. Suuuuuh as he’s called by fans from the stands (or more-so via virtual this year) as he makes a big play on defense, will be lining up across from Patrick Mahomes and that dynamic Chiefs offense in just a few days in the Super Bowl.

RELATED: Ndamukong Suh And Wife, Katya, Announce They Are Having Twins: ‘We’re Adding…Two New Team Members To Our Starting Lineup’

The five-time Pro Bowler and three-time All-Pro will hope to add a Lombardi Trophy to his NFL resume, joining his teammates Brady, Gronk, Mike Evans, and co. on a Super Bowl postgame podium with confetti flying down.

But, even as great as winning a Super Bowl would be (and not to mention winning one at your home field in Tampa) there’s so more on the horizon the defensive tackle is looking forward to. Something even greater.

Suh is expecting twins with his wife, Katya, in just two months as he talked excitedly about becoming a father to James Brown, Ray Lewis, Michael Irvin, and Inside the NFL.

“My beautiful wife is two months away from giving birth to our twins and we’re super blessed,” Suh said on Inside the NFL. “It runs in the family so we’re excited about it. The stress and the things that she has to deal with, first trimester was not fun, luckily we’re in the healthy, third trimester and there’s some sleepless nights…I know there’s many more coming in the future. So we’re excited about it. It’s a…true blessing. We’re both in this pregnancy but she takes the brunt of it.”

Congrats to the Suh family!

Pretty soon, their family will double in size.

Suh’s wife talked to People in an exclusive on how she’s feeling about it:

“It might sound a little odd, but I’m looking forward to the challenges of parenthood,” Katya Suh said to People. “I think it’s such a great thing, in a unique way, of seeing a lot of different couples grow together as you get hit with different adversity…You can only prepare so much…I’m excited to really bond and grow with Ndamukong as we raise these two beautiful babies.”

Katya also talked to People on the excitement for the Super Bowl.

“To say we are excited is an understatement,” Katya said to People. “And for it to be here in Tampa too, is just kind of a whirlwind, to say the least…A beautiful thing that I absolutely love about my husband is he FaceTimed me right away (after clinching the NFC Championship). It was something that I was able to be there with him while he was in that raw emotion of just being so excited and so happy. I still felt like I was there even if I wasn’t physically there.”

The Suh’s have been enjoying each other and got a private tour of the Florida Aquarium to celebrate one of the Bucs’ playoff wins and Ndamukong’s birthday!