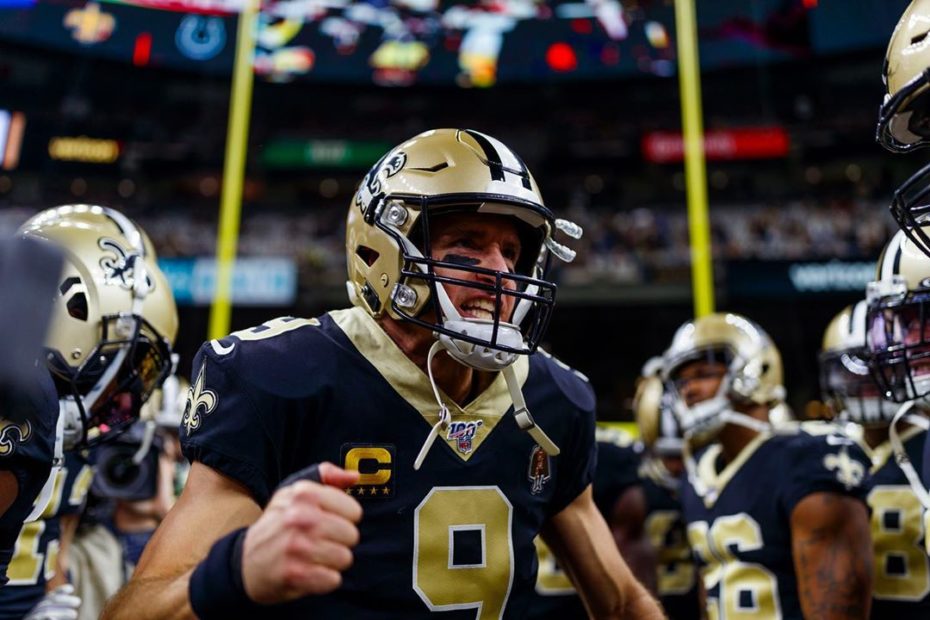 Why the New Orleans Saints Won’t Make the NFC Championship

Why the New Orleans Saints Won’t Make the NFC Championship

The New Orleans Saints who went 13-3 last year, earning the 3 seed and narrowly missing the 1 seed had they beaten the 49ers, were upset by the Minnesota Vikings in an overtime thriller that ended with a Kirk Cousins touchdowns pass to Kyle Rudolph.

The Saints just re-signed Drew Brees to a two-year contract worth over $50 million. Additionally, they signed Emmanuel Sanders to a two-year $16 million deal.

While Michael Thomas was an outstanding receiver for the New Orleans Saints with 1725 yards, the Saints secondary wide receiver, Ted Ginn, had a measly 421 yards. Thus, Emmanuel Sanders will provide a huge boost to the passing game, similar to the situation when he joined the 49ers midway through the year in 2019.

Despite all of the Saint’s talent, they will not make the NFC championship.

Assuming the Saints don’t receive the one bye available in the NFC, they must therefore win two playoff games to make it to the NFC championship.

The 49ers are going to have another stellar year in 2020 with almost all of their players returning. In the playoffs, their defense would suffocate the Saints allowing little points while Jimmy Garoppolo and the 49ers’ other weapons on offense including George Kittle, Raheem Mostert, and Deebo Samuel, would control the pace of the game.

This game is a tossup. Both Aaron Rodgers and Drew Brees are elite, yet aging quarterbacks. I could see this going either way.

Russell Wilson, similar to Aaron Rodgers, is a very strong playoff quarterback, yet I believe that Drew Brees along with Alvin Kamara would slice Seattle’s defense to pieces, especially with the loss of Jadeveon Clowney.

The Vikings beat the New Orleans Saints twice and they’ll do it again. Even without Stefon Diggs returning, Kirk Cousins would keep the Vikings in the game long enough for them to edge out a victory, assuming that the Vikings’ defensive line holds up to standard.

Even if the Buccaneers defense couldn’t stop Drew Brees, Tom Brady, a top quarterback in NFL history, with two elite weapons in Mike Evans and Chris Godwin would outmatch whatever game-plan Sean Payton managed to put together. It would be a battle of two unstoppable offenses, but the Bucs would come out on top.

The Saints would crush the Eagles with their pass game, and Carson Wentz would be shut down by the Saint’s defense, giving the Saints a clear edge.

Despite the Saint’s undeniable talent, and great 2019 season, I believe they would lose to 3 out of the 5 opponents with one tossup in the playoffs making it a very difficult path for them to make the NFC championship next year.