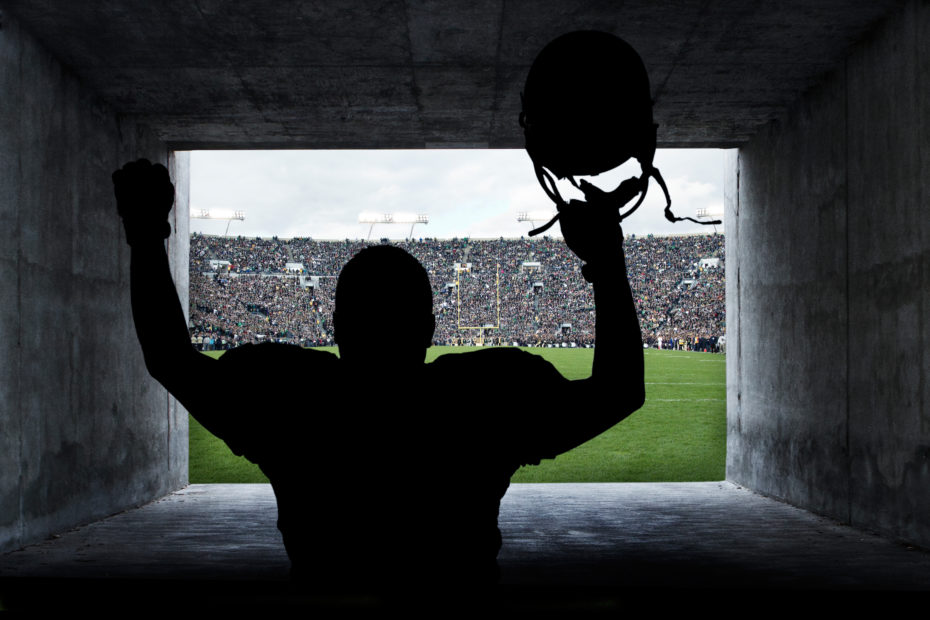 Did you know that most NFL practice squad salaries compare to that of most dentists and physicians? That might surprise a lot of people considering how little attention these players get. And while they don’t play on Sundays, they still make much more than the average person.

Let’s not forget that the NFL is the richest and most profitable professional sports league in the world – along with Major League Baseball (MLB). The NFL pulls in roughly $13-$16 million in revenue every year and while the COVID-19 pandemic hurt a little, they’ve recovered well.

The average NFL team is worth nearly $3.5 billion and while most players are compensated well, there’s still a large gap between what the players make and what the owners make. You don’t really recognize it with today’s superstars, but you do with NFL practice squad salaries.

How Much Are NFL Practice Squad Salaries?

NFL practice squad salaries range anywhere from $165,000 to $252,000 per year minimum – more than what the average American makes per year, which is abou $50,000. Some practice squad players make more than the minimum and some even twice as much as the minimum.

Like those that make the regular roster, NFL practice squad players are paid on a weekly basis during the season, which amounts to roughly $9,200 to $14,000 per week for 18 weeks. You also have to consider the sponsorships, signing bonuses, and other income sources they have.

Dentists make $180,000 per year on average. Some of us enjoy and look forward to the dentist, while others hate and even fear the dentist. No matter which side of the spectrum you fall on, you can’t deny the importance of oral health and necessity of those annual dental check-ups.

Dr. Diane Straub is one former athlete that eventually turned to pedatrics. She’s a former two-time gold medalist at the Paralympic Games for swimming, but became a top pediatrician in the state of Florida later in her life. She has achieved a lot, despite not having a right leg.

Airline pilots and co-pilots make roughly $187,000 per year on average. Let’s be honest, pilots have one of the coolest jobs in the world. While it comes with a lot of responsibility, it also comes with a pretty big paycheck. You get to travel the world and you always have a nice view at work.

There are a lot of famous athletes that have or had their pilots license, including Tom Brady, Tony Stewart, Cory Lidle, Alexei Kovalev, Bobby Clampett, Greg Biffle, and Matt Kenseth. It’s clear that athletes are extremely attracted to the thrill of controlling and flying an airplane.

Nurse anesthetists make roughly $189,000 per year on average. They’re registered nurses that assist or collaborate in providing pain medication (anesthesia). Nurse anesthetists care for the patient before, during, and after anesthesia is administered, ensuring a safe environment.

The nurse anesthetist assists the anesthesiologist and monitors the patient’s bodily and biological functions while under medication. One notable athlete-turned-nurse anesthetist is Mark Barr. He’s a former Paralympian swimmer that won 2018 Elite Paratriathlete of the Year.

Chief executives make roughly $198,000 per year on average. Also known as a chief executive officer or CEO, these guys are the big guns at any company. They manage the company’s operations and delegate tasks to those below them. When things go bad, they’re often blamed.

It’s extremely common for athletes to become CEOs of their own companies and sometimes other people’s companies. For example, former New York Yankees’ superstar Alex Rodriguez is the current CEO of A-Rod Corp, an investment firm that works with promising businesses.

Internal medicine physicians, also known as internists, make roughly $211,000 per year on average. These physicians specialize in the detection, diagnosis, treatment, and prevention of internal diseases – those that affect internal organs, such as the heart, kidney, liver and lungs.

Although not common, there are several internists that pursue a career in sports medicine and most of these people are former athletes – usually at the collegiate level. Nancy Gritter is a name worth mentioning – she became the first female lead internist for an NFL team in 2018.

One famous athlete that became a family care physician upon retiring was Randy Gregg. He spent 10 seasons in the NHL before completing a residency at the University of Alberta. He currently runs a successful sports medicine practice as a family physician in Edmonton.

Elaine Lim is referred to as the ‘Master of Implant Prosthodontics’ by the ICOI and has enjoyed a successful career in dentistry. Before that, she was one of the world’s most promising table tennis players and is currently a blue badge umpire for the International Table Tennis Federation.

Psychiatrists make roughly $217,000 per year on average. A psychiatrist is a mental health professional that specializes in the detection, prevention, diagnosis, and treatment of mental health disorders. They’re similar to a psychologist, but treat more complex conditions.

Psychiatry has become an extremely important component to some athlete’s lives. With mental health awareness at an all-time high in the sports community, sports psychiatrists are being employed by many top athletes to help them achieve greatness both on and off the field.

Ophthalmologists make roughly $219,000 per year on average. An ophthalmologist, also known as an eye surgeon, is a medical doctor that detects, prevents, diagnoses, and treats eye disease and other eye-related conditions. They often specialize in surgical procedures.

One athlete that comes to mind here is Dr. Renée Richards. She’s a former professional tennis player and one of the first professional athletes to identify as a transgender. After retiring from tennis, she became an ophthalmologist – in addition to coaching  Martina Navratilova in tennis.

Orthodontists make roughly $238,000 per year on average. An orthodontist is a specialty in the dental space that focuses on detecting, diagnosing, treating, and preventing misaligned teeth or jaws. If you’ve ever had braces or a retainer, then you’re well-aware of the orthodontist.

We previously mentioned Billy Cannon as one of the three notable athletes turned dentists, but he also graduated with a degree in orthodontics from Loyola University Dental School. He was hired by the Louisiana State Penitentiary’s dental clinic and passed away on May 20, 2018.

T.J. Abraham is a former football player that eventually became an obstetrics and gynecology doctor. Despite delivering thousands of babies, he was forced to retire at the age of 42 due to a brain injury he likely suffered during his football days. It’s a sad story, but a reality for many.

Surgeons make roughly $250,000 per year on average. Of course, there are plenty of surgeons out there that make way more than that, but it all depends on what type of surgeon you are. Nonetheless, it’s clear that surgeons are typically at the top of the medical field among doctors.

Two athletes I’d like to highlight here are Myron Rolle and Dan Fortmann. Rolle was a linebacker in the NFL for three years before pursuing a career as a neurosurgeon. Fortmann spent eight seasons in the NFL, but also spent time as a surgeon for the Navy and St. Joseph Hospital.

Anesthesiologists make roughly $271,000 per year on average. They’re responsible for creating anesthetic plans and administering anesthesia to patients. While they sometimes have their nurse anesthetists administer the anesthesia, they’re always monitoring the procedure.

Nate Hughes is a former NFL player that later pursued a career as an anesthesiologist. He’s currently a resident at the University of Mississippi Medical Center in Jackson, Mississippi and was hard at work during the COVID-19 pandemic’s darkest day as he helped patients daily.

The minimum an NFL practice squad player can make is $165,000 (for rookies and those with less than two years experience) or $252,000 (for those with at least three seasons in the NFL), but how does that compare to some of the league’s biggest superstars? Prepare to be shocked.

YOU MAY ALSO LIKE: 20 of the Shortest NFL Players Who Proved Height Means Nothing