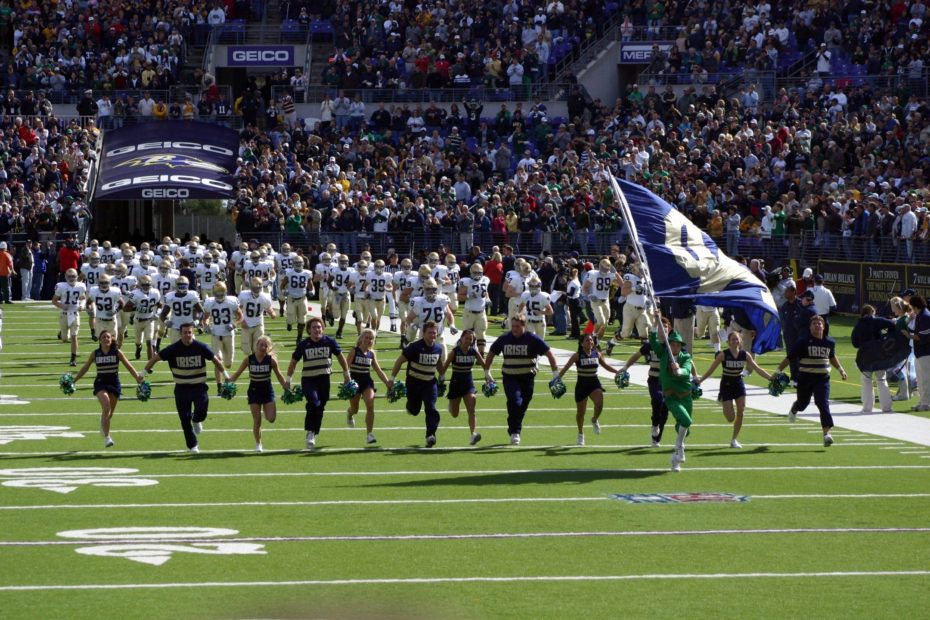 Notre Dame, a world-renowned university, has just updated its fight song to include its female students.

Last Thursday, the school’s president Rev. John Jenkins announced on Thursday night that the historic song would be undergoing a change for the first time in 114 years. Typically, the “Notre Dame Victory March” only recognized the men who belong to the notable institutions.

However, the Leprechauns now have an updated song that celebrates all of the student body. The university also confirmed the name change on Twitter.

The updated song debuted on Thursday night at a gala held on campus. During the announcement, Rev. Jenkins gave his gratitude to the “contributions of women” who have made the Catholic university so successful.

“The success Notre Dame enjoys has been shaped by the extraordinary leadership and contributions of the women who have been and are a part of the Notre Dame community — beginning with the four Holy Cross sisters who arrived in the Indiana wilderness in 1843, to those who lead, teach, learn, minister and work here today,” Jenkins began in his statement, addressing the student body.

Continuing, the university’s president shared, “on this occasion of the anniversary of the admission of undergraduate women in 1972, we celebrate the invaluable contributions of women as students and graduates.”

RELATED: James Hinchcliffe, 35, Learned Unforgettable Skills During His Time on ‘Dancing with the Stars’

“The re-imaging of the Main Circle will be a tribute at the heart of our campus to the ways in which these women have inspired, led, and enriched us,” he said.

The name change comes after celebrating the 50-year anniversary of Notre Dame allowing female undergraduates to be admitted to the institution.

When the school was initially founded, it was an all-men-school, until the first female students were admitted in 1972. The anniversary also coincides with the establishment of Title IX, a rule against gender-based discrimination in educational fields.

As one of the most identifiable fight songs in college history, the inclusion of women is a large step forward in bridging the gap of gender inequality within the United States.