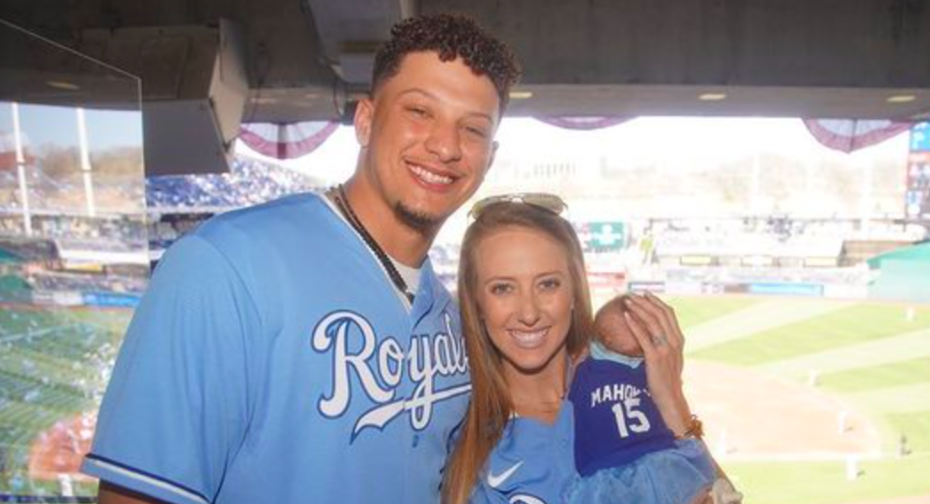 Patrick Mahomes Recovering From Injury And Enjoying Being A Girl Dad

What happens when you have an off-season brimming with so much joy and hope from being a new #girldad while also dealing with an injury?

Well, you make the most of it, of course.

It looks like that’s what Patrick Mahomes has been doing!

From proudly holding his daughter…

To taking her out to the ball game…

To celebrating Easter as a family together…

The quality time has been real, seemingly soaking up the moments with his daughter.

All the while the 2020 Super Bowl MVP is recovering from a turf toe injury that he played through in 2021’s Super Bowl according to USA Today Sports Chiefs Wire’s Charles Goldman.

Patrick Mahomes recently spoke about his injury as reported by ESPN’s Adam Teicher.

“I think I’m progressing well,” Mahomes said per Teicher “I think I’m ahead of schedule myself. Obviously, we’re trying to be cautious. We’re not pushing me out there too soon. But I’m doing what I can. I’ve gotten out of the boot finally. It took forever. Now I’m trying to get back on the field and get that stuff working. I’m sure they’ll keep me on that same pathway and that hopefully I can do some stuff by the end of the offseason.”

ESPN’s Teicher also mentioned that “Mahomes, a new father, and Reid said they’ve received their vaccinations for COVID-19. Reid said about 18 Chiefs players have been vaccinated.”

“To me it was more of a personal decision with having a baby girl and knowing I was going to be around people,” Mahomes said via ESPN. “I wanted to make sure I did whatever I could to help keep her healthy.”

Mahomes’ coach, Andy Reid, also took the vaccine and he “said about 18 Chiefs players have been vaccinated” according to ESPN.

This comes amidst hesitation from professional athletes to take the COVID-19 vaccination.

According to the Wall Street Journal’s Ben Cohen and Andrew Beaton, “NBA, NFL and Major League Baseball officials say a significant percentage of players—perhaps even a majority in some leagues—have expressed concerns about taking the vaccine when it becomes available to them.”

Cohen and Beaton mention “the mistrust in the Black community of a healthcare system that has discriminated against them is contributing to many athletes’ uneasiness about receiving vaccines that were developed in record time.”