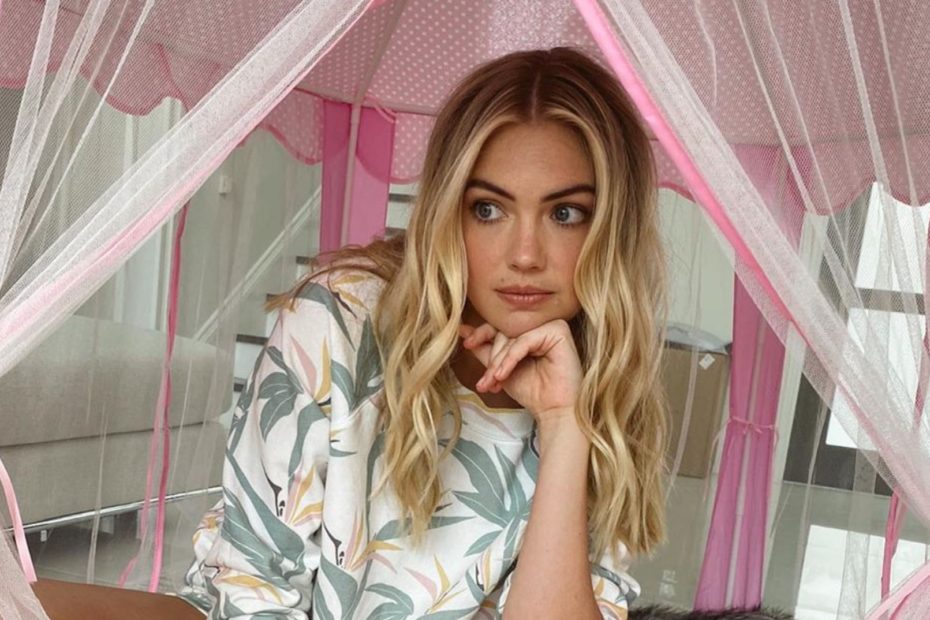 One of the most popular magazine issues of all time is the Sports Illustrated Swimsuit issues that comes out every year. Not only does it showcase beautiful women, but in recent years, the issue has celebrated beautiful women that come from all backgrounds, shapes, and sizes.

And while we have already gone through some of the best Sports Illustrated cover photos, let’s take a look at some of the most popular models who have been featured in SI’s swimsuit issue and what they are up to now. After all, most of us are still doing our best to remain socially distanced and in our homes as much as we can, so why not waste a little bit of time by seeing what some of the world’s most successful models are up to in quarantine.

What’s quarantine like for the model who graced the cover of Sports Illustrated four times? Oh, you know, she’s just hanging out in pink princess tents while her daughter is off having the run of the house, we can only assume. Or, maybe Upton’s little one is giving her dad, Astro’s Justin Verlander a few tips for the next time he takes the mound?

Based on Kate Bock’s Instagram feed, she and her boyfriend, Cavalier’s Kevin Love, have truly been enjoying this time together. Being two very busy people, Bock and Love would be hard pressed to find this much quality time together if the world wasn’t spending the majority of their time in their home in order to stop the spread of COVID-19.

Whether it be tending to her garden or spending the day on her boat with her family who has been quarantined with her, Sports Illustrated’s Christie Brinkley is making the most of a weird situation! And we have to say, how does she look this good at 66 years old?

Speaking of being quarantined with Christie Brinkley, that’s exactly what Nina Agdal is doing. Agdal’s longtime boyfriend is Brinkley’s son, Jack, and they have been living in Brinkley’s guest house during the pandemic. Agdal has also been working on growing her wellness business that is called The Agdal Method, which offers at-home workouts for all types of people.

With television slowly making its way back, Tyra Banks, who was the first Black model to grace the cover of Sports Illustrated’s Swimsuit edition, is about to get a little bit busier as she was named the newest host of ABC’s Dancing With the Stars this season!

If Klum isn’t hanging out with her husband and her four children, then she’s either judging America’s Got Talent or Germany’s Next Top Model! Klum has also been focusing on one of her lesser-known hobbies as well… painting!

When she’s not chillin’ out by their pool with her two children and her husband, John Legend, Chrissy Teigen is busy growing their third child and working on her very successful cookware line, Cravings by Chrissy Teigen. It’s either that or she’s cooking the most delicious looking meals and sharing the process with her fans on social media.

Brooklyn Decker is getting in a lot of snuggles during this quarantine. While raising her two children with her husband, retired Tennis player Andy Roddick, the couple has been hunkered down in North Carolina and simply appreciating this family time away from it all.

When it comes to Irina Shayk’s personal life, she does a very good job of keeping it a secret. She doesn’t even post much about her day-to-day on her Instagram account. And while we know she shares a daughter with her ex-boyfriend, actor Bradley Cooper, this picture shows she’s also been spending quarantine loving on her very beautiful dog.

Not only was Jasmine Sanders one of the three cover models selected to grace Sports Illustrated’s 2020 cover of the issue, but she’s also been very busy actively advocating against police brutality. And when Sanders isn’t doing that, she’s enjoying time by the pool, working, and hanging out with her boyfriend.

Olivia Culpo has been quarantined with her boyfriend, Panthers’ Christian McCaffrey and her younger sister, Sophia. She also became a dog mom during this time at home to the cutest little puppy she named Oliver Sprinkles. How sweet is that?

Whether it be taking bikini-clad naps, working out, or hanging out with her family, who are all very tall (by the way), Bar Refaeli is making the best of a bad situation by keeping her loved ones close and taking advantage of this down time.

Picnics in a grassy field, jets skiing, snuggles with her boyfriend, Buccaneers’ Rob Gronkowski, and their adorable little pup, Camille Kostek did her best adapting to life in quarantine. One look at her Instagram will have you wondering if you should have done more with your free time.

Hanging out, hosting QVC, apple picking with her beau… these are just a few of the things Hunter McGrady did while in quarantine when she wasn’t gracing the swimsuit edition issue of Sports Illustrated.

Whether it be hanging by the pool in her Sports Illustrated swimsuit or marching for justice alongside her friends, Danielle Herrington made the most of her quarantine. 2020 has been an interesting year, but if quarantine and the fight for equality have shown us anything, it’s that if we work together, whether that be side-by-side or from a distance, we can do a lot of good and help a lot of people.

Truly leaning into those summer vibes, Elle Macpherson did it all this quarantine. Between lounging in her bathing suits to maintaining her wellness company, Welleco, is there anything these supermodels can’t do?

Another supermodel turned businesswoman who found a way to still safely work while in quarantine was Lily Aldridge. Aldridge is also widely known for being a very successful model for Victoria’s Secret. And guess what? She’s a mom too on top of all of that!

In quarantine, Barbara Palvin and her man, Dylan Sprouse—of Disney fame—got creative, and instead of sitting at home, the couple rented an RV and visited campsites around the country. They even documented some of their travels with fun skits they shared with their fans on Instagram.

Did you know Paulina Porizkov is a grandma? Yep, she is. And now I’m hoping I look like Paulina when I become a grandmother, anyone else? In quarantine, the retired supermodel has taken the time to organize her home office and she also celebrated one of her granddaughter’s birthdays not too long ago.

Halima Aden hasn’t been very active on social media since COVID-19 emerged. However, the new model has taken to Instagram to share a thank you message to all the essential and hospital workers putting their lives on the line during this difficult time. Aden also shared a bit of her past prior to becoming a model, revealing that she once worked in hospitals sanitizing patient rooms.

It’s true what they say, you shouldn’t judge a book by its cover because these smart and talented women are so much more than just pretty faces in magazines.