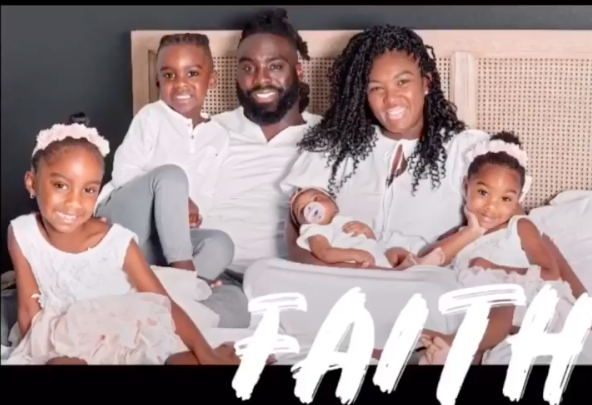 Demario Davis is a New Orleans Saints captain and linebacker on the field. Off the field he’s a husband and father of, as he puts it, “(four) little world changers”.

Davis’ family has been through a lot, including one of his daughters, Carly-Faith. She was diagnosed with a rare eye cancer earlier this year according to People.

“To know what she’s been through, even to the point of having to lose her eye, but her body is free of cancer, we’re able to use her story and bring awareness to a lot of families that probably wouldn’t have known about it if it wasn’t for us going through it,” Davis said to TMZ Sports. “It probably saved them probably that same unfortunate situation we had.”

With Thanksgiving just around the corner, Davis is counting his blessings with a lot to be thankful for.

“It’s just a reminder of how blessed we are,” Davis said to TMZ. “I’m a person that just never tries to take anything for granted.”

And that mindset runs through Davis’ family as his daughter didn’t take a Saints’ win for granted, celebrating the win. Like daughter, like father, Carly-Faith was excited just as her dad is in those locker room fun celebratory dances. In Davis’ Instagram post of his daughter excited after dad getting the ‘W’, Davis said:

“For anyone wanting to know how Carly-Faith doing….. She said WHO DAT!!! 😂😂😂 😂😂😂😂😂Not the champs “yet” baby girl, but I love that energy, keep it going!!!! Letttttsssss Goooooooo #LetMeTellYallBoutTheGodIServe”

Davis said that having his kids be excited for him and being able to (play) for his family, that’s what it’s all about.

“She’s an amazing child and so we’re just anxious as parents to see if God is going to take her eye, what is He going to restore her with, what is He going to give her,” Davis said to TMZ. “Because we know He’s not just going to take something without giving a double portion back. So, it’s exciting. So…just seeing that video is just a reminder of so many blessings that we have around us.”