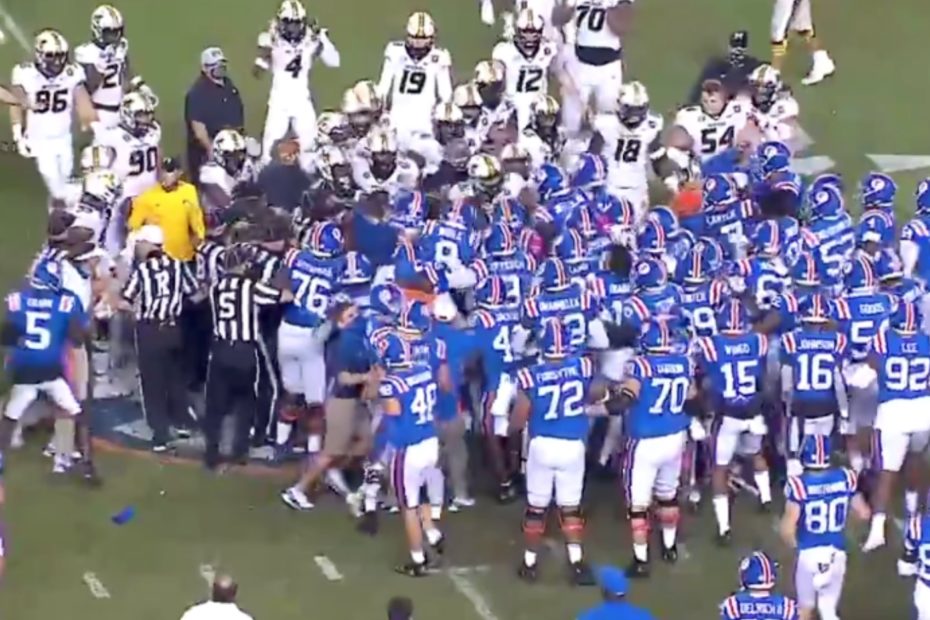 According to several reports, Mullen was fined $25,000 for violating SEC bylaws governing sportsmanship. “There is no place in college football for the kind of incident that took place at halftime of the Missouri at Florida game Saturday night,” Greg Sankey, SEC Commissioner, said.

“Everyone involved is responsible for meeting sportsmanship standards throughout each game. Running on the field to confront a game official, the gathering of teams in an on-field confrontation and student-athletes throwing punches are all disappointing at any time, but even more so as we work to support healthy competition during a pandemic.”

RELATED: Florida Vs. LSU Game Postponed Due To Increase In Positive COVID-19 Cases

The SEC said that fines will be directed to fund the SEC’s post-grad scholarship program. As well as Mullen’s fan, several players from both teams were ejected for the remainder of the game or given suspensions for their involvement.

Florida defensive lineman Zach Carter and linebacker Antwuan Powell were ejected for the remainder of the game Saturday for fighting and Missouri outside linebacker Tre Williams was also ejected for a flagrant unsportsmanlike penalty. Carter and Powell will miss the first half of their next game because of the ejection.

After the SEC reviewed the video, Missouri linebacker Chad Bailey, offensive lineman Dylan Spencer, and defensive lineman Markell Utsey were also given half-game suspensions for fighting and will miss the first half of their next game.

“We went out there trying to get our guys off the field ’cause it was getting testy,” Mullen said after the game while wearing a Darth Vader costume. “We have a big game next week. I think it kept growing and growing. We were trying to push guys back and unfortunately…trying to get in the middle, get the officials to get in the middle…get us in the middle, get their team off, our team off…but everyone’s running to the locker room and it kind of keeps spilling down that way.”

As Mullen went on to say, it’s what you could call a series of unfortunate events in Gainesville. “It’s not something we condone, obviously. It’s not something that you really want to see in the game, at all.”

According to USA Today, the brawl was incited after Florida coaches and players took to retaliate against a hard hit on quarterback Kyle Trask.