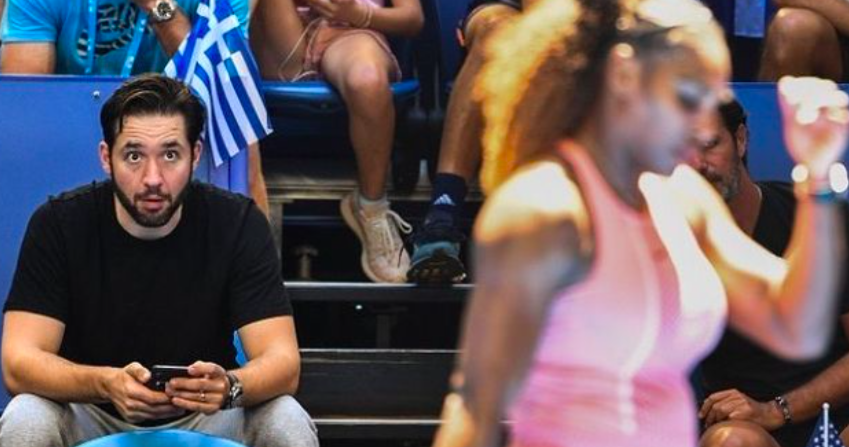 Serena Williams’ Husband Defends, Stands Up For Her After Negative Comments Were Said About Her

Serena Williams’ Husband Defends, Stands Up For Her After Negative Comments Were Said About Her

RELATED: Serena Williams And Alexis Ohanian: ‘We’re Going Into 2021 Well Armed With Blessings And Wish They Abound For All Of You, Too. Especially If You’re Thanking God For Paw Patrol And Chocolate As Regularly as Jr.”

“Safe to say no one gives a (darn) what Ion Tiriac thinks,” Ohanian Sr. said in a Tweet reply to an article that was tweeted.

The article the tweet was referring to was on Ubi Tennis, where it was reported that:

“Ion Tiriac, who is a former world No.8 player and the current owner of the Madrid Open, (spoke) on ‘Network of Idols’…a TV programme which is broadcasted by Romanian public channel TVR”.

In the program, according to Ubi Tennis, per this translation, Tiriac said:

“At this age and the weight she is now, she does not move as easily as he did 15 years ago,” Tiriac said. “Serena was a sensational player. If she had a little decency, she would retire! From all points of view.”

Although he reportedly said “Serena was a sensational player”, those other comments were left in question, especially making remarks on her weight.

This upset Ohanian Sr. so he took to Twitter to defend his bride:

Unfortunately, there seems to be even more comments directed at Williams. From the same person! Ubi Tennis also reported that Tiriac had comments on Williams in 2018:

And Serena’s play in 2020 also speaks for itself. She was ranked eleventh among all singles players per The WTA Tour, played in 20 matches, had 178 aces, and won 82.8 % of games she served. It seems Willams has no plans in stopping anytime soon:

This family isn’t about to let any haters bring them down. They started the new year off right.

And it seems they plan on continue doing so, keeping things in perspective and not letting potential haters bring them down, “going into 2021 well armed with blessings” as they also “wish they abound for all of you, too”.