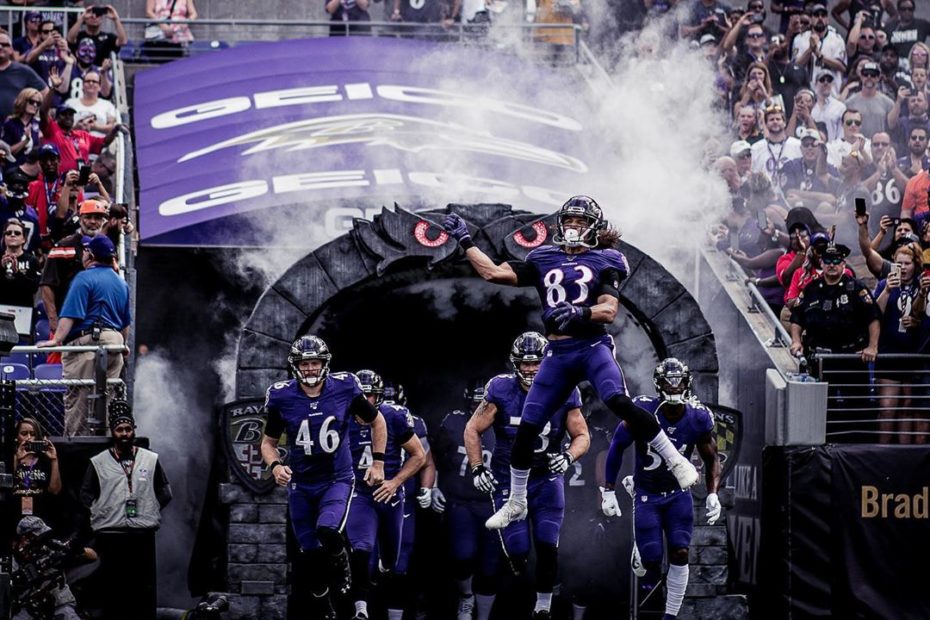 Should the Ravens Be the Favorites for the 2020 Super Bowl?

Entering the 2019 playoffs, many had predicted that the Baltimore Ravens would win it all. However, in incredibly disappointing fashion, the Ravens failed to win even a single playoff game. While they do have the reigning MVP, quarterback Lamar Jackson, on their roster, he has shown the tendency to crack under pressure. So, with all things considered, should the Ravens be the favorites to win this upcoming Super Bowl?

The Ravens lost 28-12 against the Tennessee Titans in the second round of the playoffs and simply could not stop running back Derrick Henry. Unfortunately for them, their strategy of obtaining a lead early in the game, then simply running out the clock by constantly running the ball was ineffective. This led to a huge upset and the Ravens failing to capitalize on an outstanding regular season.

Jackson was undeniably unstoppable last season, with his never-before-seen speed and explosiveness from the quarterback position. His ability to escape the pocket and break down defenses on the run was the Ravens’ greatest weapon. Yet his occasional struggle passing the football was their ultimate demise.

You see, when playing with a lead, having a great run-game allowed for the Ravens to waste clock and maintain the game. However, when playing from a deficit (such as the case with the Titans), they had to rely on their air-attack to bring them back into contention. Jackson threw an astonishing 59 times during the second round of the playoffs and threw only 1 touchdown to 2 interceptions.

While the Ravens had an incredible regular season, I do not think they should be the favorites entering the 2020 season.

The main reason behind this is that their style of play isn’t consistent in the playoffs. While having a good run game is crucial to winning a Super Bowl, sometime during the playoffs you will be playing from behind. Without a reliable passing attack, I don’t see the Ravens winning next years’ Super Bowl.

Jackson seemingly came out of nowhere to become a top QB last season, and teams struggled tremendously stopping him. Yet, with a full season of footage at their disposal, defensive coordinators will have a much better understanding of how to slow him down, and I imagine, will have more success defending the Ravens next season.

I do think that a Super Bowl is in the Ravens’ near future, but I do not think they are the favorites for next season. Jackson still needs to develop his accuracy as a passer to reach his full potential and create one of the most unstoppable offenses in the history of the league.