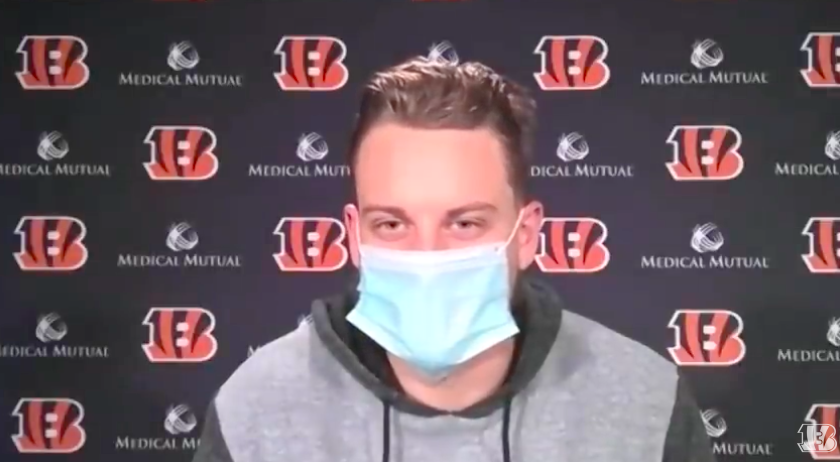 Want To Know What Shows Joe Burrow Watched Over The Bye Week And What The NFL Quarterback Is Scared Of? Watch This

Want To Know What Shows Joe Burrow Watched Over The Bye Week And What The NFL Quarterback Is Scared Of? Watch This

What does an NFL quarterback do over the bye week? Well, watch new shows and play FIFA.

“It was pretty good,” Burrow said. Burrow said he also played a couple video games, including FIFA, a couple times.

Spongebob Squarepants was the show for Joe growing up in the state of Ohio, where he just so happens to have his professional career now. “I was strictly a Spongebob, Disney Channel, Nickelodeon kind of guy,” Burrow said.

Burrow also talked about being scared about a lot of things growing up, including not being able to watch Harry Potter or the Lord of the Rings. Burrow said he’s still scared of scary movies and haunted houses.

But, Burrow jokingly agreed with a media member that he’s not scared of the Steelers pash rush, though, which is who his team is playing against on Sunday.